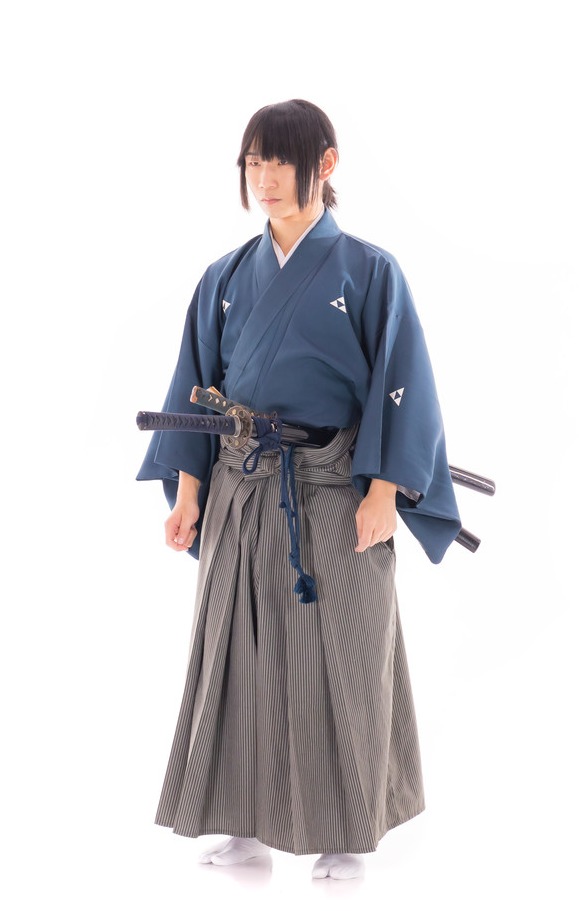 A montsuki is garment bearing a family crest or (a kimono with one’s family crest on it). Considered formal wear, montsuki were traditionally worn to weddings, official meetings, and other special occasions, though they are rarely seen today. The family crests which appear on these montsuki, however, originated in the Heian period (794-1191) and are still widely used; they vary in design from stylized flowers and plants to animals and everyday objects such as fans, keys, and bells.

Hakama or Haori-Hakama is a long, pleated, culotte-like Japanese traditional garment which worn with montsuki. If Japanese say, “montsuki hakama,” they don’t say it literally sometimes, but meaning a formal attire in a business setting.

The following are occasions when montsuki hakama are used