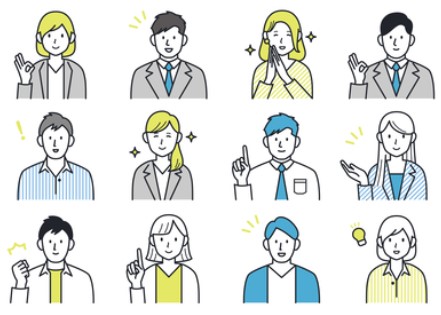 Joe Jones got a job working for a Japanese company that was well-known in his area of technical expertise. He had looked forward to getting to know his boss, Jiro Suzuki, and finding out what sort of projects Suzuki wanted him to start working on. Joe waited for Suzuki to tell him the detailed plan of the project, and also what he was supposed to do. But direction was not forthcoming. He was frustrated. “What kind of manager is Suzuki anyway?” “How come he doesn’t have any game plan?” “How am I supposed to know what to do if he won’t tell me?” ”Why did they hire someone with my track record to work here if they won’t give me anything to do?” However, after working with Suzuki for a while, Joe realized that he was actually a pretty good manager, and that his own expertise was utilized and valued.

The other day, I happened to be seated next to a retired executive of a well-known company, who said to me, “You know, for me, managing is very simple. You tell your people very clearly what you expect them to do, you give them the right information and the right training to do their job, and then you give them a lot of positive feedback when they do what you told them to do.” Most Americans would agree that this is a good leadership style. However, this style is not typical for Japanese managers. In the United States, a leader is supposed to map out the game plan for his or her employees. He or she gives out detailed assignments, and clarifies his or her expectations. Managers are supposed to keep their employees “in the loop” by communicating information from higher up in the chain of command, on a “need to know,” basis, that is, provide the information the employees need in order to do their jobs. Companies are expected to provide training to their employees, to keep them current in their fields. Leaders must communicate well, and persuade others to follow their ideas. When the work is completed, managers must reward employees with positive feedback.

On the other hand, the ideal Japanese manager uses a completely different style for leading and motivating his or her employees. Japanese managers expect employees to be proactive about learning about the company and its vision–by talking with others in the company, and by researching using outside sources such as the Internet. They do not expect to spoon-feed information to their employees. Employees learn to utilize both formal and informal channels in order to get the information that they need in order to get their job done. Rather than formal training, as much as possible Japanese companies try to give their employees on-the-job-training, or OJT. The skills they learn with OJT are tailored to the particular processes within the company, rather than generic training. Instead of giving detailed assignments, Japanese managers give a general idea of what is needed, and expect employees to take the initiative in creating a detailed execution plan. Taking initiative, however, does not mean “taking the ball and running with it” as might be done in the United States. In the Japanese context, taking initiative means using a collaborative approach and getting traction for ideas by consulting with others: their peers and those above and below their rank. While the work is in progress, the Japanese manager expects employees to provide frequent reports and updates. In response to the updates, the manager critiques the work in progress by providing negative feedback about what needs to be improved. When the work is complete, the manager points out its weak points. This motivates employees to think about their mistakes and plan to do a better job with fewer errors in the future. There is generally little positive feedback, even when the work is excellent.

So what happened to Joe Jones and his boss Jiro Suzuki? Eventually Joe, who was a self-starter with good technical skills, started a project on his own related to anew trend in the industry. He put together a detailed Power Point presentation and showed it to his boss. Suzuki peered at the slides a bit and finally said, “Ah, Joe-san, it will be very difficult for this project to succeed. ”Joe decided to work even harder on the project. Fortunately, Suzuki came by Joe’s office later that day, and saw him working some more on his slides. “Joe-san,” he said, “I’m sorry I did not give my opinion clearly enough. I thought that when I said, ‘it will be difficult,’ you would know that I was telling you to stop working on your project. A Japanese employee would know that I meant the idea would not work, but I know I need to explain myself better when I talk to you. I wish that you had come to talk tome before you put so much time on this project. I want you to talk tome about your ideas so I can give you my input based on what I hear from the organization in Japan.

In the United States, employees are given regular performance evaluations. One of the criteria for a good employee is “works well without supervision.” Being a self-starter, Joe worked long enough on his project to have a tangible plan before showing it to his boss for the first time. However, in Japanese businesses, one is not supposed to “be a lone wolf,” or “take the ball and run with it,” one should work well with others. This includes reporting activities to the boss on a more regular basis than is typical in the United States. In Japan, the ideal relationship between employee and boss involves these three elements: reporting, contacting, and consulting. In Japanese, this is called HO (Hokoku), REN (Renraku), SO (Sodan). Reporting status, contacting in case of updates or new information, and consulting the boss over details are done much more frequently than in the United States. Recently, I suggested this approach to a newly-hired executive at a Japanese company. A look of recognition flashed across his face, “So that’s why the president keeps asking me for a weekly report of my activities! I haven’t made a report like that since I was a junior engineer! I was wondering why he kept coming into my office and peering over my shoulder. I don’t have a problem with keeping him in the loop. ”While it takes some adjustment to go from American to Japanese management style, and vice versa, it helps to realize that both styles are valid and have their own logic within their own cultural context.

What kind of boss can you respect in Japan?