Which Is Important, a Final Report When the Work Is Completed or an Interim Report?

Q: During a training period, I was taught that I start a task when instructed and I report to my boss after I have completed the task. However, when I started work, I was told many times to make an interim report before a task was completed. Is an interim report more important than a final report?

A: A task is not completed even if a report has been made.

Please regard interim reporting, interim contacting, and interim consulting in HORENSO as important.

“You start a task when instructed,” “You make a report to complete the task.” These are the fixed phrases in HORENSO so far. It is like when you make a report, a case is closed, in other words, it is an “end.” However,

“What do you do after you have arrived at your destination?”

“For what are you going to your destination?”

The job will continue after you have arrived at your destination.

Therefore, the “objective” of going to your destination is important. If you think about the objective, you will see that making a report is not the end; it is the starting point or the midpoint. Let's remember the famous line, “All reports are interim reports.”

A committee for modernizing corporations or an advisory board came up with the “final report.” It may be the end as a report but the real work starts from there. Whether the bill will be watered down or whether it will be realized hinges on the situation from now. A company has no ends of jobs.

Let me clarify this. I am not denying the importance of reporting immediately when a task is completed. But to perform quality work, it is not enough to just report on the completion.

For example, reporting on your next move after finishing a task or your ideas to deal with an unfavorable situation is needed.

If the objective is clear, a report will be based on the prospect, thus the way of reporting changes accordingly.

(Case example) Staff A in a Fix

The ideas of an event, which Staff A was in charge of, was supposed to be announced in the meeting tomorrow morning. But he did not have any good ideas as his work did not go smoothly as expected. Still the ideas somehow took shape and now the time is before noon.

He has to get the approval from the manager and the director before the meeting tomorrow. So he goes to see Manager B.

Staff A:  “I managed to finish drawing up this plan. I am sorry this is urgent but could you get the approval from the director?”

Manager B:  “Thank you for your efforts. I will keep the plan with me. As I have to go out for a meeting now, I will look through this before tomorrow and give it to the director.”

Staff A:  “Oh no, this is not good. I have to announce it at the meeting tomorrow morning. Can you somehow look through it now? I should get the approval from the director today.”

Manager B:  “That's like a small child asking for the moon.”

Staff A is in a real fix

Keeping Your Superiors' Schedule in Mind

Through this bad experience, Staff A clearly understood the importance of an interim report. You cannot proceed with a job just thinking of your own schedule. At the point when you think that it is difficult to complete the task by the deadline, you need to report it to the manager immediately and make it known to each other the preparation to be taken before the approval.

Interim report is a key more than a final report.

Go on to the Horenso serial (3): Honest Reporting 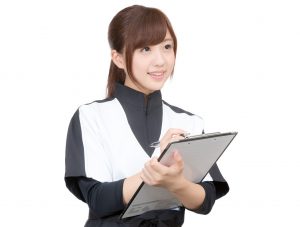 "HoRenSo" for non-Japanese employees (1) What Is Important in Reporting, Contacting and Consultation Is the Awareness of Objective 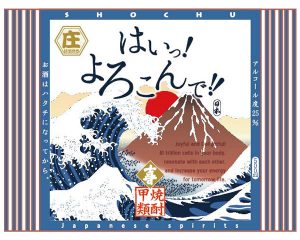 What is yorokonde in Japanese?