How to Write Email on Business in Japan 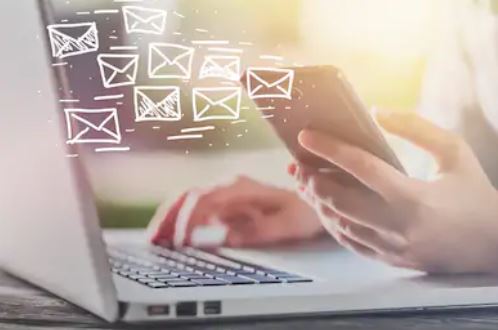 Formality and politeness are important for e-mail in Japanese business

Not Getting a Timely Response

Recently, I was working with some American engineers who were collaborating on a development project with Japanese engineers working for the same company. Bob came by with an email in his hand. “I am going to have to ask our in-house translator to translate my email into Japanese because Ono-san is just not answering. What is the problem? It is in very easy English. I need the samples he was supposed to send me. These guys are so hard to figure out.”

Example of a Difficult Email

Bob showed me his email. It was very short. It read, “Ono-san! Where are the samples you said you would send me? Also, I need full data on them. Bob.”

Why It Was Difficult

Bob complained, “And I thought he was such a nice guy. I was in Japan last week, and he showed me some very interesting things he was working on in the lab, and he even took me and the other guys to Kamakura on the Sunday. Why didn’t he send me the samples like he said?”

Different Levels of Formality Between American and Japanese Emails

Some of Bob and Ono’s miscommunication stems from different assumptions about what should be in a friendly business email. Bob likely felt that since he and Ono had gotten to know each other, they could dispense with the formalities and get down to business. Ono was probably surprised to get such an abrupt email from Bob after all the hospitality he had shown. Japanese engineers work extremely long hours, and it must have been quite a sacrifice of Ono’s family time to spend a day off in Kamakura with Bob.

Another Way to Convey the Message

The email Ono was expecting probably went something like this, “Dear Ono-san. This is Bob in ___Group at ___ Division. Thank you for showing me around your lab and also taking us to Kamakura on Sunday. We had fun. I am glad I finally met you in person. By the way, I have not yet received the samples. Please let me know when you sent them. Also, do you have full data for them? Please email it as soon as you can. I will need to test them by (date). Thank you very much. Regards, Bob.” To the Japanese, good business relationships require politeness and acknowledgement of meetings and favors. I wonder what went through Ono’s mind when he read Bob’s email, which was written in crystal-clear English.

American email style is modeled after American business speaking style, which tends to be informal and gets down to business quickly. Japanese email style is modeled after Japanese letter-writing style, which is much more formal. Within Japanese companies, emails tend to begin with the greeting, “itsumo osewa ni natte imasu,” which in this context, generally means, “I appreciate all your work on behalf of this endeavor,” and end with, “yoroshiku onegaishimasu,” which generally means, “Thank you for your help with this matter.” These greetings are rarely omitted, even though the correspondents have been working closely together for up to 30 years, and the matter is urgent! American informality, which is intended to be friendly, can be mistaken for lack of appreciation.

Americans have been quick to adopt wireless communication tools for business, such as Blackberries, which enable rapid information turnaround. Thus the expectation of immediate or almost immediate responses to inquiries is much greater for Americans than for Japanese. Also, Americans have the advantage of working in English, while the Japanese have to struggle to make sense of abbreviated messages. Americans are masters of multitasking and expect that others are too. Raise your hand if you have seen someone at a meeting checking their Blackberry under the table within the past week. The Japanese can’t fire off responses that easily.

Many of the Japanese with whom I work feel frustrated by the number of English emails they receive in one day. In particular, they have difficulty managing communication when they receive multiple emails from the same person in the same day. They arrive at work, open up their computers and find 10 emails from Bob waiting for them. It is difficult for them to sort out what issues have already been resolved, what priority the requests are, or what data to send. They may find it easier to set all the emails aside to deal with later, and later gets pushed back by other urgent matters.

Here are some ways to handle email communication that help enable the Japanese to respond in a more timely way.

Make an effort to write clearly and to the point. At the same time, greetings and politeness are much appreciated. Your Japanese colleague may have trouble following American football talk, but certainly recognizes “please” and “thank you” on the page.

Begin with an expression of thanks for recent email. Acknowledge any items that were sent.

If you have met face to face recently, thank them for the meeting.

Once you have stated your business or request, thank them for helping you.

Try to avoid abbreviations for greetings, such as TIA. Spell them out.

Most Japanese save smileys and emoticons for personal correspondence.

If you get an email with a long CC: list, don’t assume that the matter is personal to just you and your colleague, reply to the entire list. That way your colleague does not have to piece together later who knows what information. The Japanese assume you will reply all, and many problems arise from information missed in this way. Many more people are involved in decision-making in a Japanese company than in an American one. Even though you may not recognize all the names in a long distribution list, it is important that they stay current with the issue.

When initiating an email, make use of the subject line. If you are asking a question, put “Question about ___” in the subject line. If you are requesting data, put “Requesting data on ____.” Make it easy for the Japanese to know what response is required. If the message is for information only, put “FYI (an exception to the no-abbreviation suggestion above) No response required.”

If you are collaborating with Japanese colleagues who are on a different continent with different working hours, try to bundle all your questions, requests, information etc. into a single, well-organized email sent by you at the end of the day. That way they can arrive at work in the morning, open up their computers and know exactly what you have been working on, and what you need.

Above all, don’t forget to show appreciation, even in an email that is short and to the point.