2. Miyata Industry Co. Ltd. was originally founded as Miyata Seijusho (gun manufactory) in 1881. It changed its business in 1902 and is now well known for its Miyata brand of bicycles. However, how many people know that this company is also a leader in the business of disaster prevention devices and equipment? So, let’s look at the history of Miyata Industry that developed Japan’s first powder fire extinguishers in 1952.

4. It’s a good thing we had Miyata’s Kitchen Eye.

It put the fire out immediately.

6. 1890
Utilizing its manufacturing technology of firearms, the company embarked on the manufacture of the first domestically produced safety bicycle. The company quickly became the top manufacturer in the industry.

We are coming into the bicycle age.

7. After the war
I got an American made fire extinguisher.

9. I wonder if we couldn’t manufacture them.

10. Since we’re a bicycle manufacturer, we have vast experience in metalworking. We also have chemical engineers. Let’s do it.

11. We made the container, but figuring out the balanced size of the powder and improving its mobility are difficult.

12. 1952
Japan’s first powder fire extinguisher was born. The following year, the large-sized Ansul 20 B was perfected.

13. Fire extinguishers have made their way into business and public buildings. However, I believe they will become widely used also in general households.

14. Fire extinguishers are divided into three types depending on the type of target fire.

1963
So far, there were only B and C types of fire extinguishers. Miyata Seisakusho developed a fire retardant that could be used for all types A, B, and C.

This can be used for any type of fire.

15. This led to fire extinguishers being placed in general buildings and apartments. The company name was changed to Miyata Industry. A large factory was newly constructed in Kanagawa Prefecture.

17. There’s a chain around the fire extinguisher.

The dispersed fine powder will get into the server and damage the electrical components. So we’ve decided not to use the fire extinguisher.

18. If that’s the case, there’s no reason to have a fire extinguisher.

We’ll have to make a new fire extinguisher that doesn’t use powder.

Hiroyuki Takahashi, a department manager (at that time)

19. 2002
The CLEANMIST fire extinguisher that used pure water instead of powder was developed.

20. Let’s use this technology to make a safer fire extinguisher for households.

Statistics show that if a fire extinguisher is used, the probability of putting out the fire at the initial stage is high.

21. A lot of consumers are worried about their own personal safety with powder fire retardant. They dislike above all becoming dirty from the powder.

22. For households, safety and ease of use are essential.

23. Cooking oil is the main cause of most household fires.

24. Since acetic acid is highly effective against the spreading of fire, let’s make a fire retardant based on vinegar.

We can substitute Chinese herbs for the foaming component and sweetener for the adhesive.

This would be safe even if ingested by accident.

The production process is the same as that for food. We’ll need a clean environment.

This will change the concept of fire extinguishers.

27. Design the fire extinguisher so that you don’t have to be strong to use it.

I want a handy type that is small and lightweight.

28. Let’s eliminate the hose and change the style of the extinguisher so that people can operate it safely using both of their hands.

29. The design is not like a fire extinguisher and fits the décor even in a kitchen.

30. We can use our technique for painting bicycles to give a beautiful finish to it.

31. 2008
The Kitchen Eye an epoch-making fire extinguisher for households using vinegar as its base was born.

32. Because the Kitchen Eye uses a safe liquid instead of powder, it’s easy to wipe up after use.

Cleaning is a snap.

33. The Kitchen Eye has greatly changed the image of fire extinguishers. 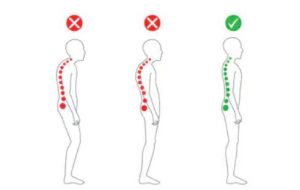 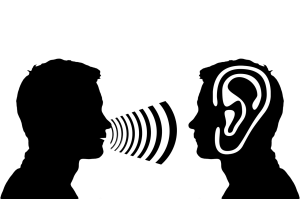