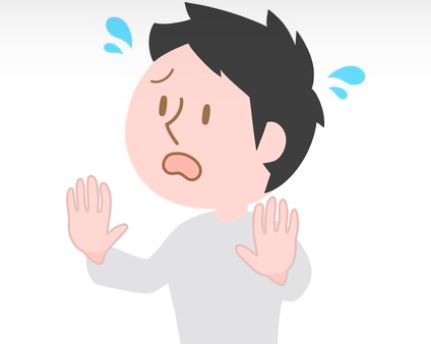 As you may know, “desu (です）” can be added to make a Japanese sentence sound polite. So in this case as well, “Muri desu （むりです）” sounds better. But it can be used without “desu” if you want to say it casually. “Muri” is used when you think it is impossible to do something. For example, a friend of yours asks you to lend him one million dollars, you’d probably reply, “Muri!” Or if your boss asks you to finish some difficult and time-consuming task by tomorrow, you’d probably want to say, “Muri desu” instead of just “Muri!” “Muri” always shows a refusal, but if you say to your coworker, “Muri shinaide （むりしないで）,” it means “Don’t work so hard.” It is a good expression since it shows your companionship with each other. Use it when you see your coworker always busy working.

As a side note, the Korean word for “muri” is “무리” which is pronounced the same way. Korean, like Japanese, has words and phrases derived from Chinese characters. Most of them have the same pronunciation as in Japanese. This word “muri (無理)” is one of them.

There are similar words: “Mura” and “Muda.” See the relate article here to see the difference between them.

彼の言っていることには“無理がある”
What he says is “unreasonable” (“against reason”).

そんな“無理”は通らないよ
Such “an unreasonable” (“unjustifiable”) “thing” can’t be accepted.

“無理する”ことないよ
You don’t have to “force yourself.”

これは“無理な”お願いでしょうか
Am I asking you “too much?”

今すぐには“無理だとしても”いずれは自分の店を持ちたい
It “may not be possible” right now, but someday I’d like to own my own store.

あなたもぜひ1度そこへ行ってごらんなさい.もちろん“無理に”（→意に反して行くべきだ）とは言いませんが
I really think you also should go there sometime. Of course, I’m not saying “you should go against your will,” however.