Do the Japanese Accept Women As Managers?

A widespread myth exists that the Japanese do not want to do business with non-Japanese managers who are female. Some US companies take this as a given and do not assign women managers to interface with their Japanese partners and clients. I described one such case in a previous article, “Bringing in New Team Members”. In it, my client concluded that it was not a good idea to hire a woman to work with Japanese clients after he assigned a woman to replace him as their contact point, but they ignored her and continued to send their requests directly to him. The issue was not that she was a woman, but that he not adequately managed the changeover. The same issue would have occurred had it been a male manager.

Yet it is undeniable that gender discrimination occurs in both Japan and the US. Here is a comparative view of the gender issues facing Japanese and American women in the workplace, and some suggestions on how non-Japanese women managers can work most effectively with Japanese clients and have their authority recognized.

The gender wage gap (male=100) according to Ministry of Health, Labour and Welfare, "Basic Survey on Wage Structure"

Ratio of women in managerial positions refers to the ratio of women to men working in managerial positions at the section chief level or higher in private companies and public offices. In 2003, the government set a target of about 30%, with a deadline of "by 2020," but with no prospect of realizing it, the target was revised in December 2008 to "as early as possible in the 20s."

In 2005, only 10.1 percent of Japanese women held management positions and as of 2021, the figure is almost unchanged about 13 percent, and far fewer than that in Japanese multinational companies. By contrast, 42.5 percent of management jobs in the US are held by women. (I would be interested to know how the word “manager” was defined in these surveys.)

For Japanese women, advancement to managerial positions is almost completely incompatible with marrying and raising a family. Career success requires a highly intensive working style—long working hours, afterhours socializing and acceptance of solo transfers—that is not feasible for women who are still pressured to take on the role of “good wife, wise mother.” In the US, working women still come home to the “second shift”-- responsibility for cooking, housework, and childcare. Most American husbands spend a fraction of the time on these tasks that their wives do.

Japan passed the Equal Employment Opportunity Law, which bans discrimination against women in the workplace, in 1985, but in practice it is seldom enforced. Companies still maintain dual track hiring practices. Females are streamed towards the clerical track and males to the management track.

In Japan, on the other hand, employment advertisements can specify that the job is for “a female, under 25 years old, single and in good health,” and to limit selection to young women who live with their parents. Standard resumes show photos of job candidates as well as their age and marital status.

The Importance of the Managerial “Frame”

In a business context, Japanese see non-Japanese women managers as first, non-Japanese, second as managers, and third as female. They get their first impression about who is in authority from: the title on the business card, what the person is wearing, and where they sit at a meeting. But over time, the woman’s “frame”—how her boss supports her, and the deference and respect she gets from her reports—is critical. No matter how skilled a person might be, man or woman, old or young, if those around them do not treat them in accordance with their power and authority, the Japanese will not accept them. They must be treated as managers by their own people, both from above and from below. It is perfectly fine to assign a women manager to do business and conduct negotiations, but it must be clear from the way her colleagues behave that she has the full support of the organization.

Seating arrangements in meeting rooms, cars, trains, and even bars are very important to the Japanese. High status people should never sit close to the door, or allow themselves to be seated there. Low status people sit near the door so that they can jump up and make copies, bring coffee, and other menial tasks. Even if it is convenient to sit by the door so that an important call can be taken quickly outside the room, it is not a good idea. Similarly, a manager should not hand out copies or bring coffee. Copies, coffee, and all similar administrative tasks should be delegated to staff, even if one can do them easily oneself. Similarly, managers should not take meeting minutes.

In Japanese business, it is important to dress the part. This is especially true for women or others who might not be looking like “managers” in a Japanese context, such as a manager who looks younger than his reports. My recommendation is for women managers to dress conservatively and expensively. Their clothes should be more expensive than what their reports are wearing. Shoes should be an international brand. The inside label (when shoes are removed before being seated at a restaurant) is as important as the look of the shoe. Jewelry should be understated. Red, a “power” color in the US, should be put aside in favor of navy, dark charcoal grey, and black. Subdued colors indicate seriousness and gravity, while red is associated with entertainment. That said, a couple of years ago I presented pre-travel training to a group here in the US who were making their first visit to Japan. Later that day, I looked at the television news, and Secretary of State Condoleezza Rice was visiting Japan. She was wearing a bright red suit, and what’s more, it had ruffles around the lapels! Nonetheless, my recommendation still holds. If you are Condoleezza Rice, wear a red suit, and if you are not, wear navy.

Women may not feel welcome at some of the after-hours male bonding sessions. However, there is nothing wrong with being good company during dinner, and bowing gracefully out of the bar-hopping. There is a lot to be said for being consistent, friendly, and professional without necessarily being one of the boys.

Collaborative Rather Than Confrontational

Being a female manager and commanding respect can be a challenge both in Japan and in the US. However, I have found that Japanese are very comfortable working with American women, who can be better listeners and more collaborative than their more confrontational and even downright intimidating male counterparts. It is time to bury this myth once and for all.

For the latest women's situation in Japan, read this article: Women’s Social Advancement in the Japanese Business World

(By an American female writer)

One thought on “Gender Equality in Japanese Business” 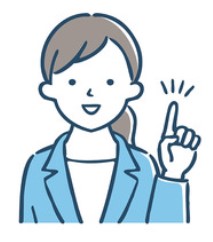 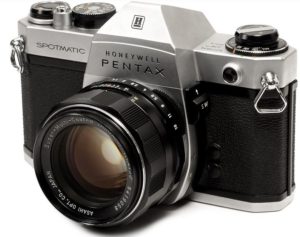 Japan's One of the Most Famous Camera Maker: Pentax and Its History