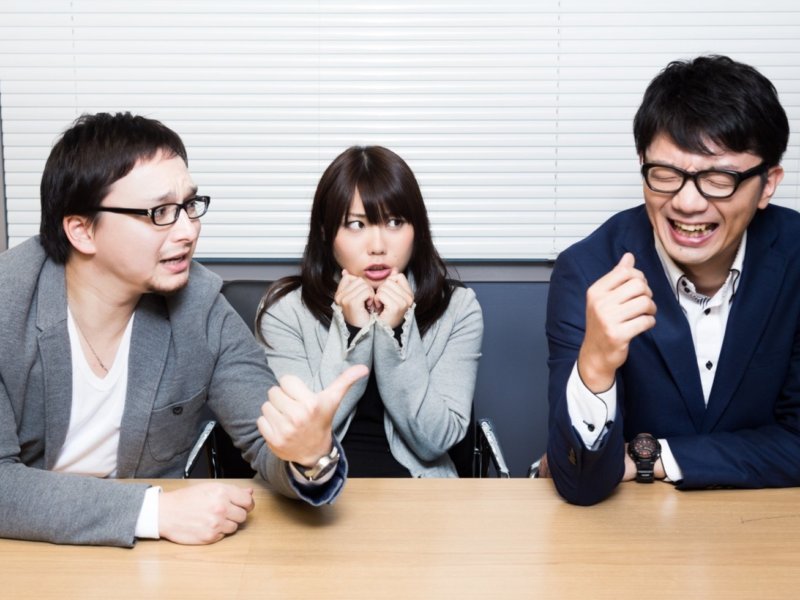 Small talk with customers is a great way to break the ice and get to know one another. It provides a lubricant for the give-and-take of the sales negotiation. Unfortunately the wrong topic can upset Japanese customers and make the negotiation harder, not easier. No matter where you go in the world, doing business is never “just business.” That is why we help our clients develop cultural competency in interpersonal areas as well.

Most of us have probably wondered at some point whether we have inadvertently said something to offend another person, even a person we know well. And we probably have been uncomfortable with something someone has said to us because we “took it the wrong way.” How much more so between cultures which have totally different historical backgrounds and social values! Both Japanese and non-Japanese have conversation topics with which they feel comfortable, and other topics which are uncomfortable, upsetting or even taboo. How can we enjoy getting to know our business partners without sailing into dangerous waters? Here are some typical non-Japanese and Japanese communication styles, comfortable and uncomfortable conversation topics, and types of conversations to avoid.

Non-Japanese, especially westerners, feel that everyone should have an opinion and should also be able to defend it. They enjoy a lively discussion of a variety of opinions. Japanese, on the other hand, approach conversation topics looking for areas of agreement, not conflict. What seems like a great discussion to an American may seem like an argument to a Japanese.

So what do you lead off with? My advice is to start lightly with the least controversial of topics—the weather. Everyone can agree that it is lovely or too hot or whatever. Talking about the weather establishes a quick rapport—as long as you don’t get into a debate about global warming! So is asking about a guest’s flight or travel. We can all relate to the challenges of business travel.

Asking about hobbies is another good idea. You may well find that you both enjoy fishing, for example, and you would never have known unless you asked. Or tastes in music.

Japanese are not likely to disclose personal information about themselves at first meeting. If they mention their wives or children, then it is all right to ask about them. They are likely to give a very standard reply about their children’s school or sports. Americans are more likely to share their personal feelings about their families, even negative ones.

Stay with the Positive

Westerners or many non-Japanese people like to express their opinions directly and honestly. Expressions such as “Don’t beat around the bush,” and “Let’s put our cards on the table” show the value of open sharing of information and opinions. Problems should be brought out into the open, discussed and resolved. Few topics are off the table.

Japanese prefer more indirect approaches. Expressions such as “If it smells bad, put a lid on it” show distaste for bringing up negative topics, especially in a friendly encounter. Bad news needs to be approached delicately, and at the right time and place.

Non-Japanese are sometimes surprised if their Japanese counterpart will not share a piece of key information during a meeting at the office, and then discloses it openly over drinks that evening. Japanese are surprised when foreigners try to engage them in discussions critical of the company while they are in the office.

Some Good Topics for Small Talk

If you make it through weather, hobbies and music, your favorable impressions of Japan is always warmly received, particularly if you have traveled to a picturesque part of Japan off the beaten path. Asking about their travels abroad is also good.

Never talk about a subject where you compare Japan unfavorably to the other countries, such as “The houses are so small here!” or “We have better air conditioning.” Do not ask about recent government, banking or sports scandals. Do not bring up anything to do with World War II or the military. Do not make negative comments about food. There are still Japanese alive who remember going hungry after the war.

Getting to Know You through “nomi-nication”

Small talk after hours over drinks or a meal is a wonderful way to develop those close and fun relationships that can help things along during a long negotiation or when your talks hit a bump in the road. Communication over a drink is often called, “nomi-nication.” “Nomi” means drinking and “nication” is communication. In Japanese business society, nominication is considered still important.

Manga is not only for kids but adults in Japan

What is “Omiai” in Japan?