What Are the Behaviors by Young People on Board a Train That You Find Least Acceptable?

(Source: NTT Resonant Inc.; conducted among people of all ages in 2019.)

Trains are an essential means of transport in Japan. That’s because in metropolitan areas such as Tokyo, where a large number of people live in a small area, trains are a far more efficient means of transport than cars are. As a result, it is extremely crowded on trains at certain times, in particular during busy commuting hours. This is when commuters may be bothered by the manners of their fellow train-riders. It appears that it is frequent to see young people doing things that others find unacceptable. When asked which of these actions they find most irritating of all, respondents answered that top of the list was “sitting on the floor.” Even if there are no seats available, this act is generally considered to be against the rules. There seem to be a lot of people who have encountered scenes of young people sitting on the floors of trains. In second place was “taking over the priority seats.” These special seats are intended for the use of the elderly and pregnant women, among other categories, so the rule is that these seats should be given up whenever possible for those for whom they were originally intended. In third place and below were acts such as “speaking in a loud voice” and “having conversations on a mobile phone,” showing that disturbing acts to do with sound tend to bother the majority of people.

Tags
manners on the train in Japan 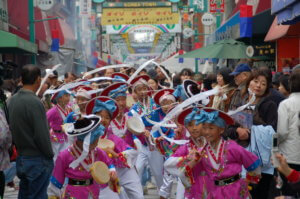