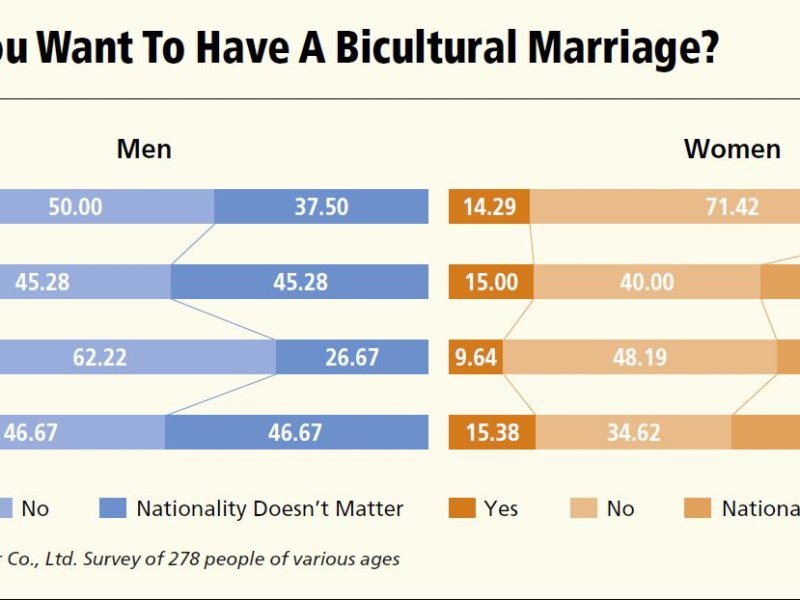 According to Labour Ministry data, the percentage of bicultural marriages in Japan has risen from about 1% in 1980 to between 5%-6% today.  Looking at the survey above, it appears that females in their 20s have the least resistance to a bicultural marriage.  Conversely, males in their 20s are the most negative age group among men, perhaps because they are the most down to earth when thinking about marriage.  When asked about nationality, men seemed to go for the superficial appearance, leaning toward “white women,” while females favored Italians or Koreans who are more forthcoming with romantic expression.