Most Popular Lodging for Foreigners in Japan

“I wanted something truly original to Japan,” tells president Keiji Shimizu.  His fourth guesthouse in Kyoto, the Capsule Ryokan Kyoto, embodies the 10 years of hostel/guesthouse management experience and knowhow that he has gained since opening his first facility in Kyoto in 2000.  Incorporating the “only in Japan” elements of tradition in its close resemblance of its finished surfaces to the traditional wooden townhouses or machiya that are typified in Kyoto, and of high tech in its dramatically modern space-saving shower room, the Capsule Ryokan became instantly popular, climbing squarely to the number one recommended Japanese lodging spot on the TripAdvisor website in 2010.

The most exciting feature is the way traditional Japanese style has been incorporated into the capsule hotel, another purely Japanese concept.  A flat screen TV hangs in a tatami-floored room behind shoji paper sliding doors and sudare bamboo blinds.  The showers are shared, but there are also bathtubs where one can be fully immersed in hot water, just as found in most Japanese households. Besides the capsule compartment rooms there are 31 separate twin rooms.  Even these small 10-meter square spaces are imbued with “Japanese-ness.”  The first thing that catches the eye is the raised tatami platform and the shoji screen design of the window.  Under the bed platform is a spacious storage area that can fit an entire suitcase, showing off the Japanese eye to wise and efficient use of space.  There is also a flat screen TV on the wall and a washlet bidet-style toilet.  Many foreigners are apparently astounded when the toilet lid opens automatically when the toilet room door is opened.  Deserving of special mention is the high tech shower stall, about the size of a telephone booth, built into the corner of the room.  It is fun to play with the choice of water patterns (spiral, waterfall or mist) under the shower head in the relaxing blue light.  There is also a small free-standing sink next to the shower stall.  Shimizu designed the space in response to the many requests and comments he has had from foreign travelers over his years managing guesthouses.  He seems to have hit all the marks in terms of the details that guests want and appreciate the most.

Prices are very reasonable for this prime location seven-minute-walk from Kyoto Station – a per night stay in capsule lodging is 3,500 yen ($43), while a twin room runs from 7,980 to 10,000 yen ($100-$125).  Hostels and guesthouses catering to backpackers run about 3,000 yen ($37) a night, so there is not much difference in price, and in fact backpackers represent about 30% of clientele.  Almost all guests are of European or American origin, with newly-weds and older people well-represented.  “Recently we had a 65-year-old couple stay with us for 19 nights,” tells Shimizu.

“It’s close to the station and the atmosphere is really nice,” say a Spanish couple in their 20s who came here on a friend’s recommendation and plan to stay here for seven days of their 19-day trip.  A French man in his 30s stated his impression of the place – “Cheap, and clean.”  He was only planning to stay one night but had already extended his stay to four nights.

Shimizu stayed in many guesthouses overseas as a backpacker during his student days, which led him to think about the lack of cheap lodging in Japan, and to his determination to open a guesthouse someday.  When he did open his first guesthouse in Kyoto in 2000, it was the first of its kind, but now there are more than 50 similar accommodations in Kyoto city alone.  When asked if increased competition makes things harder, Shimizu says, “I started off with the desire to spread the guesthouse concept to Japan, so I am satisfied.”

According to a survey by the Kyoto Industry & Tourism Bureau, 450,000 foreigners stayed overnight in Kyoto in 2003, but by 2008 that had almost doubled to 937,000 people.  There may be a number of reasons for that growth, but the availability of guesthouses has certainly made a major contribution. 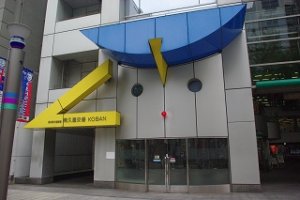 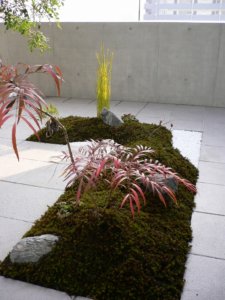