A new type of universal design traffic light that is easy to see for people suffering from a type of color vision deficiency that makes it difficult for them to distinguish between yellow and red, has been installed at intersections in Fukuoka and Tokyo. Developed by Professor Taro Ochiai at Kyushu Sangyo University, it’s said to be the world’s first. A special array of LEDs forms an “X” pattern, which can be seen by those with the color vision deficiency, but it is designed to appear as ordinary yellow to those with normal vision.

About one out of every 20 males in Japan is estimated to have some form of color deficiency, as opposed to one female in every 500. In recent years, more traffic signals have been changing from incandescent bulb types to LEDs with lower power consumption, but in most of these, the red and yellow appear the same to those with color vision deficiency, and at night when street illumination is on, the colors become even more difficult to be differentiated. One such person, a company worker in Saitama Prefecture who holds a driver’s license, remarked, “Since to me yellow appears brighter than red, I can tell the difference, and as I don’t have much trouble to recognize green, it hasn’t been that much of a problem for me, but by placing the “X” in the signal I can tell much more easily. I suppose this new design will be welcomed for people whose condition is worse than mine.”

In the wake of the Tokyo Paralympic Games in the summer of 2021, the International Paralympic Committee (IPC) has launched a campaign to eliminate discrimination not only against para-athletes but also against people with disabilities, which is estimated to be about 15% of the world's population, in order to improve their lives.

The campaign, called "WeThe15," calls on the world's 1.2 billion people, or about 15 percent of the world's population, who have some form of disability, to take a proactive approach to the many disabled people in their lives.

In fact, the author is colorblind and has difficulty distinguishing colors. I have my driver's license and have little trouble in my daily life, but I have to look closely to distinguish light-colored graphs or traffic lights. As a person who is colorblind, I welcome these developments.

Traffic light as normally seen (above) and as seen by people with color vision deficiency (below). While Yellow and red appear the same, they can be differentiated by an X. 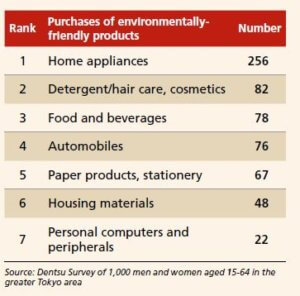 Environmental Initiatives Are Prerequisites for Leading Companies in Japan 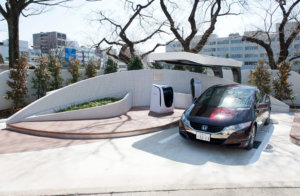