It is just the truth that Japan is fixated on pets. The low birth rate and aging demographics are real headline makers. However the number of children being born did level off years ago and the number of people who are reaching middle age with no children has steadily grown. So maybe it’s no wonder that a country with one of the highest per capita incomes in the world and a middle class that, while shrinking, still takes in the great majority of the population uses pets to supplement a need for companionship rather than having someone to fuss over.

The strong market is not only due to the demand caused by the corona pandemic. As people become more conscious of their pets as family members, the market is also supported by the expansion of products and services that have been offered in recent years, including pet insurance and high-value-added pet food.

At the center of the industry is the pet food sector. In addition to general pet food, value-added pet food that helps maintain muscle strength and nutritional balance for aging pets has recently gained popularity. The pet snack market is also booming. In this way, it seems that there is still room for the industry's market size to grow even after the end of the pandemic.

There is a sort of contradiction in contemporary Japanese society in that as life has become more fast paced, complicated and uncertain people naturally tend to seek out intangible values such as warmth of the heart, connectedness among family, and friends and, well, something to hold on to. We have seen in recent years the continued delay in marriage, a seeming lack of desire by many couples to have children, or to put it off, or for young women to take more time to get married, if they do at all. It has been well noted by social scientists that at a time when society seems to be going through increasing stresses the traditional outlet of creating a family for support seems to be waning. If anything, the combined effects of 20 plus years of perceived “economic slump” heightened by the Lehman Shock, and then extenuated by the pandemic have created an atmosphere where having someone to love, hold and fuss over seems a very natural reaction.

When Japanese people found that they could no longer rely or depend on the “outer-world” such as company, society and monetary tangibles, they have revisited inner value of family, family-sharing experience, of real meaning of connectedness with people and friends. “Uchi-naka (In-home) consumption,” “working fathers-going home early from work,” “boom of SNS” are all indications of such value shifts. This is where pets come in. The pet boom after 2000 was not necessarily a trend to follow, rather was a desire to follow. Certainly pets give you love, comfort, smiles, laughter etc unconditionally and they provide a healing-effect without the need to make longer term social commitments.

Use Money on Children, But Pets?

Many pets have become a transactional trade-off between having to deal with the outside world, the risks of a long-term and macro world of frustration versus the commitment to a short term and more immediate reward. Pets can be fully reflecting your value-system, appreciating you for who you are, not being really demanding and able to be more easily shaped in your own image than other people, whether family, friends, co-workers or the general public can ever be. They will give you the affirmation of your own “life-values” which helps you lead “life to the fullest” with emotion you can control. By buying a small pet that can easily live in the enclosed space of your apartment/home they can help in creating a little world of your own.

Foreigners often comment on the extremes of the pet world in Japan. There are large numbers of pet boutiques selling clothing and accessories. Given that for many people pets have become literally replacements for children or grand children, this may not be so strange. Why would you not want to take your poodle to a café on a Sunday afternoon to enjoy a doguccino while you have your own coffee? Costs can be huge. A friend of mine recently took her dog for a knee operation that cost nearly $4,000 and felt awkward and a little guilty because she knew of a specialist she could have considered, but who would have charged twice that price. Pet fashion can be as trendy, and as hard to keep up with as any Paris runway. However when you consider that for many people these pets are indeed children replacements, spoiling pets are more understandable.

Of course there is a huge variety in the pet world. Fads for miniature pigs, the constant availability of more exotic rodents, the traditional keeping of beetles by young boys are all only a small part of a thriving diversity of pet worlds in Japan. But it is the small “toy” dog phenomenon that really captures attention.

There is practicality. Most Japanese housing and its space is limited and thus toy-dogs or small dogs are easier to own. Japanese people love “kawaii” (cuteness) and toy-dogs certainly can be that with their looks, uniqueness and character. Of course larger dogs have great personality as well but they are also seen as being more as “dog,” an animal, or creature that while loyal and loving is less easily “molded.” It is no coincidence that the steady growth of the proportion of homes that are single person households among 20-30s, among professional women and the elderly accelerates toy-dog ownership. As does the growth of households of working couples who having reached 40 are opting not to have children at all. All these “unconnected” people want something to go home to that will connect. With them not being at home a lot of the time, toy-dogs are easier for them to manage and care for. For the fast growing population over 60 toy-dogs make for easy companions that are easy substitutes for grandchildren.

For all there is just a trend to indulge, focus, give meaning to daily life and yet with a companion that won’t ask for much. Japan has, and continues, to see attempts to produce technologies that also provide this level of low involvement companionship. The truth can be that Japan is a country where people are looking for something that makes their homes more like a home. 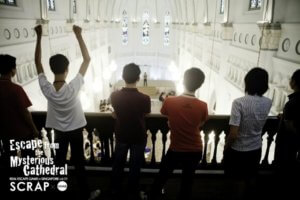 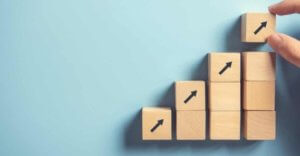 How to Cut Cost in a Japanese Company?“ Everyone’s Participation” Is the Key