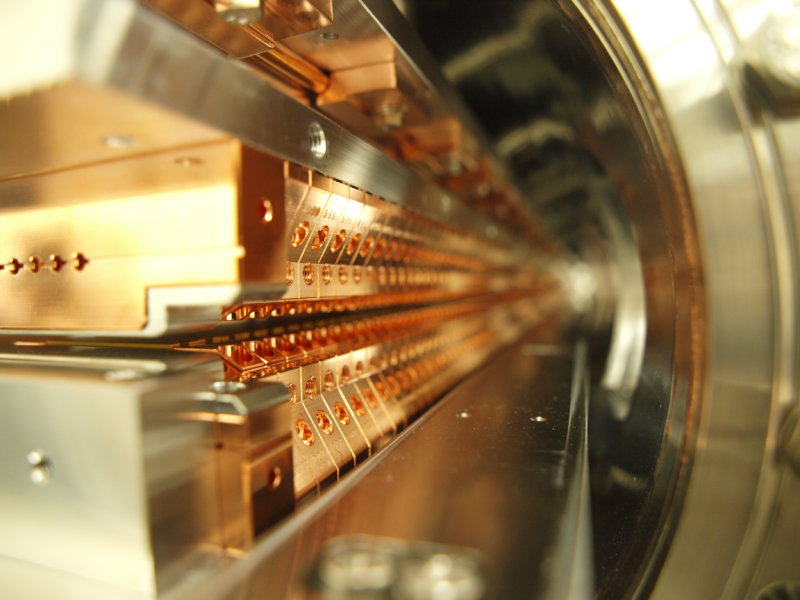 In March of 2012, the X-ray Free Electron Laser facility SACLA capable to scope the movements of atoms inaugurated public operation at Harima Science Garden City in Hyogo Prefecture. During the first run period (March to July), 25 teams from domestic and overseas research organizations from the US, Korea and other countries have been using the facility. Using a 400 meter-long accelerator and magnetic devices called in-vacuum undulator, SACLA has succeeded in generating an X-ray Free Electron Laser, which is said to be 10,000 quadrillion (quadrillion: 1 followed by 15 zeros) times brighter than sunlight, with the world’s shortest wavelength of 0.06 nanometer (nano: a billionth). This laser is said to enable the observation of the structure of single particles at the atomic level as well as the rapid movements of atoms. It is expected that, by linking SACLA with the world’s fastest super computer “K” (also in Hyogo Prefecture), the data obtained can be applied to the development of new medicines and new materials. SACLA was built by RIKEN and the Japan Synchrotron Radiation Research Institute, costing approximately 39 billion yen and taking five years to complete starting from 2006. We would like to see this facility give birth to unique, effective medical products and new materials, providing a light to open a future where Japan can show its presence in the world.

How to Cut Cost in a Japanese Company?“ Everyone’s Participation” Is the Key

“No other country is more unique than Japan.” by Miguel Angel Navarro, Spanish Ambassador to Japan