“Life can’t be remade, but it can be restarted again and again,” Teruhisa Kitahara, at the podium, fervently asserts to his audience. Kitahara is a renowned tin toy collector who runs seven museums in Japan and also a celebrity who makes frequent TV appearances. He was involved in the production of “Tin Toy Stories Made in Japan,” an event held at Walt Disney World from 2003 to 2008.

“John Lasseter (the director of Toy Story) told me how the Kitahara collection inspired him to create the movie,” Kitahara states proudly. In his lecture, he explained 10 knacks for realizing one’s dreams. His pep talk inspired many members of his audience, with some even moved to tears. “I want them to have good luck and a can-do spirit. I feel obliged to tell them how they can improve their lives,” says Kitahara. The energetic 64-year-old has realized lots of dreams on his own.

Kitahara is one of the 15 lecturers at the “Manabiba (learning) Summit,” held last April. The aim of the summit is to nurture the next generation’s leaders in the post 3.11 era in Japan. Its official website reads, “Top leaders in a variety of fields present lectures about the techniques and practical methods for success. The lectures are broadly categorized into business session, skill development session and motivation session.” But five lecturers a day for three days consecutively is rather intensive, which is why this summit is unique, describing itself as “Japan’s first visceral business seminar.”

“Lecturers are relayed one after another for three days straight. Usually this type of business seminar features only one lecturer,” says Satomi Hirayama, a representative of the organizer. Intensive but yet practical knowledge will serve to physically energize the audience. That’s why the summit is labeled an “in-body” session.

"Helping the one after him/her climb up the wall"

Hirayama first thought of holding this event to assist business leaders in Japan’s Tohoku region, which was devastated by the 3.11 earthquake and tsunami. Hirayama herself hails from the Tohoku region and says, “For six months or so after the 3.11, we were busy with grasping the situation and resetting our lives. There was no spare time for business activities. I wanted to give local business leaders a sense of hope and to cheer them up.” In fact, four of the 15 lecturers came from Tohoku region and are largely unknown beyond their own areas, while the others have national reputations.

“One of our lecturers, Ken Honda (a well known business consultant and a bestselling author) told me about his ‘ninja strategy.’ When a ninja scales a high wall, one ninja goes up first and helps the one after him up the wall. I applied the same strategy in this event. Japan will be better off if current successful leaders help nurture the next generation’s leaders,” says Hirayama.

The venue for the event was the Tokyo Big Sight, a famous exhibition complex built on reclaimed land in Tokyo Bay. “Holding an event at Tokyo Big Sight is big enough news for Tohoku people. We were covered by the local media and those lecturers who came from the same region have already achieved recognition and their businesses are going well,” Hirayama beams.

Of course the targets of the lectures were not only current Tohoku leaders but mainly aspiring future leaders. Hirayama hopes that future lecturers will be born out of the audience and stresses, “When you make the decision to do something, that is a start of an action. A person’s age, gender or nationality doesn’t matter at all.” In fact one of the lecturers from the Tohoku region is Kiyoko Niitsuma, a 61-year-old woman who set up a seminar house in Iwaki city, Fukushima. After raising four children, she finally realized a dream she has harbored since she was in her 30s. “I call the seminar house ‘Love Me House,’ where people feel at ease and get together to energize the city,” she posts in her blog.

The attendants were mostly people in their 30s, some of whom run companies already; but others were university students and retirees over 60. “They all have a mind to do something new and cultivate their inner skills, or wish to start their own business and become a leader,” says Chika Sato, who manages the organizer’s public relations. On average, about 300 participants a day attended the summit and a one-day ticket cost 5,000 yen ($62), which is considered quite reasonable. Chiaki heard such comments from participants as, “I can meet and listen to such wonderful lecturers all in one day for only 5,000 yen. That’s great.” People normally pay an average of 7,000 yen per hour to hear lectures by Hirotada Ototake (a celebrated writer born without arms and legs, whose autobiography No One’s Perfect became Japan’s third-best-selling book). James Skinner, a management consultant, may command as much as 30,000 yen an hour. But including those renowned speakers, an attendee can listen to five lecturers a day for 5,000 yen --- a fraction of what it might be otherwise and certainly a bargain.

A male company employee in his 20s remarked that he was so stimulated by a lecture that he decided to take the following two days off from work to attend the rest of the program.

Some of the speakers approved the organizer’s aim of nurturing the next generation’s leaders so much that they reduced their remuneration. However Kitahara supposed, “This event can’t expect to break even,” and Hirayama nodded in silent agreement. The lecture hall at Tokyo Big Sight can accommodate 5,000 people. But with only 300 participants, the vacant seats stood out in dark.

“This is our first attempt and we didn’t have any experience to set up such seminars,” said Hirayama. “We didn’t know anything, so we were asking many people for their help.” All the organizer’s staff are from Tohoku and they didn’t have many personal connections in Tokyo, so they had difficulties to bring in renowned speakers at first. But as they persisted in their efforts, they gradually obtained support from many people and gained connections.

“We had no reputation, so at first some speakers refused our offer. But through someone else’s recommendation, the speakers changed their minds and accepted our request,” says Hirayama. The organizers were also lucky. Tokyo Big Sight is probably the most famous exhibition facility in Japan, prestigious in a way and the facility conducts strict screening of applicants. It was almost impossible for a first-timer with no experience to hold seminars there. “We were so lucky. They contacted us, asking if we wanted to use the space. Perhaps they got a sudden cancellation,” says Hirayama. That was last November. So after the dates were finally fixed, they have less than six months to look for speakers and make preparations.

The number of participants was smaller than they had expected, but that didn’t bother them. “Our organization’s philosophy is ‘koken (contribution) mind.’ We contribute first. There’s a saying, ‘One who is kind to others is sure to be rewarded.’ We believe it will take not only practical skills but also this kind of attitude to be a future leader,” says Hirayama. Already positive moves are occurring among the participants, who have begun to spread the word about how good lectures were via SNSs. “I got many positive replies from them on Facebook,” said Hirayama with a smile. One of the lecturers, Yukio Fujimaki, a business producer and author of many books, has offered to help their marketing of future seminars. They plan to take the Manabiba Summits to major cities nation-wide, to Osaka this summer, and Fukuoka and Sendai early next year. Hirayama expected that with the experience at Tokyo Big Sight, the staff gained confidence and a good reputation, so the preparations for future summits will be easier. 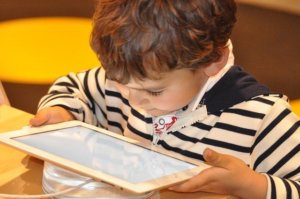