Despite Fukushima Prefecture’s abundant nature, mineral hot springs, tasty foods and other “sightseeing resources,” the number of visitors has declined drastically due to rumors that circulated following the March 11, 2011 earthquake, tsunami and nuclear plant accident. In defiance of this trend, travel agency Club Tourism International has energetically promoted travel to northeast Japan. The company surveyed 661 visitors to Fukushima Prefecture, in which it asked the reasons for their trip, what anxieties they might have had, and what were their actual impressions.

The accompanying graph shows the reasons survey subjects gave for their visits, which were inspired by their wish to show support for Fukushima.

Concerning “anxieties,” 81.2% cited “radiation problems caused by the nuclear reactor accident.” However, more than half of those giving this response noted that their anxieties were “relieved,” or “more or less relieved” following their actual visit.

In addition, 79.4% of the respondents agreed they were “glad to have visited Fukushima” or “more or less glad” (11%) to have visited, so 90% of the subjects gave favorable responses. Likewise, 92.1% responded that they would like to visit the prefecture again in the future. This suggests a high degree of satisfaction over encounters with the locals or with the prefecture’s abundance of sightseeing resources. As a means of providing long-term support, Club Tourism International is planning a variety of tours and events in Fukushima. Despite the severe damage from the disaster and radioactivity problems that still impact negatively on the prefecture’s economy, confidence remains that the day is not far off when more tourists will be visiting its many attractions. 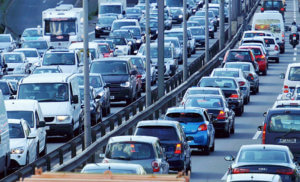 How to Overcome Frustration over Traffic Congestion in Japan