An Opportunity Too Good To Pass up

This is an example of navigating the Japanese decision-making process that was the norm until recently. (As their businesses are globalizing, the process is in a constant change. However, the elements described here still exist to some extent in most companies.) Mike, a senior manager at a Japan-related company in the US, learned of an opportunity he felt would help keep his company competitive in today’s global environment. From his experience working for other companies in the same industry, he felt this move would be of great present and future benefit. He put together a presentation outlining his idea, and presented it to his boss, Tanaka. “It’s really a no-brainer, Tanaka,” Mike asserted. “Believe me, this opportunity is too good to pass up. This is going to be a paradigm shift for our company. We are going to be way ahead of our competition. How do we get a meeting with the decision-makers in Japan to make this happen?”

Tanaka looked at paper in front of him. “This is an interesting presentation. Let me read it over and think about it.” Mike was not sure if Tanaka agreed or disagreed.

We Need More Support to Make This Happen

After a few days, Tanaka came to see Mike. “In principal, I agree with what you are suggesting. However, even though I am the general manager of this US office, I cannot make this decision for the company all by myself. I will need to get the support of some key people on the Japan side. Before I approach them, I need your help in preparing the idea. We need to present it in a way they can understand.”

Change is a more deliberate process in Japan than in the US. Japanese are much less interested in jumping on opportunities than Americans. Rather than describing the potential gains of a particular new course of action, it might be better to describe the problems that will happen if they do not act, or better still, introduce the opportunity as a solution to a problem they have already identified. Mike redrafted his presentation outlining the potential problems and also mentioned some issues that had been raised at the latest global working group, and how the idea would mitigate some of them.

Don’t Be Too Far out Front

American companies usually see the merit in being the first in the industry to adopt new technologies or ideas, but the Japanese are far less likely to see this as a positive. Japanese organizations want to keep up with the other companies in the industry, but do not necessarily want to be too far out front. On the other hand, they do not want to fall behind either. Demonstrating that the new idea is something that has already been adopted by other organizations, particularly large well-known companies, can be very motivating. Phrases such as “light-years ahead of the industry,” or “revolutionizing the industry” are unlikely to be persuasive. Mike dropped the “paradigm shift” from his proposal and  instead linked the idea to the entrepreneurial spirit of the founder of the company.

Being risk-averse, the Japanese not only require much more data before making a decision, they need more data before even putting the idea on the table.  Decisions are unlikely to ever be “no-brainers.” As talking points for Tanaka, Mike put together data on the business environment in the US, charts and statistics and his perceived pros and cons of the decision.

Mike came back to Tanaka with and updated presentation, many times the original size. Tanaka said, “Maybe this is OK, but we should prepare some data for the kinds of questions we may get from the key people in Japan.” “Key people? How many would that be?” Mike asked. Tanaka replied, “We will need to approach people in various parts of the parent organization. For a decision of this size, there will be about 30 people.” Mike was expecting 5 or at most 10 “decision-makers” who would need to be persuaded. In Japan, nemawashi consensus decision making involves going around to all of the groups and departments that will be responsible for implementing the new idea, or will be affected by its implementation.

Keep Everyone in the Loop

Sure enough, when nemawashi consensus building started in earnest, emails started going back and forth that had 20 to 25 names in the distribution list. At first, Mike only replied to the sender or the people he knew on the list, but Tanaka counseled him that it was very important that everyone involved be kept in the loop. Mike was not sure how all these people had the time to participate in this huge email thread, but he trusted that Tanaka was approaching the right people and knew what he was doing. At some point a PowerPoint explaining the idea was created, and it was edited and added on to in a somewhat organized fashion.

Some of the people they needed to persuade in the nemawashi had never working in the US and did not know about business and social trends that would make the idea feasible to implement. It was Mike’s job to collect and communicate any and all information that was requested in the nemawashi, no matter how basic or obvious. American decision making involves far fewer people and assumes a higher level of familiarity with the subject matter in the decision makers. With Japanese consensus-building, it is a mistake to assume that the most clueless person has the least influence.

The Japanese Do More Study

During this time period, Mike got word that the Japanese were doing their own independent investigation of this opportunity, and were talking to the same people who were his contacts. At first he was upset that the Japanese were “going around him” or “stealing his idea.” After all his hard work! Then he realized since the Japanese had “taken over” his project, the likelihood was very high that his idea would be implemented.

Yes, the decision was finally made to implement Mike’s idea. A face to face meeting was called.  One final PowerPoint was created, which summarized the idea, the threat it deflected, the problems it solved, and the steps in implementation. No one but Tanaka congratulated Mike on his idea. Mike looked at the slides. Where did his idea end and theirs’ begin? He took another look at the slides. There on Slide 12 was one of his slides from that very first proposal to Tanaka, which seemed such a long time ago. His slide was now firmly embedded in a project that was going to be implemented. He and Tanaka had support from the relevant parts of the organization. All they had needed to do was persuade 30 or so people.

Great ideas do not speak for themselves. It is necessary to work within the Japanese decision-making framework in order to get them accepted. 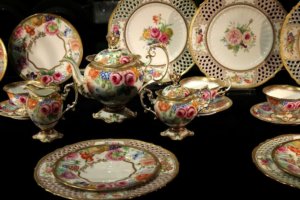 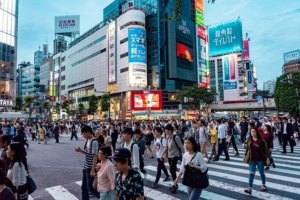 Impressions about Japan and Japanese People