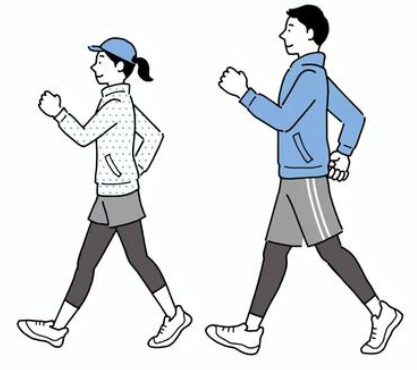 Mets Cola is a product of its time. Every now and then you come across a new product that seems to succeed because it in some ways sums up the current trend in people’s lives. In the last decade, we saw the boom in zero drinks led by Coke Zero. The promise of no calories suited a Japan besotted by yet again cutting back on personal spending and in the metabolic syndrome (the accumulation of visceral fat) fad to lose weight. Everything it seemed was about a Japan that was getting thinner.

Preparing for the Bright Future

In March 2011, the tragedy of the Great East Japan Earthquake happened and everyone again both cut back, but also started to invest in the long term. We saw a big increase in late 2011 in people investing in objects they saw as representing the long term hope and longevity. High-end watches, jewelry, household glass and chinaware sold at levels 30-40% above seasonal norms as shoppers focused on items they thought symbolized their own futures. Then in 2012 people started to think about that future again.

TOKYO SKYTREE opened and in some ways represented the possibility of tomorrow. Regardless of whether you liked the structure or even saw it as a sound investment, Japan again had a symbol of its world leadership. And on a personal level people refocused on what they want to achieve. Sure there was, and continues to be a plethora of beauty aids to ensure that Japan’s aging population can try and keep a fresh and glowing complexion of things. But there has also been a more interesting movement to preparing for that future in a trend called “locomo.” Quite literally shorthand for locomotive syndrome this is a movement where Japan is acknowledging its own desire to “keep moving smoothly” in the coming decades.

Locomotive Syndrome Is the Next Concern

In purely medical terms locomo refers to musculoskeletal syndromes that see the body slow down, become less flexible and reduce both life quality and expectancy. Along with metabolic syndrome (metabo) and dementia, it is seen as one of the three barriers for a long life. Metabo was a favored topic for the last few years. The last 18 months has seen a rush of popular locomo products, from the prescriptive to the television shopping channel specials. But locomo is more than pills.

Recently the group I help lead at Truth Central launched a new global study called The Truth about Wellness. There we discovered that compared to a range of countries around the world, Japan’s population is much more focused on physical mobility and the ability to continue actually moving around as a sign of wellness. In fact 39% of Japanese said that physical wellness was more important than mental or spiritual compared to only 28% of people elsewhere like in the US with their obesity problems for example. Why is that? Well we discovered that in the world’s oldest country the fear of “not being able to get around” worries people of all ages, and especially the bloated demographic cohorts now in the 40s through 70s. Japan’s extended middle age is really worried about how it is and will literally “keep moving.” Hence the continual boom in glucosamine chondroitin based products that are said to aid retention of muscle and joints. Hence the continuing running boom. Hence the Mets Cola success.

Trying to be healthy and moving forward

You may ask what has a cola got to do with locomo? Well just as Coke Zero was symbolic of metabo and the bigger desire to “cut back and save,” so Mets is symbolic of the desire to be more flexible, to get more for what you pay for, to always be moving forward and get more out of life. Mets is a regular tasting cola that goes beyond calorie counting. It actually promises to reduce calories while you drink. It has an additive that actually reduces fat. And it has been a big hit, especially with middle aged men looking for “something more.” Now we have a Japan that is symbolized by a desire not to just control but to lose the baggage and get active.

Which brings us to Abenomics or maybe more correctly “Abe-magic.” As I write this article I am pretty sure the economists and forecasters are still questioning whether Prime Minister Abe’s economic, trade and foreign relations policies will see a real economic turnaround. But just as TOKYO SKYTREE and Mets represented a greater 2012 surge in looking and preparing for the future so did people’s reaction to the Abe government has been one of “maybe things will get better.” Maybe it is true that this is based more on hope than reality but certainly in our ongoing research, we see people talking about “the future” in a more positive way than has been the case since the height of the Koizumi years between 2001 and 2006. As the Nikkei stock average rose in value the last few months we have seen increasing media coverage of people, especially the “bubble-economy generations” of 40-50 something gathering faith that while those golden decades might not return, things are getting a bit better. Based as much on surge of nationalism that will no doubt be fed further with the upcoming FIFA World Cup in 2014 and the World Baseball Classic in 2013 or so where Japan is expected to do well and enough good news about some of Japan’s big companies seeming to be turning some corners. We see a lot of trends indicating locomo – flexibility and forward movement to new kinds of futures.

Desire to be active

Trends like the increasing interest in “big group” activities from the boom in Halloween and big scale parties seem to show a new willingness to celebrate life. The well recorded boom in share housing among the young adults is another sign of change. For Westerners the idea of moving into share apartments with strangers would seem normal. In Japan it is a very new and a fast expanding idea. Suddenly young people are openly exploring and finding new ways to live. Flexibility, challenging old category norms or ideas to get things moving is “locomo.” There is a national surge to try and get things moving and ensure that the future is something to look forward to and that you have desire to be active.

THE TRUTH ABOUT Japanese People’s WELLNESS