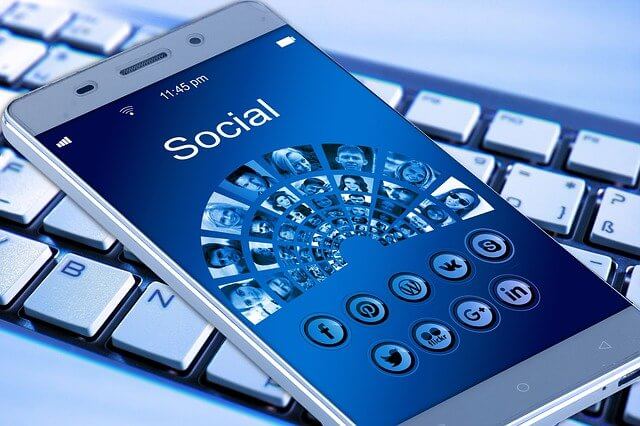 i-mode was introduced around 25 years ago. It was the world’s first internet access service exclusive to mobile phones. An early 2000’s research suggests that the average Japanese person had a mobile phone by the time they started middle school. Japan was reportedly the first place with videophone services. So accessing the world, searching for everything and undertaking basically any form of communication via the phone in your hand is, for Japanese people, a well-established fact of life. And it is said that many Japanese people are shy and it is difficult for foreigners to make friends with them. However, they actually want to have a relationship with people. Japan is the country where Twitter is most commonly used in the world. It seems to be very important for Japanese people to connect with each other through cell phones and through social networking services.

I am writing this article on the Shinkansen or bullet train from Osaka to Tokyo and as I look around, those not dozing off seem to be constantly on their phone keypad. But when you think about it, we are all at best college students when it comes to the mobile revolution. And most of the rest of the world is somewhere in elementary school. So we undertook an extensive study of over 10,000 people in eight countries earlier this year to understand how they thought their mobile devices affected and changed their behavioral pattern and, in return, how they were constantly changing the way they used those devices. The Truth about “Connected You” study really ended up suggesting we are all showing the distinct traits I might expect from teenagers about to enter college.

Maybe it’s no surprise then that we display an awful lot of “mobile behavior traits” that would seem normal for teenagers. For example, we found that 55% of people judge one another based on the mobile device they own and 40% judge people on the network provider they utilize. While the Japan’s figures may be a little lower, the feelings were just as clear. One 30 something woman told us “There is a guy at work with a rabbit cover on his phone and I feel that type of cover is for a student. I worry whether I can do business with such a guy.” A couple of years ago I read about men in their 40s buying mobile phones featuring replicas of their favorite Gundam characters. Personally, a poor expatriate as I am, I thought that funny until a client pulled one out of his shirt pocket and delighted in telling me all about that character.

Just like teens we live for fads. Globally we found the average person had had a mobile phone for 12 years and had 6.4 models in that time. In Japan, most adults have had a phone for maybe 20 years, but again swapped models on average every two years or less. I have to admit that in my near 10 years in Japan I have only had three phones, and even my secretary would laugh at how “slow” I am. Phones, as Apple has shown, are a fad business. And the detailing and decoration of them in Japan can only reinforce that idea.

We say that our mobile phones makes us more independent, well 74% of people globally say that, a bit higher in Japan. We get really annoyed when they don’t work. Our teen impulses come out, as a 40 something Japanese office worker says, “When I get a bad connection it makes me want to throw the phone at something.”

So we agree we cannot live without them. But do they make us better people? Over three quarters of people everywhere including Japan say that mobile phones have improved social life, improved family life, and simplified life. Japanese mothers like being able to track their kids on GPS, compare prices while shopping at stores or check the weather forecast on average six times a day. Young Japanese like to be able to send tweets and texts that because of the nature of the Japanese written language mean they can pack in much more detail than their western counterparts in what seem small messages. And Japanese companies benefit from being the most successful mobile game makers in the world as the local population not only plays incessantly, but is now spending literally billions of dollars a year to download personalizing “extras” for their favorite characters. An exclusive limited edition, a genuine Louis Vuitton bag for your avatar at $50?

But are we better people for all our teen fascination with our mobile? According to our research, two thirds of Japanese are perfectly in line with the global norm of agreeing that their mobile device makes them a better person. As you can see there is quite a variation across countries. I was not surprised to see people in the big BRICs developing countries love the new life that their phone offers them.

First keep in mind that in developing nations a mobile is usually the only phone people have. It is an increasing fact that cell phones are their first and only device linking them to services like sending text messages, mobile entertainment, or all the other services on the Internet. On the other hand, I could also understand why a big Western market like Germany would be much more worried about their phone distracting them from what matters as there is a growing debate that our phones stop us from “really communicating.” European citizens the last couple of years undergoing the turmoil of the economy are certainly more aware than they have been for a while of the need to “connect” in a human way.

Our research discovered a wide variety of “mobile personalities.” So we developed a simple app so that we could track the profiles of different mobile users. We ended up with 16 such profiles. Japan’s result surprised us. In nearly every case the most common profiles globally were less prominent here. Next month I will explain more. But for now let me ask you “what is your mobile use profile?” Are you a “mobile maître-d” who uses their phone to navigate life? Or are you like me a “linked out loyalist” who uses their phone constantly but would always prefer a face to face conversation on anything important?