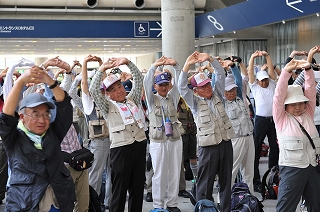 Japan, the country with the most aged population

The Japanese economy averaged a 9.1% increase in real GDP from FY 1956 to FY 1973. In 1968, it overtook West Germany to become the world’s second largest economy in terms of GDP, and while it maintained an average growth rate of about 5% through the 1980s, it remained at about 2% throughout the 1990s, with some negative figures. In the meantime, China continued to grow at a high rate, and Japan’s GDP was overtaken by China’s in 2010, falling from second place to third place after nearly 40 years of defending it. There are a number of possible reasons for this, but the primary one is Japan’s aging population; Japan is the only country in the world where the population over the age of 65 accounts for nearly 30% of the total population. In a sense, Japan is at the forefront of the world in businesses for the elderly. So let’s take a look at Japan’s elderly business.

Among the countries of the world, Japan’s population has the distinction of having the most rapidly aging. According to data compiled from 194 countries by the World Health Organization (WHO), Japan boasts the highest percentage of population over age 60 — with 31% — along with the lowest percentage of population below age 15 — just 13%. This exceptional and somewhat worrisome demographic has understandably been attracting worldwide attention.

Nations with developed economies in the West already are, or soon will be, facing a situation similar to Japan’s. And demographic projections for neighboring China suggest that in the near future problems related to the aging society in the world’s most populous nation might be even worse, due to its strict policy of limiting married couples to one child. These and other countries are watching what occurs in Japan as a reference for their own future.

A society with a higher percentage of aged people usually means a less productive population saddled with greater outlays for social pensions and health care. In this special report, we examine how Japan is coping with its aging society in three areas: business, employment and long-term care.

The ratio of elderly in Japan continue to increase, to the extent that the growth in that demographic segment requires the nation to boost its tax revenues at the rate of 1 trillion yen ($10 billion) per year just to keep pace with requirements for retirement pensions, welfare and other services. A number of solutions have been proposed, such as easing of immigration restrictions to enable entry of large numbers of foreign productive workers, or to provide incentives to married couples to boost the low birth rate (currently around 1.3 children per woman). These, however, can only work in the long term.

Most Japanese Seniors Are Healthy

At this point in time, it is important that the elderly be kept healthy. If they enjoy reasonably good health, they can work and possibly pay taxes. Even if they don’t work, keeping them healthy can avoid increases in outlays for their medical treatment or nursing care. In Japan currently about 60% of people between age 60 and 64 are still working, as are about 20% of those over 65. And the rest of the people are relatively healthy. According to a survey by Japan’s Cabinet Office in 2010, about 90% of Japanese over age 60 said they don’t need any assistance in their daily lives, which is the highest percentage among citizens in Germany, South Korea, Sweden and the US.

As an extreme example, in May 2013 80-year-old Yuichiro Miura became the world’s oldest person to climb to the summit of Mt. Everest, after previously achieving the same feat at ages 70 and 75. Miura, a professional alpinist, may be exceptional; but in fact most ordinary retired male wage earners and their wives live useful and active lives. Some return to their home towns and take up farming, or set up a photo circle to enjoy photography, for example. Others work out at neighborhood gyms or join a community chess club. Sometimes they go to town for a drink with their old school mates, or travel abroad with their spouse, and so on. They use time which was not available during their working years to enjoy a meaningful life after retirement.

Norio Eda, another octogenarian, makes several trips abroad each year to visit relatives. Clad in casual jeans and a denim jacket he appears younger than his actual age. “Dressing up like a younger person gives me a sense of feeling younger at heart,” says Eda, who until retiring at age 70 worked as an on-site supervisor for installation of air-conditioning systems. He then began to study English as a hobby and now speaks English so well even native speakers are impressed. “My hearing is deteriorating, so it’s hard to understand what people say,” he says modestly. “But I’m okay with speaking.”

What’s Behind the Low Membership Rate?

People’s post-retirement lifestyles have become increasingly diversified, a trend that’s having an impact on Zenrouren, Japan’s biggest organization for the elderly. The Japan Federation of Senior Citizens Clubs, Inc., observed the 50th anniversary of its founding in 2012. It currently boasts about 110,000 chapters with a total membership of 6.6 million people nationwide. These clubs organize various social and recreational activities like gateball, a Japanese variation of the game of croquet, or neighborhood campaigns to clean up public areas and so on.

Its members are mostly over age 60, but recently the membership, which used to represent about 40% of the nation’s retired people, has declined sharply to only 8%. Hiroya Yoshitake, who works at the prefectural branch of the federation, explains the reasons behind declining membership, saying, “Nowadays the elderly are aware that there are various ways of living.” Another reason, he feels, is the stigma against the word rojin (an old person) in the group’s Japanese name, as many people don’t want to think they are old.

A female member gave another reason, “Each club has a chairperson whose job is to contact the members or to represent the club at national meetings. The job is time-consuming and bothersome. Nobody wants to be a chairperson. With no one willing to hold the position, the club itself gradually breaks up and disappears.” Increasingly it seems that people want to enjoy their own freedom and prefer to avoid the burdens of responsibility.

For Living Useful and Active Lives

To support those various lifestyles of the elderly who live their own lives irrespective of their age according to their preference and produce their own lifestyles, the event called “Otohaku” was held in Makuhari, Chiba Prefecture in the mid May of this year. This first-ever exposition for seniors attracted over 10,000 visitors over the course of three days. Various booths at “Otohaku” dispensed information about health care, food, adult education, traveling, etc. At the same time, walking, social dancing, physical test or karaoke events were held. Kazuo Tsurumi, who represents Nippon Exhibition Co., Ltd., the organizer, explained the concept behind the title. “Using the word ‘elderly’ or ‘65’ would have repelled visitors,” said Tsurumi. “We wanted to have the title which doesn’t carry the negative connotation of aging.”

What Do the Elderly Want, and Need?

Most of the visitors to Otohaku appeared to be older than age 65, but could be seen engaged in animated discussions, smiling and with a generally healthy appearances. “Those who came all the way to the exhibition hall in Makuhari are all healthy and must be curious about new things or want to learn about new things,” said Tsurumi. “Those kinds of people are assertive and can act as opinion leaders in their communities. In a nutshell, if we reach out to those people and inform them of new services or products, they are more likely to pass it on to others via word-of-mouth.”

At the booths operated by companies, staff could be seen talking with visitors and passing out questionnaires, handing out free samples or explaining their company’s products or services. Through this sort of direct communication, they can better determine seniors’ needs and demands. The Suntory booth introduced “ALL FREE,” a non-alcoholic beer taste drink. Free from calories, sugars and alcohol, it is thus ALL FREE. SECOM, a major security service provider, exhibited its home security services for families with elderly members, which included an emergency call unit in case of sudden ailment or injury, and an easy-to-use control panel.

However in the same manner as the declining membership in Senior Citizens Clubs, the exhibits that clearly targeted “old people” tended to be viewed negatively and were avoided. A man in his 70s from Chiba Prefecture remarked, “Saying something is ‘for old people’ holds no appeal at all. Rather, I resent it.” Tsurumi believes Suntory is adopting the right approach. “First off, a company should become friendly and get to know the customers,” he said. “Giving away product samples, like Suntory doing, is the first step toward building a relationship.”

Recent news reports has been full of stories about frauds and other crimes targeting seniors, such as “It’s me, send money” telephone scams, coercion in selling overpriced health foods or fraudulent investment schemes. The elderly tend to be proud of their seniority, and in general tend to be frugal, even the ones who are financially well off. Tsurumi thinks that for the sake of Japan’s economy, seniors need to loosen up their purse strings and spend more, so that the money will be passed on to young people in the form of wages, thereby serving to invigorate Japan’s economy.

But many seniors don’t have an email address after they retire; nor do they belong to any organization, which makes them more difficult to reach. In that sense, they believe in word-of-mouth information and have a strong tendency toward fellowship. Companies hoping to do business with them need to recognize and utilize those characteristics. “The notion that ‘Seniors are affluent, so they should buy our products’ is the worst kind of attitude,” Tsurumi said.

While members of the younger generation exchange information via social networks or emails and are readily reachable, most seniors can only be approached via conventional methods such as handing out brochures on the street, offering free samples or at face-to-face encounters. While relatively time-consuming and old-fashioned, it’s a style that those seniors appreciate.

What elderly people fear the most is loneliness. Companies should think of how they can get involved, and become part of, elderly communities. “They may take a bit longer, but these analog approaches work very well,” Tsurumi asserted. “Seniors don’t need to spend that much money on basic living costs. So unless we can get them to spend more on hobbies, recreational activities and so on, we won’t be able to stop or slow Japan’s economic decline.”