Shopping is a complicated business. Balancing different elements including price, convenience, personal preferences, sources of information, trust and special offers. No more complicated than in Japan where variety, new offerings, crowded stores and endless on-line and mobile advice are overwhelming. I have written before about some of the shopping options and decision making made by Japanese moms, the new seniors and men. Recently I was reviewing a whole raft of research studies we have undertaken in the last two years on all sorts of lifestyle subjects and noticed a few key truths about Japanese shoppers that may surprise you.

The evidence that Japanese shoppers are less likely to switch products and brands than people elsewhere is rarer than you think. The perception of caution among Japanese shoppers is, in reality, a case of people using all their technologies and experiences to look for the best option.

For example, we expected Japanese moms to be among the World’s most conservative in terms of brand swapping. We were wrong. Globally, only 10% of mothers tell that when considering purchasing items related to their children they were not at all brand loyal, in Japan that number rose to 26%. We also found that 52% of Japanese moms told us they buy mostly on convenience and special offers (compared to just 29% globally). And 91% of those with smartphones tell us that they use them while shopping to compare offers and search for details of products they don’t know.

This should not surprise us. We all know Japan is a market where new products proliferate. If we think of today’s moms, or indeed all generations, then the experience of the last 30-plus years has been one of constant new product offering, constant fads and trends. Growing up with constant choice has resulted in people being used to trial and interested in the “new.”

TRUTH 2: Smartphones Are Making the Savvy Even More Cautious

It is no surprise that we cannot live without keitai-denwa or simply keitai, our mobile phones. In our “Truth about Youth” study over 50% of 16-22 year olds told us that their mobile phone was their fifth sense, more important than say their sense of smell in helping them “sense” what is happening in their world. This applies as much too Japanese moms who use their phone to enhance their shopping experience as to their teen children. Shoppers of all ages use their mobile devices to enhance their shopping experience, check alternatives and ensure they know “everything.” So having an app to help potential consumers’ decision making as people expect these aids in order to make trade-offs, and understand what extra value they can get from a purchase.

We know this as our “2011 Truth about Privacy” study identified a group of what we called Savvy Shoppers, those who most likely to sign up for store loyalty cards, value convenience, enjoy building status and willing to trade information for rewards. They represent 37% of the global sample in our research, but a huge 60% in Japan. These people are willing to give up information for points at retail at a level above anyone else in the world. As one 50-year-old Japanese woman told us: “I don’t mind sharing information with brands, as long as I benefit from it. I do not want any info that has no benefit.” Again, our “Truth about Connected You” study conducted in March 2013 revealed that Japanese shoppers are heavily price-driven with 34% redeeming mobile coupons and 70% conducting price comparisons through their keitei, both of which were much higher than global averages.

We sometimes forget that Japanese shoppers have had more access to mobile messaging, information sources and shopper aids longer than anyone else. So no surprise that they get bored easily and have a “just give me the basics” attitude.

Japanese are a lot less open to receiving messages or seeing advertising on their mobile than their global counterparts simply because they believe “they have seen it all before.” We found that 43% of Japanese would rather not see any apps or services delivered to their mobile, much higher than people elsewhere. The 62% of smartphone owners wish the advertising they saw was more entertaining and 60% said that they didn’t mind seeing advertising if it was something they were actually interested in. The truth is that Japanese are fatigued by mobile advertising that does not fulfil the promise of the entertainment and information quality they expect from their regular keitei usage.

“Time and smartphone memory are both limited, so unless there is a strong reason, I don’t think I will use it,” said a Japanese male in his 30s.

Japanese tend not to share their purchases on social networking services. They do not want to be seen “showing off.” Today’s technologies enable instant sharing and connection, but many Japanese are worried about the privacy implications. 59% of Japanese agree with the statement that: “The erosion of personal privacy is the number one issue globally that will be made worse by mobile technology” — compared to only 46% globally and hence they are the least likely openly share thoughts and opinions with friends online. When we asked about shopping for something big (TV, car or computer), and how they envisioned their mobile helping them, only 8% of Japanese said they would share their shopping experience via social networks compared with 16% globally.

It is much more likely that shoppers will share their experiences anonymously online via product review sites or over Twitter. Japan has the largest Twitter population in the world, and the nature of Twitter allows Japanese to connect with others and express their opinions anonymously and without fear of what others may think of them.

It is also true that Japanese are wary of shopping online with only 17% of Japanese liking to openly “check-in” and only 24% believing paying by mobile is as safe as paying by credit card over the counter. The 59% think the mobile Internet is developing faster than the ability to keep it safe.

However, e-retailing will continue its rapid growth. As we have said, the “savvy shopper” in Japan appreciates rewards and extra value. While events like 3.11 helped push the on-line sales of commodities, the real breakthrough for on-line and mobile shopping and purchasing is the extra value being offered. Free delivery on almost anything, extra points on reward systems, aggregating points systems working over multiple brands are all quoted regularly as reasons why shoppers are increasing “virtual shopping.” While reticent to broadcast their experiences to everyone, sharing best experiences with select groups of friends is also driving changes in shopping.

TRUTH 5: Maximizing = Sharing with Those Closest

Across all our studies, the Japanese desire and willingness to “commit their fullest” continues to stand out. They love to maximize their time and get as much value as they can, both price and quality value. The popularity of mobile sites such as gurunavi (coupons for restaurants) and tabelog (user reviews of restaurants) are popular exactly because Japanese want to be sure they maximize their time eating with friends or family.

Since the triple disaster of 3.11, Japanese have looked to renew their connections with those closest to them. In research we did in March 2013, we found that 31% of the population actively value the local community more now than before 3.11 and 66% say that actually meeting people for face-to-face conversations has grown in importance for them.  Connection matters.

The popularity of LINE, with its cheaper data connections, has exploded in popularity in Japan. It suits the premium of privacy as it is a closed application that limits contact to people for whom you have real details like their phone number and user name. In our research we often heard this referred to as real connections, and as Japanese spend more and more time with close friends and family—whether it be shopping or eating together—they are looking to maximize that time together, and to share experiences in more personal ways.

Of course Japanese really do like to “fit in.” When we asked in the “Truth about Moms” study, which media moms in nine countries felt best helped them make purchasing decisions they talked about family and friend advice as much as moms everywhere. However, they were five times more likely than the global average to rely on television as a way to get advice on what to buy. Why? Because people believe that was the best way to know what “the common view” might be. For marketers, the lesson is that Japanese household shoppers rely on sources that will indicate “what is safe to buy.”

When we look across these five truths it seems clear that, in the near future, connecting with the Japanese “savvy shopper” will be defined by a few clear guidelines. 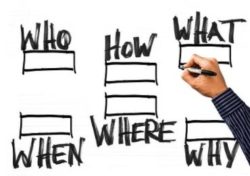 Why There Is No Job Descriptions in Japan?