Leaders Need To Have the Spirit of 先憂後楽 (Senyukoraku) “hardship now, pleasure later.”

There is a phrase, “Hardship now, pleasure later.” In Japanese it is written, "先憂後楽" (senyukoraku).

All corporate managers should be the first to undergo hardships and the last to get pleasure.  Good managers always stay engaged in their work.  Even when they appear to be playing, their brains are working.  They are always thinking about management at the back of their minds.  They are content to be the last to have fun.  They can even wait until they retire.

Corporate management will not go well if the managers do not have the spirit of “hardship now, pleasure later.”  It is impossible for managers to succeed at management while they are satisfying their desires to play and rest like everybody else.  Managing is not such an easy thing.

“Those small- and medium-sized companies where the managers go out golfing with their customers on weekdays are sure to fail.”

These are the words of Tetsugoro Obara who was referred to as a magnate in the world of credit associations and known by his philosophy of credit association management.  These words mean a lot because they come from the foremost authority on the inner workings of a great number of small- and medium-sized companies.

At least, one who has assumed the position of the supreme leader of a company must have the spirit of “hardship now, pleasure later.”

Only when the leader has the spirit of “hardship now, pleasure later” and the resolve to lead the company at the risk of his or her life, he or she can quickly read the trend of the times and choose the right way to steer the company.  Only when the leader maintains such a sense of urgency, can he or she get new ideas one after another that are rich in originality and ingenuity.

It is said that Bill Gates had a habit of saying, “You must worry!” and he was always paying attention to threats to Microsoft.  It is also said that he demanded that his employees do the same thing.  Nevertheless, he might have changed and is nicer to his employees at present because I heard of this story a long time ago.  Judging from the current performance of Microsoft, however, it appears certain that Mr. Gates has been encouraging himself by saying “You must worry!” to himself.

There is a coined word “Nomini-cation” (communication over drinking) which indicates that a boss takes his or her subordinates out for a drink after work to exchange ideas and opinions with them frankly.  Some people used to say that this method of exchanging information had supported the strength of Japanese companies.  This is an interesting view and I am not going to deny it outright.  In fact, Kyocera Corporation has placed importance on this drinking party for the interchange among employees, which was named as kompa (casual party) by the founder Kazuo Inamori.

However, coaching subordinates is a totally different story from taking subordinates out for a drink.  If there is a boss who does not understand the difference between these two things and thinks that it is impossible to develop subordinates without taking them out for a drink, I would say that this boss is a third rate boss.  This boss would instead be harmful to the company.

Speaking from my own experience of working in Japanese society after the war, drinking had been a special pleasure of luxury for ordinary office workers until recently.  If you have seen the movies depicting the office workers of the years of high economic growth, you will know how excited they were about drinking or attending drinking parties.  An economist who died at the age of 70 a few years ago had written in an essay, “I had two dreams when I was young.  I thought how nice it would be to be able to drink every night and buy as many books as I wanted.  But I never imagined that such days would really come to Japan while I was alive.”  Indeed, back then, it would have been both enjoyable and valuable that a boss took his subordinates out for a drink.

But that era is now over.  Nowadays, even young people can easily go drinking with their own money whenever they want.  It is therefore meaningless to cling to the idea of communicating with subordinates by drinking.  I would say that a boss that still held onto such an idea is too easygoing.  Beyond that, if a boss takes his or her subordinates to an unsuitable, expensive bar in order to impress them and dines at the expense of the company, it is absolutely outrageous.

Bosses should instruct their subordinates at the office.  This is a basic tenet.

I described above that Mr. Inamori of Kyocera Corporation thinks much of “kompa.”  However, we should remember that he is a person fully capable of developing his subordinates without the aid of drinking.  On that basis, he cherishes kompa to facilitate the interchange among his employees. 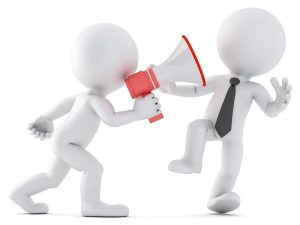