Talking Directly While Looking Each Other in the Eye – This Is the Basis for All Human Relations.

In Japanese schools, we are always taught to look people in the eye when we talk to others. If you are working in a Japanese company, make sure to look your boss or your subordinate in the eye or when you have a job interview, look in the eye of the interviewer. By looking them in the eye, you can give them a positive impression.

The Eyes Are As Eloquent As the Tongue

You should see each other when talking.

There is also a Japanese saying that the eyes are as eloquent as the tongue.  In reality, the eyes are often more eloquent than the tongue.  If you listen to your subordinates while looking into their eyes, you will begin to see things behind their words.  For example, you may sense the subordinate’s self-confidence even if he or she is talking with reserve.  Or, even if the subordinate says everything is going well, you may feel that the real situation is not so good.  You will thus come to sense the subordinate’s real feelings.  On the other hand, the subordinate will find it difficult to talk nonsense if he or she talks while looking at your eyes.  Therefore, it would not be an exaggeration to say that people exchange true messages beyond words when looking each other in the eye.

Two people get together and talk while looking each other in the eye.  I think this is the basis for all human relations.  If you want to make your intentions understood correctly and/or want to really understand the other person, the best way is to directly talk to him or her while looking at his or her eyes.

We cannot communicate subtle nuances unless we talk to each other face to face.  Like other people, I usually use telephones and emails to receive reports from my subordinates and issue instructions to them.  At the same time, however, I try to meet and talk with them as much as possible.  I do this because I want to communicate subtle nuances.  Reading mistakes and misunderstandings cannot be avoided by merely sending emails and handing documents to subordinates.  Although using IT devices is sufficient up to a certain point, I always talk to my subordinates face to face at the final stage.

I directly speak to my subordinates so that I can get my thoughts across to them clearly and correctly.  In this way, I can also get subtle nuances across to them.

Suppose there were a boss who never looked towards his or her subordinates – let alone their eyes – while they were giving reports intently.  It would be natural that these subordinates could no longer place trust in the boss who showed no good faith.  The subordinates would lose their motivation and come to do sloppy work.  They would also come to think that if they did wrong, no one would find out.

The number of people one can meet in a lifetime is very limited.  I therefore think we must respect each other because two people who could meet each other are somehow linked by fate.

The new coronavirus pandemic has promoted telecommuting, but conversely, the importance of actually meeting to work and have meetings is being reevaluated. Having a meeting on ZOOM is fine, but it is important to communicate important things in person.

To talk directly while looking each other in the eye is to listen to the inner voice of each other.

The Boss Is Not Qualified To Be a Person in Charge If He Or She Cannot Explain the Reasons for Warnings and Instructions Given to His or Her Subordinates.

Explain the reason of your order or request.

Always have a reason in mind when you ask for something. In the old days of Japanese companies, it was enough to just listen to your boss's orders, but these days, it's different. Think about the reason behind the job. If you are a supervisor, you should tell your subordinates the reason when you give them an order. This is what is required of businessmen from now on.

I sometimes see bosses who are running around in circles though they are working earnestly and trying to set an example by leadership.  In many cases, the reason is because they have not provided sufficient explanations to their subordinates.  They think that, because they themselves are doing properly, the people around them will understand them.

This was not necessarily the case in the past.  For all Japanese people, the realization of an affluent society was an obvious, common goal.  In addition, we could simply take America as a model.  We could thus share common values without having to put them into words.

Now that we actually live in an affluent society, we have plenty of choices.  People nowadays, especially young people who have grown up in various environments, hold diverse values.  Managers and bosses will experience hardships if they do not pay attention to this aspect of our time.

In this affluent society with diversified values, what matters is sensibility.  In other words, we live in the age of emotion and sensibility.  Young people of this age of affluence have grown up while judging things based on their feelings, such as whether or not they like them and whether or not they can feel something from them, for a long time from their childhood through the end of their student days.  To lead these young people who have grown up relying on their own feelings to make judgments, the leader must always be able to explain why an instruction or a warning is being given to them.  This is because explaining “why” can bridge reason and emotion.  By explaining “why,” we can promote the harmony between reason and emotion.

Furthermore, managers and bosses have to have their own philosophy in order to be able to explain “why.”  In previous days when we could share the same goal without exchanging a word, powerful words and vigorous actions could cover for a shallow philosophy.  However, such days are going to be over.  In this day with a multiple of choices, we cannot touch the hearts of our subordinates without speaking to them with convincing words that we have thought out by ourselves.

In addition, repetition of thinking out and putting it into action is an inevitable process to establish a philosophy.  Therefore it is fair to say that managers and bosses who fail to explain “why” are slacking in their efforts.

In this regard also, I must say that leaders who cannot explain “why” are disqualified leaders. 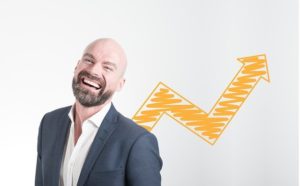 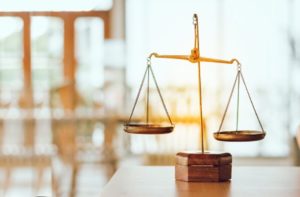