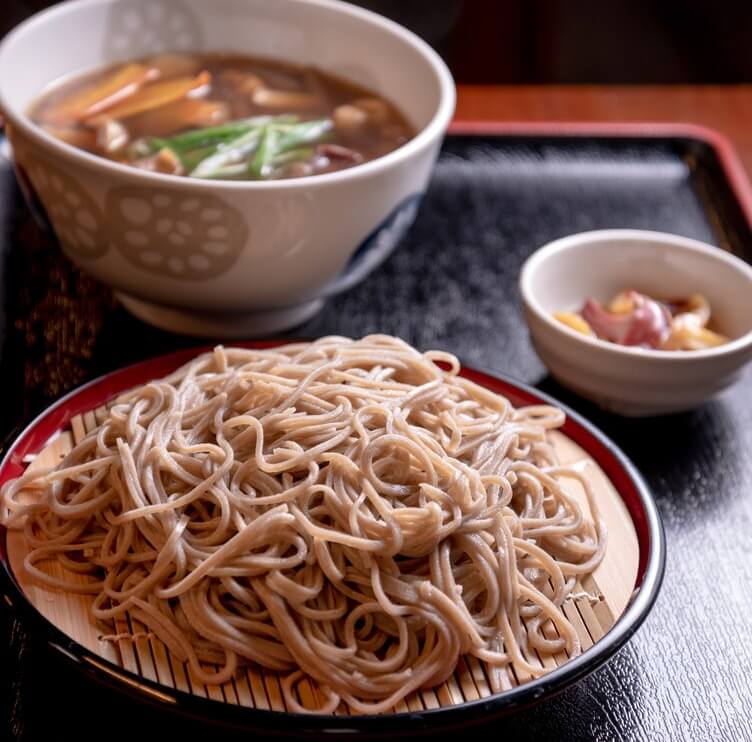 The Reason for Eating Soba on New Year’s Eve

So why soba?  There are many theories as to why soba is eaten on the night of New Year’s Eve. According to one theory, it is because soba is easy to cut, and it is thought to be a good way to get rid of the old year’s hardships and bad luck.

Another Plausible Reason for Eating Soba on New Year’s Eve

There are several explanations for the origin of New Year Eve’s buckwheat noodles.  Among them, the theory from the superstition of “Eating soba will increase your luck in money” is well known.   At first glance, there may seem to be no special relationship between soba and money.  However, during the Edo period when the custom of eating New Year’s Eve’s buckwheat noodles began, there was a close connection between soba and gold.

Other Interesting Info About Soba

Hikkoshi soba (tradition of giving buckwheat noodles to new neighbors after a house move) is also said to have its origins in the superstition that soba increases one’s luck with money.  That is, soba as a lucky item of increasing one’s luck with money was ideal for creating a favorable impression when meeting someone for the first time.

Soba is considered to be one of the most popular Japanese foods, but in fact it is eaten in some other countries as well. In Slovenia, the annual consumption of soba is higher than in Japan, and it is eaten every day.