The History of Japan’s School Lunch 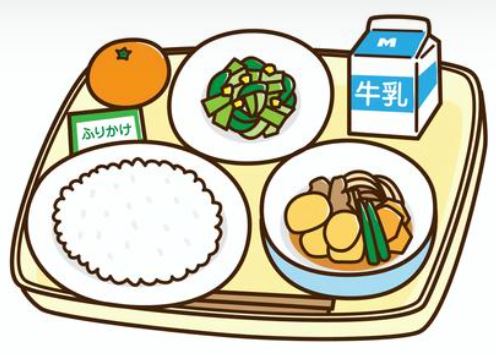 The History of Japanese School Meals

As a result, in Japan, most elementary school students and junior high school students eat kyushoku (school lunch). Parents usually pay 250 ($2.50) to 300 yen ($3) per lunch for the cost of the ingredients, with labor costs being funded by local authorities. The tradition started in the early 20th century.

Except for those who have a food allergy, usually all meals provided on a given day are identical for all pupils of the school. A group of students takes turns to serve meals and the tables are set and cleaned by all students. The menu is planned by dieticians and changes daily. The average menu has gone through a great deal of change since the basic meals of the 1950s, as Japan grew economically. School lunches were traditionally based on bread or rice, bottled or cartoned milk, a dessert, and a dish which changed daily. Popular dishes from the early days included inexpensive protein sources, such as stewed bean dishes and fried white fish. Hamburger steak, stew and Japanese curry became staples as well. Today, school lunches are a diverse affair, including soup and side dishes. Dishes range from Asian dishes such as naengmyeon, tom yum, and mapo tofu to western dishes such as spaghetti, stew, and clam chowder.