Who is Eiichi Shibusawa? 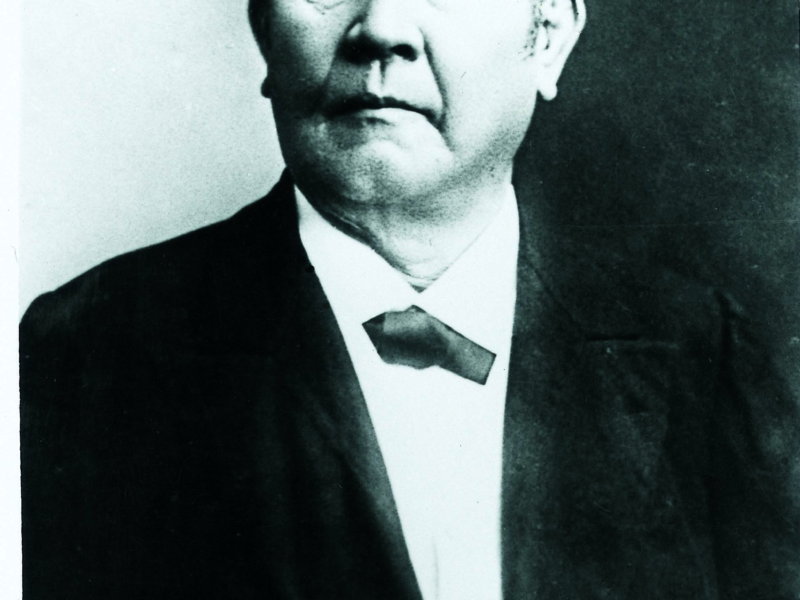 However, many people may not know much about Eiichi Shibusawa, the man who is featured on the new 10,000 yen bill.

Eiichi Shibusawa was a businessman who led Japan’s industrial world from the Meiji era to the early Showa era. He was involved in the establishment of many companies, including the First National Bank (now Mizuho Bank), Oji Paper (now Oji Holdings), Tokio Marine Insurance (now Tokio Marine & Nichido Fire Insurance), and the Imperial Hotel. He has been called the “father of modern Japanese capitalism.” Let’s look into his background more.

Eiichi Shibusawa built the modern Japanese economic world based on western structures, and is known as the “father of Japanese capitalism.” First, in 1873 he created Japan’s first private-sector bank (today’s Mizuho Bank). With this bank as his base, he was involved in the establishment of many companies. They numbered about 500, extending into almost every field including finance, railways, transport, yarn, paper, civil engineering, architecture, electricity, gas, chemicals, steel, shipbuilding, hotels and hospitals. Even now, famous enterprises such the East Japan Railway Company, Tokyo Gas, Sapporo Beer, the Imperial Hotel, and the Oji Paper Company still remain. Without Shibusawa, the modernization of Japanese industry would have happened much later. Even world-famous business writer Peter Drucker cited Shibusawa’s name as the person who built the foundations of today’s Japanese economy, and held his achievements in high esteem.

Shibusawa was born to a wealthy farming family in Saitama, north of Tokyo. His father’s wealth had increased due to the production and sale of indigo dye, and as a child Shibusawa helped with the family business, polishing his skills. Also, from childhood he loved to study, valuing the “Analects” of Chinese philosopher Confucius above all. This work became the guiding principle of his life. In his youth he was poorly treated by a local magistrate and became dissatisfied with the feudal caste system during the Edo period (1603-1868). At 24, he made a plan to overthrow the shogunate, but was persuaded by his friends to abandon this idea. In 1867 he accompanied  Akitake Tokugawa, younger brother of the shogun Yoshinobu Tokugawa, to Europe, and this trip set up the future course of his life.

Having come into contact with the advanced western technologies such as railways, gas and waterworks, Shibusawa felt the great disparity between Japan and the West. For example, at the site of the Suez Canal, which would connect the Mediterranean and the Red Sea, he was impressed at seeing countless people working together at the same time, on a scale that astonished him, to build something for all the people of the world.

In France, at the Paris World’s Fair, he experienced the latest technology, and toured meeting halls and shipyards, clock factories and museums, government offices, libraries, banks, military installations and so on. During his stay, he learned about the structure of economics and finance from the banker who was assigned as a facilitator to the Japanese delegation. What he admired most was the system of collecting small amounts of capital from many companies and individuals in the system known as gappon-shugi (the present kabushiki-gaisha or joint-stock company system) to carry out business on a large scale. Learning that the Suez Canal was also financed in this way, he resolved to introduce the system to Japan. He believed that if commerce and industry could develop as joint-stock companies, business persons could raise their social rank, and the caste system would disappear.

Upon his return to Japan in 1869, Shibusawa created Japan’s first joint-stock company, “Shoho Kaisho.” However, Shigenobu Okuma,(1838-1922, 8th and 17th Prime Minister, and founder of Waseda University) singled him out for his talent, and for three and a half years, Shibusawa worked as a government official. During that period, he was instrumental in preparing the tax, monetary, postal and other systems, enacting national banking regulations, constructing railways and so on. From the experiences of his European journey, he especially felt that, because it was necessary to develop a private-sector economy to make the nation wealthy, banks had a large role to play. Therefore, as mentioned above, in setting up Japan’s first private-sector bank he was involved in the establishment of many companies. For Shibusawa, the purpose of corporate management was not to monopolize profits. Based on the teachings of the “Analects,” it should be a kind of social work, returning the profits to society.

Friendship with the U.S. Through Dolls

Shibusawa’s social-work activities were also aimed overseas. When the 1906 San Francisco earthquake caused much damage in that city, he quickly sent donations via the bank of which he was president. From this beginning, more donations were collected from all over Japan. Then 17 years later in 1923, when the Great Kanto Earthquake, centered on Tokyo and Yokohama, happened, a large amount of donations was received from the U.S in return.

Having built the foundations for the establishment of many Japanese banks and companies, in 1916 Shibusawa retired from the business world. From that time, he concentrated on social works and international exchanges. He organized the Japanese-American Friendship Society in 1913 and the Japanese-American Relations Committee in 1916, to work for friendship between the two countries. But in the early 1920s, relations between Japan and the U.S. deteriorated after a law was passed in the U.S. to restrict the increasing number of immigrants, followed by an act expelling Japanese immigrants. Believing that this was due to a misunderstanding about Japan, Shibusawa held exchanges with the American president and businessmen to try and resolve the problem. In 1927, a suggestion was received from an American missionary, and, with Shibusawa as mediator, an exchange of dolls was carried out between Japan and the U.S. At that time, the U.S. sent about 12,000 dolls as gifts to Japan. These were distributed to elementary schools or kindergardens all over the country, where they made a big impression. In return, Shibusawa sent 58 Japanese dolls to the U.S. Even now, about 300 of these dolls remain in Japan and 44 in the U.S. This kind of leadership in cultural exchange between civilians was significant.

Also, Eiichi devoted himself to creating a non-governmental international network for cultural exchange among the world’s political and business leaders and cultural figures. He invited the Indian poet Rabindranath Tagore, Chiang Kai-shek from China, former American president Ulysses S. Grant and many others to his home. For these efforts he was nominated for the Nobel Peace Prize. Furthermore, Shibusawa built facilities for children and elderly people with no relatives, was involved in the establishment of Hitotsubashi University and Japan Women’s University, and supported about 600 educational institutions and public-works enterprises.