Perhaps every country has some kind of fermented food, whether it is popular in that country or not. There is Vegemite in Australia and Marmite in the UK and New Zealand, as well as surströmming in Sweden, which is rarely found in other countries but nonetheless famous for its strong smell. More commonly, fermented cheese and yogurt from other European countries are now consumed in many parts of the world.

Japan, too, has its typical fermented food. If you have ever visited Japan, you are probably aware of a strong-smelling food most commonly served at the breakfast table. This is natto, fermented soybeans. There may be other foods in Japan with a stronger smell than natto, such as the fermented fish product kusaya. But considering that more than 12 million packs of natto – enough for one-tenth of the population - are produced in Japan every day, it is certainly the most popular smelly food in Japan.

This article investigates how natto is made and probes into the secret of its popularity. First, let’s visit a factory which produces two million packets of natto every day. This factory is run by the Takano Foods Co., Ltd., which has the largest share of the natto market - more than 30%. This factory, in Ibaraki Prefecture, is the company’s biggest. There are different types of packets with a variety of flavors, but size-wise, there are two main kinds: a square tray and a round cup. The square one contains normally 50 grams of natto and the round one has 30 grams. But the production process is almost the same for each.

How to Make Natto

The first stage of the natto-making process is rinsing the soybeans. The machine shown in the photo can rinse 60 kilograms of beans every minute. ① The beans come not only from Japan but also from the US and Canada. Before being rinsed, they are sorted by shape, size and color.

After the soybeans have been cleaned, they are soaked in water. ② Bigger beans require between 15 and 20 hours of soaking, while smaller ones require less time - 13 to 14 hours.

The well-soaked beans are then boiled until they become soft. They should be soft enough to be easily crushed between your thumb and little finger. This process is also important to kill germs and sterilize the beans. ③

After the beans have been boiled, they are sprayed with natto fungi, or bacillus subtilis var. natto in technical terminology. They are then ready for fermentation. Natto fungi are quite tolerant to heat and are able to live at boiling temperatures, while other fungi die. It is said that 10 million fungi can be obtained from a single rice straw grown in Japan, and there are many different kinds of fungi which determine the flavor of the natto. Many natto producers have their own fungi. Also, there are some companies which mainly sell natto fungi.

An interesting fact is that the fermentation process comes after the packaging. However, the packaging is not completely done. Boiled soybeans sprayed with fungi are immediately poured into square polystyrene packets, then a thin vinyl sheet with holes is laid over them and one pouch each of sauce and mustard are placed on top of that. ④ The process is done rapidly by machine, then the packages are checked by other machines. Any defective packages that are detected - ones without sauce, without the correct amount of soybeans, etc. - are set aside.   Next, those packets which have passed the checks are placed in large blue containers. The containers are piled in stacks of more than 20 and transported to the fermentation rooms. ⑤ These rooms are kept at 40℃ and over 90% humidity, the best environment for the fungi to multiply. The soybeans are fermented here for 18 hours. The initial number of fungi in one packet is only about 10,000, but after 18 hours the number will have increased to more than 50 billion. This is the cause of natto’s stickiness.

After spending a long time in a hot sauna, you may want to soak in cold water. Natto may feel the same way. After the fermentation period, natto spends a day cooling down in rooms set at 5℃. This is an important part of the process, which stops the fermentation and matures the natto.

Then comes the final stage of full packaging – bundling and labeling. ⑥ And the natto is ready to be shipped for sale at supermarkets. If you walk into any supermarket in Japan, you may notice that most natto is sold not in a single packet but as several packets bundled up together. Most commonly, a bundle of three packets is sold for around 100 yen ($1.11). Very cheap indeed, but surprisingly, it is very nutritious.

Main Nutrients from a Packet of Natto (45 grams)

There are many other nutrients in natto other than the above. One of them is Vitamin K2, which strengthens bones and is essential to blood coagulation. Natto has attracted attention in the field of medicine. It is antibacterial, and an enzyme extracted from natto, called nattokinase, works to prevent blood clots from forming. Natto is very healthy and nutritious. That’s one of the reasons for its popularity.

The Origin of Natto

You may wonder how natto was developed. Is there any story behind it? Unfortunately, there are many different theories but no definite answer to this question. However, it is believed to have been created by accident. One plausible theory, introduced by cooking specialist Hisao Nagayama, goes like this:

In the 11th century, the government in Kyoto was trying to subdue a rebellion more than 500 kilometers away, in the Tohoku region. Government forces made the long journey to Tohoku on horseback. In those days, military horses fed not only on grass but also more than two kilograms of boiled soybeans a day. These beans were wrapped in straw and carried on the horses’ backs. The heat of a horse’s back might not be the best temperature for fermentation, but it was warm enough. And because of the long traveling time, the fermentation must have happened gradually. Along the way, the soldiers discovered the sticky soybeans, and so natto was born.

The above-mentioned factory is open to the public. You can join a free factory tour and learn about how natto is produced. The tour takes 90 minutes, including a sampling session and a museum visit. An advance reservation is required for the factory tour, but is not necessary for the museum visit.

The natto museum connected to the factory provides a variety of information on natto, including its history - how it was a part of the lives of the people with vendors selling natto every morning, and so on. There is a panel explaining how to make natto on your own. There is also a display about the history of Takano Foods Co., Ltd. Natto is unique to Japan, but there are similar fermented soybean foods in other parts of the world. You can learn all about them here. At the entrance of the museum, there are various foods which use natto as an ingredient: natto crackers, natto chocolates, natto flakes for rice, etc. Wouldn’t you like to try them?

The factory is about 100 kilometers from Tokyo but close to Ibaraki Airport. From Tokyo station, it takes 90 minutes by bus. From the airport, you can take a taxi, which takes 10 minutes. A taxi from JR Ishioka station takes 30 minutes. The factory is open every day except during the New Year holidays. 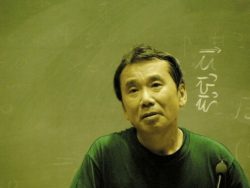 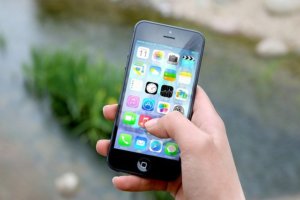