In September 2014, a single mother killed her junior high school daughter in a prefectural public housing complex in Choshi City, Chiba Prefecture, west of Tokyo. After killing her daughter, the mother intended to commit suicide herself. However, she was arrested before she could carry out her suicide.

The mother, who was 43 years old at the time of the incident, was living with her 13-year-old daughter, who was in the second year of junior high school. However, when the mother failed to pay the rent for two years, she was forced to vacate the property.

On the day of the forced eviction, the incident occurred. When the enforcement officers of the Chiba District Court entered the room, the mother was patting the head of her daughter, who had lost her breath, while watching a video of her daughter playing an active role in a sports festival.

The mother worked part-time, but her monthly working income was around 40,000 to 80,000 yen which is around 500 US dollars. She was in a difficult situation with multiple debts and delinquent payments of national health insurance premiums. The mother did not have any friends or acquaintances she could ask for advice, and although she had thought about applying for public welfare assistance, she had not yet done so.

The poverty caused this tragic incident and in fact there are many poor households in Japan.

According to the Ministry of Health, Labor and Welfare's National Survey on Living Standards, the poverty line in Japan in 2018 was 1.27 million yen (about 11,000 US dollars per year), and the relative poverty rate was 15.4%. This means that one out of every six households in the Japanese population is living in relative poverty.

The child poverty rate refers to the percentage of children under the age of 18 who live in relative poverty. Relative poverty is defined as having less than half of the disposable income of the people in the middle of the income distribution. For example, a household with two parents and two children suffering from a relative poverty would have a monthly income of less than 140,000 yen (including public benefits) which is about 1,200 US dollars.

It is becoming increasingly clear that children raised in such households are at an extreme disadvantage in terms of medical care, food, learning, and higher education, and tend to be unable to escape poverty in the future.

What is Oya Gacha?

Recently, the phrase "Oya Gacha" has become popular among young people because they cannot choose their own parents. Oya Gacha comes from a toy machine, "Gacha Gacha," in which they insert a coin and turn the knob to get a toy. But they don't know what kind of toy will come out. The parents are the same, they don't know who will be their parents until they are born.

So addressing the issue of child poverty has become an urgent task in Japan.

I have a friend who is a single mother. She is raising her two children while working. However, she is receiving a survivor's pension because of the death of her former husband. She also receives a child allowance (about 100 US dollars per child per month) for her two children. Therefore, she does not seem to be among the poor, but she says that life is still difficult for her.

In fact, she works at an infant home where children under the age of three are placed. She says that the parents who leave their children there either can't afford to take care of them financially or have abandoned them. In other words, even if they can afford it, they don't have the energy to raise their own babies, don't love their own children, or abuse them, so they send them to such facilities.

According to her, most of them are the latter. In other words, they don't love their own baby. Because if they love their child, they don't send them away and raise them by themselves no matter how hard the financial difficulty they are in. After the age of three, the child can enter an orphanage where they can be raised by the staff until the age of 18. At the same time, the parents can also receive child allowance because they are still their own children.

Important to know that there are various support systems available

There are many different types of single mothers. Some are not in poverty like my friend's case. There are also ways to use facilities run by the government such as infant home or orphanage. There is also the option of declaring bankruptcy and receiving welfare if need be. Also, in 2021, a law was passed that makes it possible to forcibly collect child monetary support from ex-husbands. Until recently, there was no mechanism to force them to pay child monetary support even if they do not pay it.

I think the situation changes a lot depending on whether you know this kind of information or not. In the case of the mother who stabbed her junior high school daughter to death, she said she did not have any acquaintances or friends. If she had known someone or had a friend, if she had had someone to talk to, if she had known that there was such public support system, I think she would not have fallen into such a tragic incidence.

That is the basic information surrounding single-mother households in Japan. 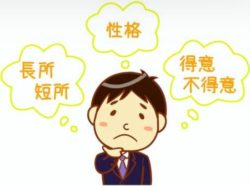