To Commemorate One’s Life As the Reason for Climbing Mt. Fuji

Mt. Fuji was designated a World Heritage Site by UNESCO. This summer, with the number of climbers on the mountain expected to exceed the average year, a survey was conducted to find out what people think about Japan’s highest mountain. JustSystems Corporation surveyed 1,100 people aged between 10 and 70. When asked the purpose of climbing Mt. Fuji, 49.5% of respondents replied, “To commemorate my life.” This was followed by “To observe the view from the summit (even if the view is overcast),” stated by 38.5%, followed by “To refresh my mind and body” (with 33.5%).

Mt. Fuji’s new designation as a World Heritage Site led 32.9% of respondents to say they want to see the mountain this year, whereas a smaller percentage, 19.2% said they want to actually climb it. The smaller number reflects the fact that climbing the 3,776-meter high mountain is physically demanding.

Also, 30.8% of respondents said they were interested in taking a tour of the area around Mt. Fuji and its five lakes (including a climb). Broken down by particulars (multiple replies were accepted), 86.7% wanted to tour cultural sites around Mt. Fuji; 86.4% said they wanted to see sightseeing spots; and 85.2% were interested in staying overnight at one of the hot springs resorts in the area, which are numerous thanks to subterranean volcanic activity.

As for the downside of World Heritage status, 83.5% expressed concern over the problem of rubbish due to an increased number of visitors. This concern over management of waste may be why 64.4% of respondents said they would agree to charging fees for access to the mountain. At present admission is free. 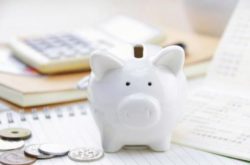