My husband recently met with a former colleague and a friend from his university. The colleague was a man who was recently released by the company because he was a “haken-shain” (short-term contract worker). His friend works for the government’s public employment office. My husband was hoping that his old school friend would be able to provide insider tips to his former colleague on how to look for a new job.

It is not like my husband to be concerned about someone’s welfare but he really liked this man. Already in his 40s, he was competent and smart. In his place, my husband now has a subordinate who is a full-time employee, fresh out of college with very little working skills and even less interest in gaining any. The injustice of Japan employee system has disturbed even someone as non-political as my husband. 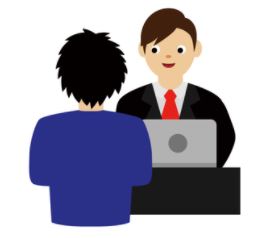 It took me a long time to understand the difference between a “sei-shain” 正社員 (full-time, permanent employee of a company) and “haken-shain 派遣社員.” In fact, it was my husband who about ten years ago, explained to me that the difference between the two categories of workers. He referred to the contracted workers as young women wanting three years of “koshi-kake” (resting on their behinds) before getting married. Full-time employees, even female ones, take positions of responsibility even if it required overtime work. It was deemed that contracted workers were not serious or hard-working. 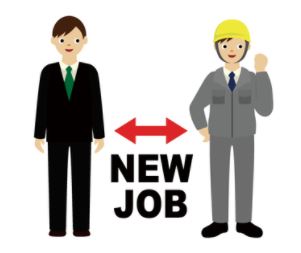 Hakenshain is growing in number in Japan

Labor activists and feminists were already pointing out that in the rural areas where work is not viewed as optional for women, employees without “permanent” distinction work just as hard and long as their “full-time” counterparts. The “haken” category was one of discrimination.

But it was not really until last year that all of Japan noticed the precarious position of the contracted worker and realized just how many men are now in this category. In June 2008, a 25-year-old man went on a killing rampage in Akihabara, killing seven and injuring ten pedestrians. The root of his rage was found out that all contracted employees (including himself) at the factory where he worked were being dismissed. The media then gave the plight of the male contract worker much coverage and it garnered much public sympathy.

Reports of massive layoffs at many of the major manufacturers dominated news in the fall. Then at the end of last year, there was a very public demonstration by the recently unemployed at Hibiya Park. This event propelled an NPOs with the government aid to create an emergency shelter for these people and a quick job search program to get them out of the park and out of the media.

The working poor, the underemployed – these are new terms and new realities in Japan.

Permanent employment was such a cornerstone during Japan’s rapid industrialization period. A guaranteed long-term wage made people confident that they could pay off mortgages. People didn’t expect work to be emotionally fulfilling. People were simply devoted to whatever company they worked for, and were rewarded for their loyalty. But in the last decade, attitudes toward work have drastically changed.

People are spending more time “wondering” what a suitable career is. People quit jobs. People indulge in artistic pursuits. On the other end, companies are hiring less permanent employees because the flexibility of contracted workers.

My brother-in-law is a typical example of the underemployed. With a chemistry degree, he works as an industrial plumber alongside junior high school graduates. For years, he wanted to be a police officer or a firefighter. But despite having a science degree, at the interviews, he flatly refuses to do scientific work. So he worked at day jobs until he turned 27 and that plumbing business offered him a full-time position. But with only five employees, there are no benefits or welfare program and little job security. His story is not unlike that of the currently unemployed contract workers. They are decent, hard-working people who for various reasons got off the mainstream track.

It is a good thing that the government is beginning to realize that without more job creation programs; continual underemployment can spell all types of social problems, even if random massacre is not likely to happen again. 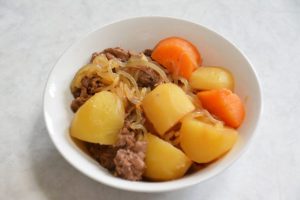