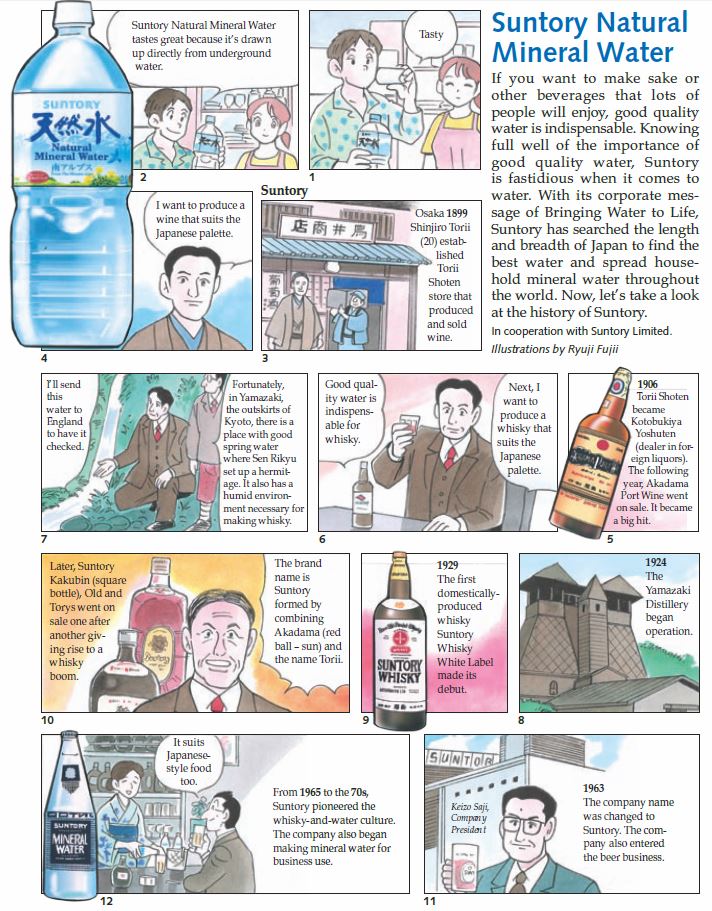 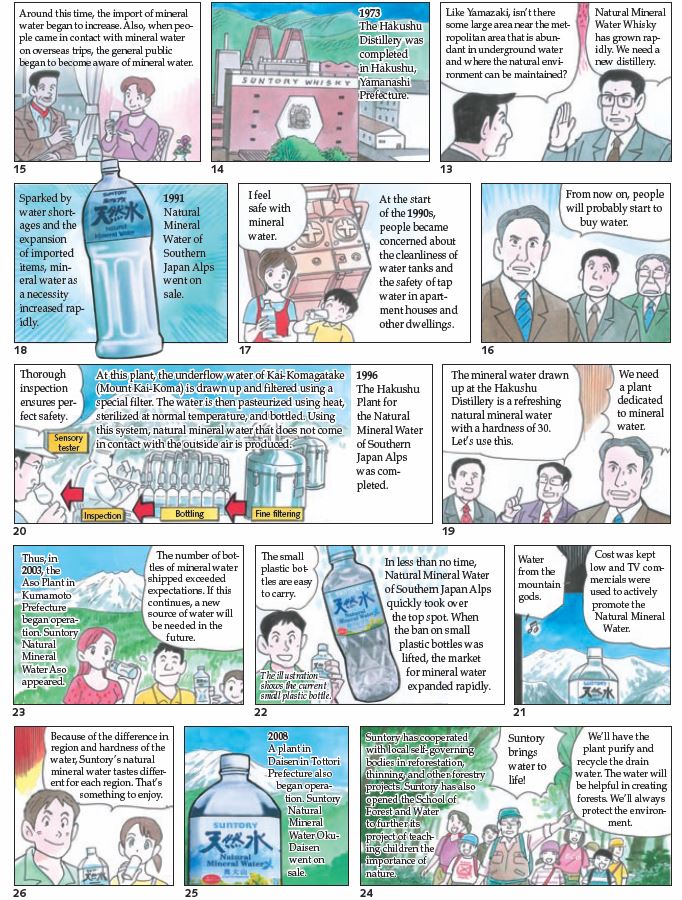 The company name was changed to Suntory.  The company also entered the beer business.

It suits Japanese-style food too.

Whisky has grown rapidly.  We need a new distillery.

The Hakushu Distillery was completed in Hakushu, Yamanashi Prefecture.

The Hakushu Plant for the Natural Mineral Water of Southern Japan Alps was completed.

When do you realize you are Japanese?

What is your job-related worry?