The Air of Someone "KY"

What does KY ケーワイ means? The Japanese have a way of using the English alphabet as abbreviations for Japanese terms. One recent term that I particularly like is “KY” which stands for “Kuki wo Yomenai” (the inability to read the air.) The “air” in Japanese is used metaphorically in many ways, but mostly it refers to a person’s surrounding. The ability to “read” your surrounding is to pick up on non-verbal cues and understand how people around you are feeling without them telling you.

KY was once nominated as one of the Trendy New Words of the Year. The term originated by high school girls gained mainstream recognition. There is no real equivalent in English. Understanding non-verbal cues is a translation in Japan, where verbalization is not common, the ability to react based on non-verbal actions is a very highly regarded skill. In Western society where people tend to verbalize their feelings more, this ability is not as important. People who are labeled KY typically have problems with social interaction at school and in the workplace. I like this term because it gave a name to what is a serious social problem in Japan.

People, from children to adults, rarely tell you what you are doing wrong to your face. Rather, they just hold grudges and talk about you behind your back. From the time he started school, my husband was very KY. Because he was the first born son and lived with his grandparents as well, at home he was the center of attention for several adults. He never realized at school, he had to compromise to his classmates. In the fifth grade, his entire classmates rebelled against him and he became the victim of almost two years of being bullied. He attended a private junior high school and because he never knew what he did wrong, he became awkwardly polite and never expressed his opinions publicly. At work, he doesn’t get too close to his coworkers. There is still a fear in him that he may do something to upset people without realizing it. He is only free to express himself with family and close friends. 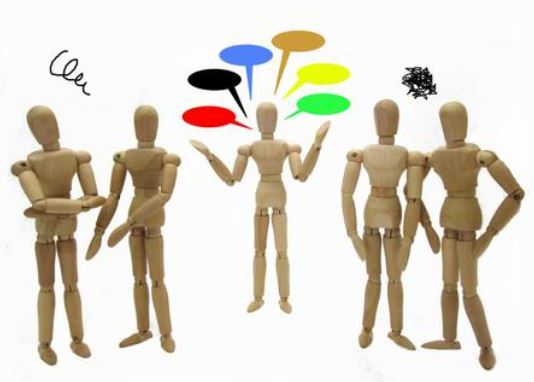 The person of KY

When I look at my children, I can see that this social skill is something that people are born with. My young daughter is not KY, but my son is. One morning, I had a cold and wanted to stay in bed. All morning, my older son asked me to find his coloring pencils and other small things until I told him I am too sick and he must do things for himself. My daughter did not ask for my help once. In the afternoon, when she came home from school, I noticed she was wearing navy blue socks but one was longer than the other. I asked her about it. She replied, “I couldn’t find the exact pair but I didn’t want to disturb you this morning.” She saw that I was not feeling well and wanted to let me rest. My son did not notice until I verbally pointed it out. Indeed, my son has unfortunately inherited my husband’s KY genes.

My son is lucky that though he was born KY, he is also blessed with the ability to make people laugh. Because he is friendly and funny, he always has good friends. However, to people he does not consider a friend, he completely ignores their existence. But because we are aware of his deficient social skills, we try to make him more aware of people around him.

Just telling him is too abstract. He actually has a behavior notebook. Each day, he must try to do ten nice things without being told. For example, he helped a classmate distribute her report without being asked. He holds the door open for people in our building. He helps me carry heavy bags. The key words are “doing without being asked to.”

For skills that do not come naturally, I think they must be taught. Because of what my husband went through, we realize the importance of teaching our son good social skills. The funniest thing for me to watch is my husband’s reaction to some of my son’s behavior. He once said, “I never realized how annoying KY people can be until our son was born!” 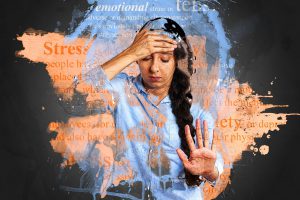 What is your job-related worry? 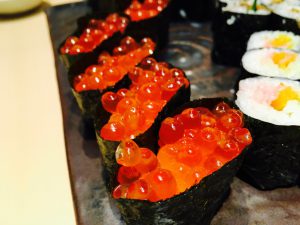 ikura, one of the most popular sushi items