About a month ago, an American manager came up to me after a workshop I had taught and remarked, “My experience is that the Japanese won't accept women managers. I hired a woman onto my team to be the interface with our Japanese customers in a technical area. I had been their main point of contact up until then, but I really didn’t have the background. Even though I made it clear that she was going to take over the contact role for me, whenever they have a question they still come and ask me. They won't work with her. I guess it's just not a good idea to hire a woman to work with our Japanese clients.”

I hear this type of comment from time to time, especially in industries in the US where women are just beginning to be accepted into management. It concerns me that some American men in management positions immediately come to the conclusion that the reason the Japanese are uncomfortable working with someone new is because she is a female. Or an ethnic minority, or a person with a disability, etc. My experience is, on the contrary, that the Japanese can be more comfortable working with women, whose management style may be less confrontational and more collaborative than the typical “Type A” American manager. What really was the problem here?

I asked the manager how he introduced the female manager to his Japanese customers. He replied that he had brought her to a meeting with the customers, introduced her as a specialist in the field, and said that from now on she would be their point of contact. Then he had left the meeting to her. He came back later in the afternoon, and discovered that his customers had saved up their questions for him. And even now, the Japanese were still contacting him about matters that he had delegated to her. He was trying his best to accommodate them, but wouldn’t they do better with a man in the job? The story he told himself was that the Japanese did not accept women managers, and it might not be a good idea to hire women to work with the Japanese in future.

The issue was not that she was a woman, but that he had surprised his Japanese customers with a change in relationships without any warning. He would have the same issue with a male manager if he did not lay the groundwork and support the new relationship between the manager and the customer. 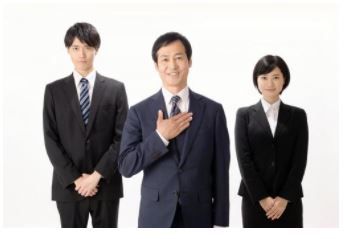 The Japanese had established a relationship with him. Now he was asking them to accept a substitute. If they were not prepared in advance for the change, they might conclude that their business was not very important and they were being shifted to a subordinate.

Relationships are of prime importance in Japanese business. When bringing in new team members, care must be taken to prepare the Japanese for “passing the baton” as early as possible. Let the Japanese know in advance that someone new will be the point of contact, or madoguchi. Before the person arrives, tell your customers about the new person, their name, what their work background is, and other pertinent facts. When the person arrives, take the time to introduce him or her properly, in a small group prior to the formal meeting. By making the proper formalities, you show that the new person has your full support. You also show that the relationship with your customers is important, and you care about what they might be feeling. When you ask the Japanese to accept a substitute, you should say something like, “I'm sorry I can't provide you the best possible support in this technical area, so I have brought in this new person, whom I trust, who will take care of your needs.” The Japanese do not like surprises. Springing a new contact on the Japanese will damage the trust, and make it harder for the new person to be integrated.

When the new team member is correctly introduced and clearly has your full support, the Japanese will begin to develop a relationship with them. Their role in the company, their qualifications and their character are more important to the Japanese than their gender, ethnic background or disability.

Japanese culture is what is known as a “high context” culture, meaning that it is hard to conduct business unless a relationship is formed first. American culture is more of a “low context” culture. We are expected to be able to dispense with formalities, roll up our sleeves and get down to business. A few years ago, an American bank had a slogan that went something like this: “We’re here. Let's get started.” We like the idea of jumping on new opportunities, without necessarily having to get to know our business partners as thoroughly as the Japanese do.

Likewise, Americans are quite used to the idea of changing personnel in the middle of a project. If one team member isn't working out, then another is put in his place. In this case, the manager thought he could replace himself immediately with the new manager because, being a specialist, she was clearly a better fit with the content of the job. He didn’t think that the Japanese might prefer to contact the person they knew over the expert they didn’t know.

The American manager also assumed that there should be a strict division of responsibilities. Once he had delegated the interface with the Japanese customers to the new female manager, keeping them happy was her responsibility. He assumed that the customers were going over her head because they had a problem with her. The Japanese may simply have contacted him about the same subjects as a way to keep in touch with him.

The American manager on his side muddied the division of responsibilities and subverted his female manager’s authority. When the Japanese contacted him about issues that were her responsibility, he resumed his earlier madoguchi role, providing the Japanese customers with the information that they requested, instead of using it as an opportunity to foster the new relationship. By automatically assuming that the Japanese would not work with females, he perpetuated the problem.

My recommendation to him was to bring the female manager and the customers together and start over again with the proper introductions. He should let the customers know that the new manager has his full support and has the authority to make decisions in her area. He should also ask her along when he has lunch or drinks with the Japanese, to further solidify her place on the team. 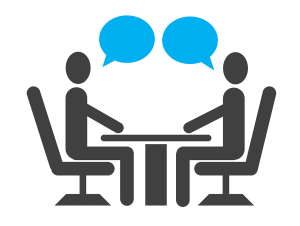