Marushin Hamburger and Its History

Marushin Hamburger that is well known for its TV commercial jingle “Ma~rushin, Ma~rushin Hanbāgu (Hamburger)” went on sale in the 1960s at a time when a food called hamburger was not yet familiar to the Japanese people.  This product enabled real hamburger to be easily enjoyed simply by taking it out of its package and cooking it without the need to use any cooking oil.  The product thus became to appear frequently on dinner tables and in lunchboxes as a “friend of ordinary people.” 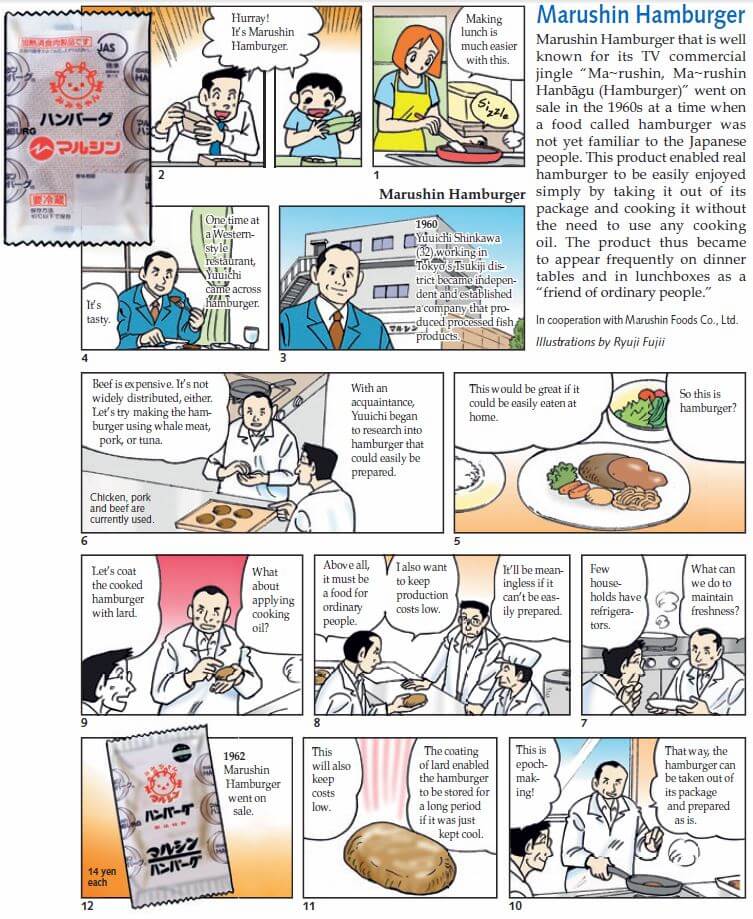 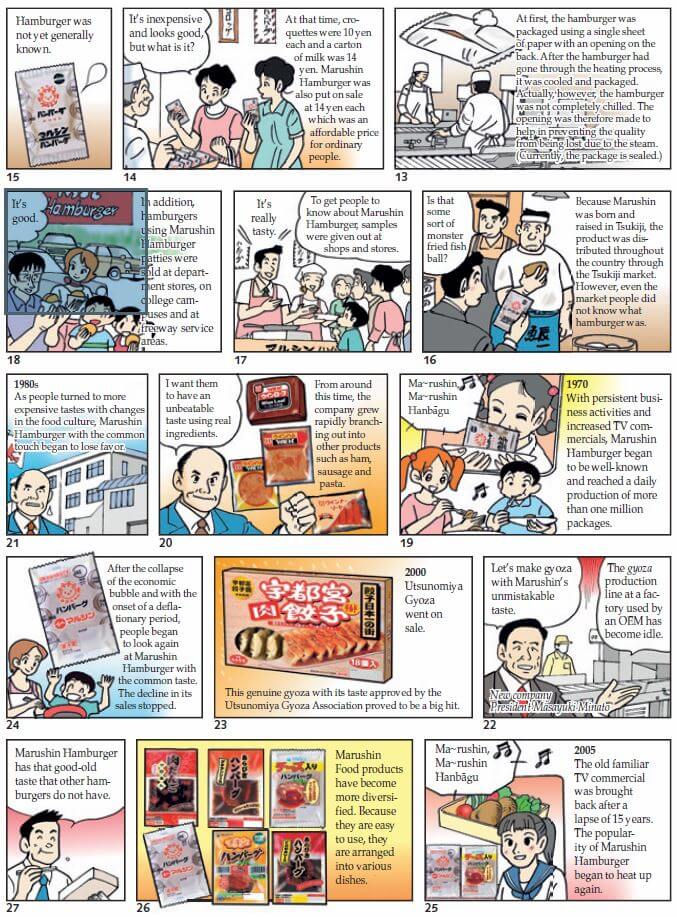 Making lunch is much easier with this.

One time at a Western-style restaurant, Yuuichi came across hamburger.

So this is hamburger?

This would be great if it could be easily eaten at home.

With an acquaintance, Yuuichi began to research into hamburger that could easily be prepared.

What can we do to maintain freshness?

It’ll be meaningless if it can’t be easily prepared.

Above all, it must be a food for ordinary people.

What about applying cooking oil?

That way, the hamburger can be taken out of its package and prepared as is.

The coating of lard enabled the hamburger to be stored for a long period if it was just kept cool.

This will also keep costs low.

At first, the hamburger was packaged using a single sheet of paper with an opening on the back.  After the hamburger had gone through the heating process, it was cooled and packaged.  Actually, however, the hamburger was not completely chilled.  The opening was therefore made to help in preventing the quality from being lost due to the steam.  (Currently, the package is sealed.)

At that time, croquettes were 10 yen each and a carton of milk was 14 yen.  Marushin Hamburger was also put on sale at 14 yen each which was an affordable price for ordinary people.

It’s inexpensive and looks good, but what is it?

Hamburger was not yet generally known.

Because Marushin was born and raised in Tsukiji, the product was distributed throughout the country through the Tsukiji market.  However, even the market people did not know what hamburger was.

Is that some sort of monster fried fish ball?

To get people to know about Marushin Hamburger, samples were given out at shops and stores.

In addition, hamburgers using Marushin Hamburger patties were sold at department stores, on college campuses and at freeway service areas.

With persistent business activities and increased TV commercials, Marushin Hamburger began to be well-known and reached a daily production of more than one million packages.

From around this time, the company grew rapidly branching out into other products such as ham, sausage and pasta.

I want them to have an unbeatable taste using real ingredients.

As people turned to more expensive tastes with changes in the food culture, Marushin Hamburger with the common touch began to lose favor.

The gyoza production line at a factory used by an OEM has become idle.

This genuine gyoza with its taste approved by the Utsunomiya Gyoza Association proved to be a big hit.

After the collapse of the economic bubble and with the onset of a deflationary period, people began to look again at Marushin Hamburger with the common taste.  The decline in its sales stopped.

The old familiar TV commercial was brought back after a lapse of 15 years.  The popularity of Marushin Hamburger began to heat up again.

Marushin Food products have become more diversified.  Because they are easy to use, they are arranged into various dishes.

Marushin Hamburger has that good-old taste that other hamburgers do not have. 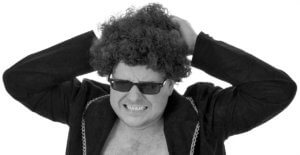 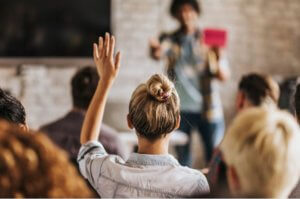 Japanese Job Interview -- (8) when asking questions from your side