Appearing in 1970, Tomica greeted its 50th anniversary in 2020.  The exquisitely-detailed, reasonably-priced, palm-sized Tomica minicars have been a long seller endeared by three generations of people with many of them being enthusiastic fans.  With a total of more than 538 million minicars already sold, Tomica has been fascinating both children and adults alike.  So, let’s take a look at the history and secret behind the creation of these detailed minicars.

I want this one.

Dad wants one too.

We’re going to be king of the toy world.

The company was relocated and reestablished in Tokyo’s Katsushika ward.

The tinplate toys in the market are all small.

I want to make something big.

The B29 airplane with a length of 37 centimeters became extremely popular both at home and abroad.

We’ll change our company’s name to Tomy which will sound more familiar to overseas people.  With this name, let us become a manufacturer that brings dreams to children.

Imported cars have a certain attraction, but they are not familiar to children.  I want to make miniatures of domestic cars.

Instead of plastic or tinplate, we’ll make the minicars out of metal so that they have the texture and massive feel of real cars

In that case, die cast.

Starting from the early 1950s, Tomy has advanced research in die cast technology.

In die casting, molten zinc alloy is injected into a metal mold.

The minicar should be the size of a child’s palm.

The overall size when put in the box should be 78 millimeters.

Even if sketched from a photograph of a real car, it doesn’t look like the real thing by merely shrinking it in size.

We’ll have to deform it to some extent and design its details to exhibit its features.  Otherwise, it won’t look like the real thing.

We have to make prototypes and check again and again.

The metal mold must be complete in detail.

Let’s smooth out the angles on the body and eliminate any projections.

Let’s also use enamel painting like that used for real cars.  So, it’ll take nine months from initial planning to completion.

Tomica World featuring products such as garages and elevator parking was developed.

A super car boom added to the popularity of Tomica.  The company could not keep up with production.

I wonder when the new Tomica models will be out.

In response to this voice and to commemorate Tomica’s 30th birthday in 2000, the company decided to put on sale a new model every third Saturday of the month.

The following year, the Tomica Limited Series of high-class display models aimed at adults made its appearance.

Children and adults both can enjoy Tomica cars.

Currently, Tomica models are classified by the numbers 1 to 140 and at least one new model is released every month.  It’s very exciting.

In 2006, Tomy merged with Takara to form Takara Tomy. 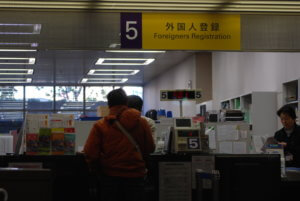