Just 2,000 yen for 9 kg! This is not a meat sales counter. It is the result of an event where you stuff in as much as you can. What can you take as much of as you can stuff in? Is it fruit? Is it vegetables? No, the answer is “old clothes.” A shop specializing in old clothes that allows you to have as much as you can stuff into a 24 cm x 34 cm bag, all for 2,000 yen, has appeared. The shop offers this service every day. The owner and manager, Yoshikatsu Watanabe, says, “We have resolved the problem inherent in the old clothes business that tends to cause a lot of headaches – too much in stock – by using the technique of stuffing in as much as you can (tsume-hodai).”

When asked about the impression of old clothes, a company employee in his 60s says, “Um… they’ve been worn by other people,” with a dubious kind of look. It seems that members of the generation of baby-boomers who were born after the war do not have a very good impression of second-hand clothes. When we asked other people in their 60s, both men and women, we received many negative replies, such as “old-fashioned,” “I don’t like them because other people have already worn them,” and “It simply does not feel hygienic,” etc.

Young people are not afraid of second-hand clothes

However, the children of this generation, the so-called “junior baby-boomers,” do not seem to have much against the idea. Watanabe gives the following analysis of this phenomenon: “There seem to be a lot of young people who unify their style to wear only things with the same kind of design, e.g., all clothes sold by Uniqlo, and then make a statement by wearing just one item of old clothing that is unique in its style or pattern.”

According to a survey of about 800 female university students carried out two years ago by the Japan Association of Specialists in Textiles and Apparel, the top three responses to a question on people’s image of old clothes were: “has individuality,” “has a certain flavor,” and “is fashionable.” More than 60% of the respondents had had the experience of buying old clothes, while the majority of them did so at shops specializing in old clothes. The average amount of money spent per shopping trip was 3,020 yen. As for the degree of satisfaction in regard to the product bought, more than 80% said either “very satisfied” or “so-so.” These results show that, unlike for their parents, for this generation old clothes constitute a popular style of fashion. Watanabe opened the first shop named “people meets wear” in February 2009.

This specialist shop is one of the largest in the country, with a sales floor space of 1,500 square meters. Watanabe achieved sufficient success in the old clothes business to open three branches in Chiba Prefecture in only two years. One factor behind the shops’ success is the idea of having the “take as much as you can stuff in” events to clear out all the backlogged inventory; other effective innovations include setting up dressing rooms so that customers can try on items, (It is currently a standard rule in the business to usually NOT install dressing rooms, with the aim of preventing shop-lifting.); cleaning dirty clothes that the shops have bought from customers; and allowing items to be returned, all reflecting a concentrated focus on the customer’s viewpoint.

“My children often get their clothes dirty, so I often buy second-hand clothes for them.”

According to a homemaker in her 20s, “My children often get their clothes dirty, so I often buy second-hand clothes for them.” A teenage girl who said she’d come shopping with her mother said, “The clothes on sale here have been cleaned before sale, so you can wear them without worrying,” looking satisfied. Her mother added, “We often come here to see if we can find any treasures.”

According to a shop employee, the customers are wide-ranging, tending to families and couples on the weekends and businesspeople on weekday evenings. There are also a large number of international visitors, such as from Thailand and South Korea.

“Japan-made bras are very popular overseas, even if they are second-hand,” says Watanabe, and although usually he does not buy in underwear or swimwear, he says he is considering changing this policy in regard to bras, for the overseas market. He is also thinking about adding Internet sales. In these and other ways, this “revolutionary” in the old clothes business is proud of his innovations.

Weekend Farming in Japan: What’s It All About - Therapy, Social Interaction, Education, Match-making? 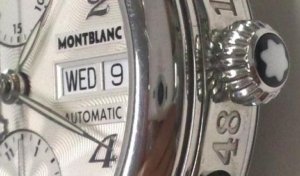