“I hope I will be able to take things easy from my wife’s earnings --- that’s my ultimate goal,” Eiji Tamaki, a 34-year-old regular company employee decked out in samurai attire, chuckles half-jokingly. Tamaki runs an online store, Orisian, selling tsumami-zaiku, small flower-shape ornaments made of folded (kimono) fabric, created by Chiharu, his 40-year-old wife. The ornaments are usually used for a hairpin, brooch or simply attached to a bag as a decoration. Selling daily online but twice a year, the couple has set up a booth in the biggest festival for creators and artists in Japan (or perhaps in Asian countries) to sell Mrs. Tamaki's works of art.

Design Festa, nicknamed “desa fes” by its fans, is a two-day art event held each May and November. This past May’s Design Festa, marking the 35th, was the third time for the couple to participate. “Growth has been gradual, but every time our sales increase,” says Tamaki with a smile. The price of his wife's works range from 600 ($7) to 4,000 yen ($50) and they usually sell an average of 140,000 ($1,750) to 150,000 yen ($1,875) per day. Having applied for the official registration of her tsumami-zaiku designs at the Japan Patent Office, the couple is now eying the overseas market.

“Nowadays we often receive inquires from abroad," he says. "I am thinking of selling her works on Etsy." Etsy is a growing e-commerce website focused on handmade art and craft supplies in the US. During the interview, their booth was swarming with visitors and his wife was busy selling and talking with customers. “I've got to go back and help her, or she will be furious!” he said, dashing back to the booth.

Catching Attention and Looking for Contacts or Interaction

But selling products and raising money is not the only purpose. Participants in this event also expect to garner attention and make contacts. Even with a hefty sale, the Tamakis also expect a lot of attention on her work with the intention to obtain new customers. But they are fortunate in that they reside in Tokyo. Many participants come from various regions of the country even from abroad.

A 31-year-old man from Fukuoka complained, saying, “Every time I attend it costs me around 200,000 yen ($2,500).” Wataru Fujisawa has participated in the event from three years ago. Fukuoka is more than 1,000 km away from Tokyo. The combined round-trip airfare, hotel, meals, booth charge and others amounts to that much money. The event is held on Saturday and Sunday, so hotel accommodations and airfare tend to be higher as well.

“I can’t cover my costs by the sales here,” he asserts. “Rather I am here to publicize my works and make new contacts.” Fujisawa works as a designer, creating event posters and CD jackets. “There are many more companies in Tokyo than Fukuoka,” he remarks. “I want to get the attention of any who might become prospective clients.”

Another participant informs me, “Some of the visitors were from the advertising industry looking for new designers, especially on Saturday.”

Looking around the venue, I saw several men in a formal attire, rather out of place in a lively and laid-back atmosphere. One of them was in the midst of a lively conversation with one artist that lasted for more than an hour. He goes by the artist name PX RX, and he confided to me after the talk, “He has such broad personal connections. It is his allure that I am interested in.”

These are good examples of attention and contact. But contact is not confined only to people in various industries, but more often with ordinary visitors. Having interviewed many artists, they were all happy interacting with visitors. Fujisawa also says, “I am very happy to hear comments from various customers. There are customers of all ages including those who are not familiar with the Internet and therefore not in a position to give me feedback online. Other artists aside from myself must also be craving for direct feedback and interaction.”

Customers are also satisfied with the interaction. A 63-year-old woman observes, “It is very interesting to look around at the various products and talk with the artists. For an old woman like myself, I feel energized and stimulated. The ambience is extraordinary. Talking with them inspires me to take up a new challenge.” But she also grumbles, “I end up buying too much stuff. That’s a bit annoying.”

One booth, run by a group of artists, aims to enliven and stimulate society through art. ArtMind is the group’s name and it has adopted the slogan, “Find Your Emotion.” Its representative Shinpei Ogawa tells me, “Art in Japan tends to be something special and remote from most people. I believe that’s one of the reasons why Japanese people may appear emotionless to some. So I want to give people a chance to get in touch with their emotions through art.”

Ogawa organized nine artists and set up a long booth in the venue introducing their works of art. Each artist communicated with customers and introduced ongoing exhibitions at other venues. ArtMind operates several exhibitions at restaurants and cafés. Design Festa is a good chance to inform customers about those other exhibitions.

Interaction Is a Key

Yukiko Kawamura, public relations staff of Design Festa, endorses the above motivations of both artists and customers, “I really think they desire interaction,” she says. “Design Festa is like a school festival. If they can make a profit by selling their products, it achieves more than just success. If profit makers are only the participants, there can’t be that many repeaters.” According to the organizer, close to 70% of the total of 3,000 booths is occupied with repeaters and this ratio has been growing.

The craving for interaction was one of the strong reasons behind the birth of this event as well. The first Design Festa was held in September, 1994. It was time when renting a gallery to hold one-person exhibitions was financially prohibitive and the Internet had yet to be established as a medium. “But there were many people who want to show their works,” explains Kawamura, “And our founder thought it would be interesting to merge different genres of art, and even music, to attract many new customers.” The number of visitors to Design Festa has been growing year by year. For May's event, visitors reached 64,300 in total. With that many people, the artists' aim of showing their works must be readily accomplished.

The founder also hoped mixing different genres would result in some new developments. “Making friends with neighboring booths leads to a group exhibit or collaboration in production,” Kawamura points out. “Some people even got married after meeting in this event.”

Open for Everyone Who Wants to Express

Over the 18 years since Design Festa's initiation, various people have participated. Some participants have repeated since the beginning and even a three generations of participants --- a mother, her son and his grandfather, for example. Foreign participants also take part. The organizer certainly has international color in mind. After all, the event’s official title is “International Art Event Design Festa.” The official data states there are group participations from Korean and Taiwanese art schools which exhibit their students’ works and some foreign embassies in Japan have introduced their countries’ artists.

Savannah College of Art and Design (SCAD) is one of those art schools. Its booth was not only introducing works by its students, but also promoting the school itself. A staff member says, “We have a school in Hong Kong, so we are recruiting prospective art students.” On a table were a stack of school brochures as well as free post cards showing artists' works.

“Japanese people often seem reticent. But here many of them are very voluble with a broad sense of expression. Come and see them for yourself. You will see their inner energy and power,” she asserts.

The next Design Festa is scheduled to be held on November 10 and 11 at Tokyo Big Sight.

Tokyo is full of museums of all sizes and varieties. In the Ueno district alone, there are four major ones: The Ueno Royal Museum, The National Museum of Western Art, the National Museum of Nature and Science and the Tokyo Metropolitan Art Museum. But they are all established museums, which are included in most tourist guidebooks. Here, we introduce some unique art spots.

Design Festa, as mentioned above, is biannual event. But if you are not in Tokyo during those periods, you can go to its permanent gallery located in Harajuku, a famous youth fashion district. Opened in 1998, it has a long history and good reputation, and more than 80,000 people visit the gallery every year. There are 21 exhibition spaces where artists can express their artwork. You might find your favorite one and be able to converse with exhibitors to appreciate the work even better. The “interaction” is also alive here. No entrance fee is charged.

Located near Akihabara, world famous for electronic gadgets and a Mecca for anime culture, this art space’s exterior is unique. It appears like an ordinary school. Actually it was formerly Rensei Junior High School which moved and was consolidated with another school in 2009. Since then, its old premises were changed into an art facility. The building hasn’t changed and it still appears like a school, but once inside, the sense of creativity is palpable.

“The first floor gallery presents an exciting range of exhibits highlighting 3331’s unique vision of the art scene,” states the introduction in its official web site. “3331 aims to break the barrier of inaccessibility often associated with art museums and instead create an art space which everyone can enter at ease, including a wide range of spaces which visitors can enjoy for free. While walking throughout the arts centre you can sense the creative energy which makes up 3331 through the diverse range of artists and creative practitioners based here.”

Why don’t you restore your calmness after meandering around the bustling Akihabara district?

This art spot is unique in its location. The name derives from it: 2 kilometers and 540 meters away from Tokyo Central Station, between Japan Railways Akihabara and Okachimachi stations. Utilizing the space under the elevated railways, there are around 50 hand-made craft shops in a row. This area was once known for Edo’s traditional craftsmanship with shops selling jewelry or leather goods. Now you can find those spirits in products made in modern designs. You can also relax in its café and restaurant after a frantic shopping expedition in nearby Akihabara. 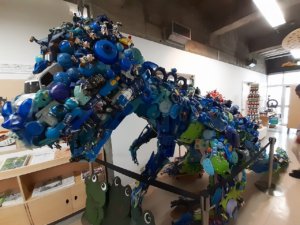 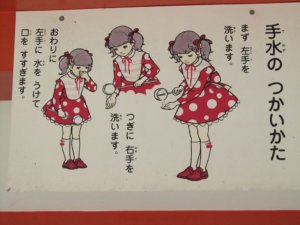