Hierarchy in a Japanese company

One aspect of Japanese corporate culture that often is difficult for non-Japanese to understand is the importance of hierarchy.  The status relationships among various different members of the organization is a key determining factor in how they interact with each other, and how they expect others to interact with them.

One aspect of hierarchy that tends to jump out for non-Japanese is the extent to which it determines the details of daily business activities.  Hierarchy is the standard way to set seating arrangements, determine who stays in what hotel and on what floor, or the order of addresses on an email, as well as more substantive issues of who should be approached to discuss what sort of issue.  Failing to observe the set hierarchy is virtually guaranteed to be extremely irritating to Japanese, because it is perceived as rude and also indicates lack of sensitivity to their culture.

Attention to hierarchy is an important part of business etiquette as practiced among Japanese.  Etiquette books typically include detailed charts of who should sit in what seat in a car, when riding on a train, in a meeting, or at a business dinner.  Anything where order or placement is to be decided must be done on the basis of relative hierarchy.

Japanese put more emphasis on their hierarchy than western countries

In any organization anywhere in the world, there exists a hierarchy that determines the members’ relative status. However, the degree to which this determines interactions in Japan is much greater than in many other countries, particularly those such as the United States, Australia, or the Netherlands, where egalitarianism is hallmark of how people relate to each other.

Perhaps the best analogy to understand the impact of hierarchy on interactions in Japan is to draw an analogy with the way that students in fraternities and sororities in U.S. universities, or, in a more extreme case, cadets at the military academies (e.g. West Point, Air Force Academy etc.) interact.  In these situations, student interactions are based on what year they are in school.  Freshmen are expected to show respect to upperclassmen, for example in the military academies first year students are expected to salute upperclassmen when they pass them on campus.  A similar atmosphere pervades all Japanese organizations, not only business but also clubs, sports teams, and social groups.  For example, one Japanese friend recounts her experience on her high school judo team, where as a freshman she was expected to run errands and do laundry for upperclassmen.  Similarly, an American who is studying aikido (a Japanese martial art) in the U.S. describes how the attention to hierarchy pervades every aspect of life in the dojo (practice room).  Although ranks are not indicated through belt color or other insignia except for those at the higher levels above black belt, every student is expected to know where they stand in the ranking, which is determined by when they started studying.  At the beginning of each class, everyone lines up in their rank order, so if you don’t know your position in the hierarchy, you literally don’t know where to go.

"Sempai" and "Kohai" relationship in a Japanese society

In Japan, a person can be your sempai (senior), kohai (junior) or doki (equal).  Sempais are those who entered the organization before you, who you must show respect or deference.  Kohai are those who entered the organization after you, who you have the ability to order around a bit, but also you have the responsibility to help show them the ropes.  Doki are those who entered the organization at the same time.  In the Japanese language, one needs to choose different phrasing and even different verb endings depending on what your status relationship is with the person you are speaking to, so knowing the other person’s status is essential.  This is one of the reasons that Japanese who don’t know each other immediately exchange business cards upon meeting, so that they are sure to have grasped their relative status correctly.

How can you use knowledge of this aspect of Japanese culture to improve your working relationships with Japanese?  First of all, be sure to accurately determine the status relationships of the Japanese you are working with.  This may require asking a Japanese person from that organization to help you decipher the meaning of the titles in their company (Japanese companies have traditionally used a fairly standard set of titles of General Manager (bucho), Assistant General Manager (jicho), and Section Chief (kacho), but in recent years many companies have adopted their own unique titling systems that may require explanation). But if you don’t have someone to explain, you are not necessarily lost. Although merit based promotion is recently gaining adherents in Japan, seniority-based promotion remains common, and thus age can often be used as a proxy for guessing someone’s place in the hierarchy.

How to deal with a Japanese hierarchy?

One important way to take account of hierarchy is to be sure to show due deference to high status individuals.  Japanese who have risen to high positions in their companies, particularly department manager or above, are accustomed to being treated with a great deal of ceremony and deference -- in other words, as V.I.P.S.  The more you can follow this approach, the better.  Make sure that senior people are given the red carpet treatment.  For example, if a high-ranking person is visiting your company, be sure that they are received with appropriate fanfare.  The highest-ranking person at your location should greet them on arrival.  Special care should be taken to make their hotel room as welcoming as possible, perhaps including a fruit basket or the like.  Also, be sure to show appropriate deference to high status individuals in business discussions, for example by avoiding disagreeing with them directly and causing them to lose face.

Also, be sure to pay attention to the hierarchical composition of the project team on the Japanese side, and match it as closely as possible on your side.  For example, if the Japanese side team contains a senior manager, a middle level manager, and a junior level staff, try to create a team to work with them that has a similar composition.

Finally, try to bond with individuals on the Japanese side who are at a similar level in the hierarchy to you, and/or are a similar age.  Japanese are often more comfortable bonding with people at their same level, and there relationships can be strong ones that continue as you both move up in your companies.

By understanding the role of hierarchy in Japanese interactions, you can work with it to your advantage. 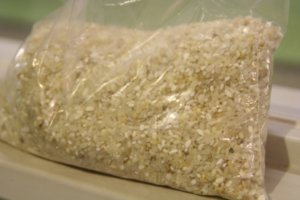 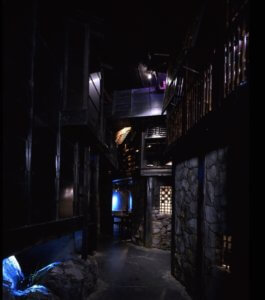