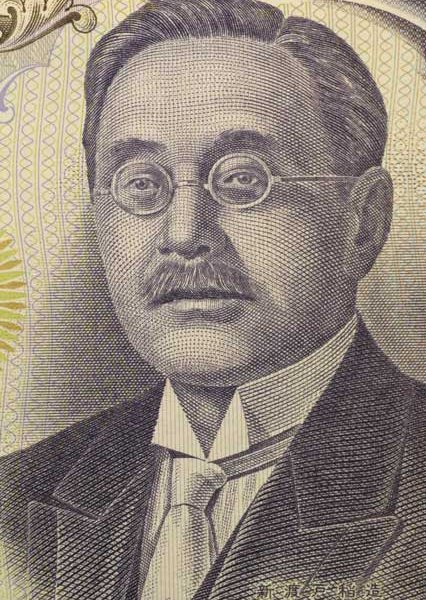 Inazo Nitobe, author of “Bushido, The Soul of Japan”, which was published in 1899 and became a worldwide best-seller, was an important figure who represented Japan. Although this book, which was the first English-language text to systematize Bushido1, was originally written to explain the moral framework of Japanese people to non-Japanese, Japanese language translations and guidebooks continue to be read among Japanese people even today. Inazo Nitobe’s portrait even once adorned 5,000 yen banknotes, but what kind of person was he?

Inazo was born into a samurai (warrior) household in Morioka City, Iwate Prefecture in 1862, and was the youngest of seven children. He was raised by his wise mother after his father passed away when he was just six. That era was a time of massive social transformation following the Meiji Restoration2 in 1867. Inazo’s mother strongly advocated the necessity of good education in such turbulent times, giving him advice such as “Study as hard as you can and endeavor to make a name for yourself – not just in Japan but throughout the world” and instructing him to “Always think of yourself as not yet the finished article. Avoid conceit.” Furthermore, believing that studying in Tokyo would be the best way for Inazo to get ahead in life, when he was nine years old, she sent him to live with his uncle in the capital – some 500 kilometers away from home.

In those days, education of children from samurai households was centered on classical Chinese texts such as the Analects of Confucius and martial arts. However, following the Meiji Restoration, Western culture gradually began to flow in to Japan and there was a large boom in studying English. Inazo also studied English earnestly, and in 1875, he was accepted at the elite Tokyo School of Foreign Studies. A year later, an English language paper he wrote entitled “The Importance of Conveying Christianity to Japan” was put forward for the Centennial International Exhibition of 1876, held to commemorate 100 years of American independence.

1 The general ideology that formed the basis of the ethics and values of the samurai warrior class in feudal Japanese society.

2 The Meiji Restoration was a chain of events that restored imperial rule to Japan in 1868 under Emperor Meiji. The Restoration led to enormous changes in Japan’s political and social structure. The period spanned from 1868 to 1912 and was responsible for the emergence of Japan as a modernized nation in the early 20th century.

After that, Inazo attended Sapporo Agricultural College in Hokkaido and converted to Christianity in 1878. However, it seems that he was troubled by the dilemma between his strong desire to succeed in life, which his mother had also hoped for, and the moral values of his faith. Being annoyed by the paradox, he felt relieved by reading Thomas Carlyle’s book “Sartor Resartus,” which took pragmatism and idealism as its theme. In 1881, when Inazo was 19, his mother passed away. Sadly, he was not able to attend the funeral service. Wrapped in contrition, Inazo became strongly conscious of his mother’s hopes for him.

Inazo went to Tokyo again in 1883, this time to attend Tokyo University. However, disappointed by the University’s low academic level at the time, he left just under a year later to study overseas in America. He enrolled at Johns Hopkins University in Baltimore in 1884 on a course focused on agricultural administration issues such as farmland problems. However, he also proactively tackled new research themes, penning an essay entitled “Japan–America Relations” for example. Inazo subsequently returned to Sapporo Agricultural College where he worked as an assistant professor before studying overseas again in Germany, where he mainly studied agricultural economics and obtained a doctorate. In 1891, he married Mary Elkinton – the daughter of an American industrialist – overcoming opposition from wider society. Upon returning to Japan, he taught numerous subjects at his alma mater Sapporo Agricultural College while simultaneously being active on a number of other fronts, such as contributing to establishing a private school that emphasized character development in his capacity as a public official in the Hokkaido regional government.

Inazo adhered to Thomas Carlyle’s famous saying “Do the duty which lies nearest to you” and put it into practice. However, his extremely busy lifestyle took a sizable toll on his physical condition and he was eventually bedridden with illness. In order to recuperate, he travelled to America and stayed in California for a number of months, close to present day Silicon Valley. The book “Bushido, The Soul of Japan” was written during that time. In the preface, Inazo writes the following about his reasons behind writing the book: “About ten years ago, while spending a few days under the hospitable roof of the distinguished Belgian jurist, the lamented M. de Laveleye, our conversation turned, during one of our rambles, to the subject of religion. “Do you mean to say,” asked the venerable professor, “that you have no religious instruction in your schools?” On my replying in the negative he suddenly halted in astonishment, and in a voice which I shall not easily forget, he repeated “No religion! How do you impart moral education?”  The question stunned me at the time. I could give no ready answer, for the moral precepts I learned in my childhood days, were not given in schools; and not until I began to analyze the different elements that formed my notions of right and wrong, did I find that it was Bushido that breathed them into my nostrils.”

The main body of the book explains Bushido as an ethical system. Looking at the table of contents, chapters such as “Rectitude or Justice,” “Courage, the Spirit of Daring and Bearing,” “Veracity or Truthfulness” “Education and Training of a Samurai,” “Self-Control,” and “The Institutions of Suicide and Redress” offer a systematic analysis and explanation of Bushido.

Published in English in 1900, “Bushido, The Soul of Japan” was translated into many languages – including Japanese. With the Russo-Japanese War of 1904 also stoking worldwide interest in Japan, the book became an international best-seller and earned Inazo fame on both sides of the Japanese border. For instance, Theodore Roosevelt, who was President of the United States at the time and acted as a mediator in the Russo-Japanese War, also read the book – and gave out several tens of copies to his acquaintances – while Inazo personally handed a copy to Emperor Meiji.

In 1903, following the publication of “Bushido” and the abatement of his illness, Inazo lectured at Kyoto Imperial University as a professor. In 1906, he became Headmaster of the First Higher School (a preparatory school for Tokyo Imperial University), and made efforts to nurture the students’ moral outlook in particular.

His activities also reached beyond Japan, such as delivering peace-related lectures at many universities across America and espousing the importance of cordial US-Japan ties. Furthermore, when the world’s first multi-government organization – the League of Nations – was established after the First World War in 1920, Japan was made a permanent council member and Inazo was put forward as Under-Secretary General. He poured his efforts into helping manage an international institution that was being built up from scratch. One of the legacies of his seven year tenure as Under-Secretary General that deserves special mention is the foundation of the International Committee on Intellectual Cooperation. This institution was the forerunner to today’s UNESCO and began to facilitate intellectual exchanges between specialists in many fields of science and the arts, with luminaries such as Marie and Pierre Curie, Albert Einstein, and Henri-Louis Bergson serving on the committee.

Inazo agreed with the purpose of the League of Nations and its aspiration for peace, and was thus proud of his work there. However, Japan withdrew from the League in 1933. Although Inazo backed the withdrawal, at the same time, he also thought it was a terrible pity. Here too, one can sense the distress that the dilemma between pragmatism and idealism caused Inazo. Later the same year, he passed away in the outskirts of Vancouver, Canada.

A Japanese-style garden was created in the grounds of the nearby British Columbia University and named the Nitobe Memorial Garden in Inazo’s honor. Of the Japanese gardens outside Japan, the Nitobe Memorial Garden is considerably highly rated and has even been visited by the present Emperor. “We must become a bridge across the Pacific” is the message inscribed on Inazo’s stone memorial there, and from it, one can sense the position he took throughout his life.

Business Training in Japan Is Not Popular. OJT Is Popular. Why?