What do you do to manage your subordinates? Do you give them a hard time? Or do you take a different approach? In this article, I will explain the subordinate management methods that have recently been adopted in Japan.

Do Not Scare Or Intimidate Your Subordinates.

There is a phrase “rule by fear.”  I hate this phrase because I think ruling by fear is definitely at the opposite end of the scale from the correct view of humanity.

In some cases managers have to be hard on their subordinates.  But this is totally different from scaring them.  These two things must not be confused.

Why did the former communist countries collapse?  It was because they ruled people by fear.  In today’s Japan, ruling by fear is obviously no longer possible.  The poverty and tight information control which enabled ruling by fear in former days have now been removed and Japanese society is becoming more and more diversified.  I once described this structural change as “the era of a hierarchical society is over and a new age of horizontally egalitarian society has begun.”  In the future pursuit of management, all managers will have to have a strong recognition of this structural change in our society.

So what should we do?  I think that the most desirable type of leader in the future is what I would call the shepherd-type leader.

The leaders of this type allow their subordinates to walk in front of them instead of leading them from the front.  Of course, these leaders first clearly set forth the principles, basic philosophy, each specific goal, and the final goal.  Then they walk behind their subordinates.  For example, assume that it has been decided to go south down to a certain point as the final destination.  In regards to the direction, the leader never comes to a compromise.  However, as long as the subordinates are headed south, in other words, as long as they follow the principles, the leader allows freedom of action to each subordinate.

The subordinates then enjoy working and find their jobs worthwhile because they can work on their own using their own ideas.  As a result, they can grow and succeed more easily.

There is an old Chinese folk tale of monkey king Sun Wukong who flew from Buddha’s palm all the way to the end of the world using his kintoun (cloud somersault) technique.  When Sun Wukong came back to Buddha, however, he discovered that the point he had thought to be the end of the world was one of Buddha’s finger.  That is, he never flew out of Buddha’s palm.  This story is very suggestive.  When subordinates enjoy working and fully demonstrate their abilities and yet, when viewed over a long perspective, they are being lead in the direction that the leader has determined, I would say that this leader is the ideal type of leader in the future.

Managers See Themselves in Their Subordinates.

We should be aware of the fact that subordinates always copy their bosses.

Interestingly, subordinates are good at discovering and copying their bosses’ faults rather than their strengths.

On the other hand, if a boss takes the initiative in setting an example of working hard, basically his or her subordinates will also come to attend to their work seriously.  I said “basically” because there are various other factors involved, such as the boss’s precise instructions and the subordinates’ complete understanding of the principles.  At least, however, the foundation for the entire team to work lively and intently is formed.

In contrast, it would be fair to say that a team lead by a boss who has no enthusiasm for the work cannot become a vigorous team.

I often come across people who publicly claim such things as “my people cannot do their work well” or “my subordinates are not motivated” without any hesitation.  But I think this is just like spitting in the wind.  To me, they sound like they are saying “I can’t do my work well” or “I am not motivated.”

Subordinates reflect their bosses like a mirror.  If the bosses change, their reflections also change. 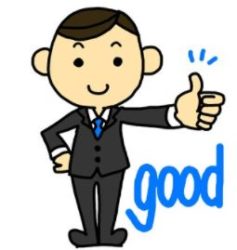 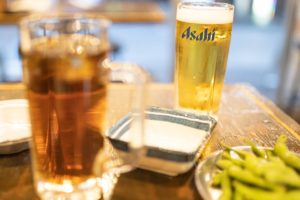