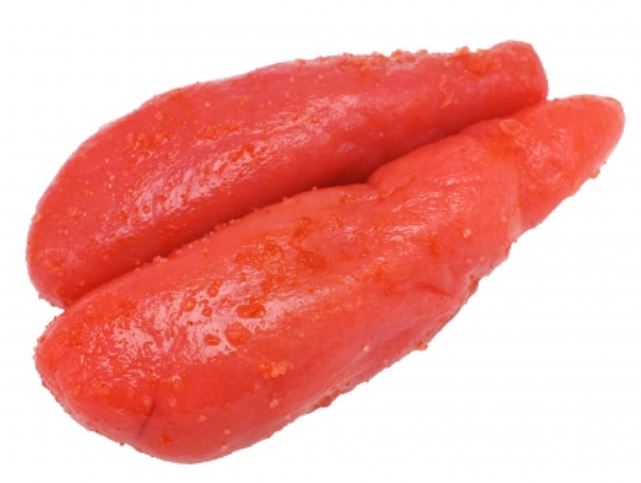 It is said that the opening of the Shinkansen or the  bullet train service to Hakata or Fukuoka  in Northern Kyushu, Japan was what made Karashi Mentaiko (spicy Alaska pollock roe), a local specialty of Hakata, well-known throughout the country of Japan. That is, the Shinkansen passengers having bought the Karashi Mentaiko sold as a local specialty in the train or at the souvenir shops within the train stations talked about it as a “spicy hot specialty of Hakata” and thus spread it throughout the country.

The Origin of Mentaiko Is Not Japan

Now, a lot of people in Japan may think that this Karashi Mentaiko was born in Hakata, Japan. The fact is, however, that Karashi Mentaiko was born in Korea. Every year, Alaska pollock their appearance in huge numbers along the Korean peninsula allowing for large catches of the fish. To enable the roe to be stored for a long period of time, one method used was to remove the roe from the female fish and then salt it. This was the beginning.

This myeongran jeots finally arrived in Japan in 1949 after the end of the WWII. The people of Hakata (Fukuoka) took this food that had been enjoyed by the Japanese living in Pusan, South Korea, before and during the war and tried various ways to prepare it so that it would suit the Japanese palate. The outcome was Karashi Mentaiko becoming the local specialty of Hakata (Fukuoka).

The Difference Between Mentaiko and Tarako

Karashi Mentaiko and Tarako (cod roe) are similar but different. However, as for both being Alaska pollock roe, they are the same in its ingredient. Tarako is made by simply pickling the eggs with salt. By further flavoring the tarako with liquid containing cayenne pepper, Karashi Mentaiko is made.

Thus, the taste of the Korean peninsula reproduced as a local food in Hakata or Fukuoka after the end of the war took a ride on the Shinkansen and conquered all of the dining tables throughout Japan just like “kimuchi.”

There are many myths like sushi was born in Korea and ninja culture was originally from Korean peninsula, and even Yakult was from Korea. This kind of misinformation is popular in S. Korea. But the origin of mentaiko is from there. Korean people should be more proud of this fact.