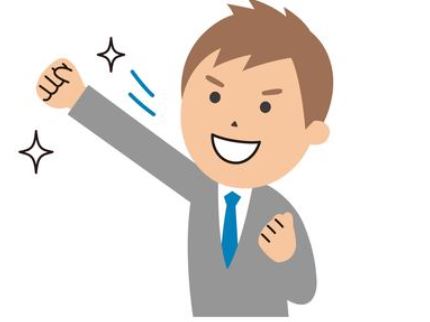 Charlie, who had been working at a Japanese manufacturing company for just over a year, did not feel appreciated. His company had just delivered their product to the market, after a race to rescue the schedule from some unforeseen setbacks. Everyone had pulled together as a team, including working many late nights and weekends. The product was delivered on time, and was doing well with consumers. During the project evaluation meeting, the Japanese management had pointed out the shortcomings and defects of the project and its execution, but they did not show their appreciation of the extra time and effort of the employees to bring the project together on schedule. They also did not praise the quality of the product itself. “We must work harder next time,” was all they said. His Japanese boss did not come to him and thank him for all the extra work he had put in, or his contribution to the success of the project. Charlie thought to himself, “Didn’t I do anything right?” Meanwhile his boss, Mr. Aoki, thought to himself, “I wonder why Charlie seems unhappy with his work. He was so enthusiastic when he joined the company a year ago. He has been working well with our team. We just shipped our product on schedule. This product is very important to our global strategy, and we did not let down the company. We had the proper sense of urgency and got the job done. Charlie should know he did good work. Why isn’t he working as positively as he used to?” The Need for Positive Feedback Charlie was a veteran of many similar projects at his previous company in the US. In his experience, after the successful completion of a project, management recognizes the contributions of the team. In addition, during the project, management gives positive feedback to individuals, and shows appreciation for their efforts. After all, without positive feedback from management, employees lose their sense of job satisfaction. This is not merely a matter of personal feelings. Poor morale in one individual, multiplied over many individuals, impacts the company as well.

Charlie was aware that in a US company in this industry, poor morale could cause employees to quit. Headhunters would begin to call frequently. Talented people, and even the so-so ones, could make a couple of phone calls and be in a new job very quickly. News travels fast, and if word got out that the company was not a good place to work and people’s efforts were not recognized, not only would they lose their best people, but they would have trouble recruiting new people to replace them.

Positive feedback is not common in Japan

So why hadn’t Charlie’s Japanese boss praised his efforts? First, positive feedback is not nearly as common in Japan as it is in the US. Mr. Aoki was not withholding praise from Charlie and lavishing it on his Japanese colleagues. Far from it. Japanese workers expect negative feedback as a way to improve their performance. Good performance is expected, so why be praised for doing their job? In addition, it is embarrassing to be singled out for praise. Also, in Japan praise is generally reserved for babies and toddlers, and is not acknowledgment of adult achievement. Therefore Mr. Aoki would not necessarily know that Charlie needed positive feedback for his job satisfaction. After all, he is an adult, not a toddler!

Mr. Aoki might also have been reluctant to give Charlie positive feedback because he was afraid that Charlie would ask for more money. In this situation, though, the opposite might happen. Charlie might well ask for more money if he doesn’t receive positive feedback and recognition from his Japanese boss. There are important differences between the US and Japan in terms of what employees look for in a job. Naturally, employees in both countries work for monetary rewards: salary, benefits, and job security. The differences are in non-monetary rewards. Americans want a sense of personal accomplishment, and a feeling that their work has value. Japanese employees’ non-monetary rewards are more heavily weighted on their group identity than their individual achievements. For Japanese, lifetime employment is the ideal. Belonging to a company, being part of a working team, and contributing to the team’s success, rather than individual recognition,
are the motivators. Working evenings and weekends to catch up the schedule during a crisis is part of the whole package of lifetime employment. It would be strange to be singled out for praise for this activity. Americans also like to be part of a team, but individual recognition is more important. Without that recognition, Charlie may feel that he needs to make more money to compensate for lack of job satisfaction.

What can Japanese managers do to improve job satisfaction, morale and retention among American employees? Here are some simple, effective ways to acknowledge employees. They take very little time, and cost very little. For example, Americans appreciate it when managers greet them in the morning. During the crunch time for the project, managers could walk through the work areas in the evenings and acknowledge that employees are working after hours. When a project is completed, the top executive could send an email to all the employees, thanking them for all their hard work. When the product is launched on the market, he can email the employees a message pointing to press releases and global advertisements for the product. In the US, companies typically use the product launch or some other milestone as an opportunity to have an employee recognition event, such as an all-hands meeting or a lunch. Giving a short speech of thanks and an update on the success of the product on the market is appropriate. Such actions provide non-monetary rewards, which helps increase job satisfaction and improve retention. The local employees in HR will be able to suggest all kinds of ideas for inexpensive ways of recognizing employees and motivating them to work harder on the next project.

What is the focal point of your life?