David Atkinson was once the head of financial research at Goldman Sachs, and is known for being one of the first to sound the alarm about the bad debt crisis in Japan in the 1990s. Mr. Atkinson is now the president of Konishi Bijutsu Kogeisha, a company that specializes in repairing national treasures and important cultural assets such as temples and shrines throughout Japan using traditional techniques of lacquering, coloring, and metal ornaments.

When asked about the attractions and disadvantages of Japan as seen through the eyes of an Englishman, David revealed something surprising. It seems that what we Japanese consider to be our greatness is our weakness in the eyes of foreigners, and on the contrary, our true strength lies in the areas that we do not necessarily consider to be our strength.

For example, many Japanese people believe that it was the Japanese people's diligence, like ranked No. 5 above, and insatiable focus on technology and quality, ranked No. 8, that enabled Japan to become an economic powerhouse after the Tokyo Olympics in 1964 and the World Exposition in the 1970s.

Population Growth Is the Reason for Japan's Economic Growth

However, Mr. Atkinson points out with data that the driving force behind Japan's economic growth before and after was solely population growth, and that Japan's population grew more rapidly than any other industrialized country, so that Japan could have easily become the world's second largest economy.

In fact, Japan and the U.S. are the only developed countries in the world with populations over 100 million today, but Japan's GDP was the sixth largest in the world when it entered World War II, and Japan already had the infrastructure of a developed country, including education, industrial strength, and technology. And while Japan's population nearly doubled from the end of WWII to the present, the population of the United Kingdom, France, Germany, Russia, and other powerful countries that were higher in GDP than Japan at that time did not increase as much as Japan. Therefore, Atkinson says, it is not a good idea to mythologize Japan's diligence and commitment to technology.

Instead, Atkinson believes that Japan has been stuck in a false sense of confidence since the 1990s, based on the glorious successes of the past and a misperception of the causes of those successes.

Conversely, while Japan's economy has grown in size thanks to population growth, it has failed to take the necessary measures to increase the productivity and competitiveness of each individual. As a result, while Japan is one of the world's largest economies in terms of size, its "productivity per capita" has always been low among developed countries.

The reason for this, according to Atkinson, is that Japan has mistakenly believed that the bad habits of the high growth period, such as long working hours, perfectionism, and wasteful paperwork, were factors in its economic success, and has been unable to change its behavioral principles.

In addition, due to their entrenched preconceptions of success, Japanese people, especially Japanese managers, are uniformly stubborn and reluctant to take risks. When the population was growing, the economy was able to grow naturally by managing the increasing population without taking any unnecessary risks, but now that the population growth has stopped and we are facing a decline in the population, the Japanese way of doing things without regard to efficiency will choke us.

True Advantages of the Japanese

At the same time, however, Atkinson says that the Japanese people's cleanliness, safety (as ranked No. 4), livability, attention to detail, dexterity, and seriousness show that they have a lot of potential. In Atkinson's view, the Japanese have great potential, but a misperception of past successes prevents them from realizing their potential, and in turn, prevents them from changing what needs to be changed. 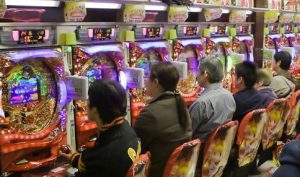 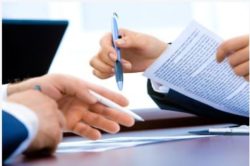 What is your image of a head-hunting company in Japan?