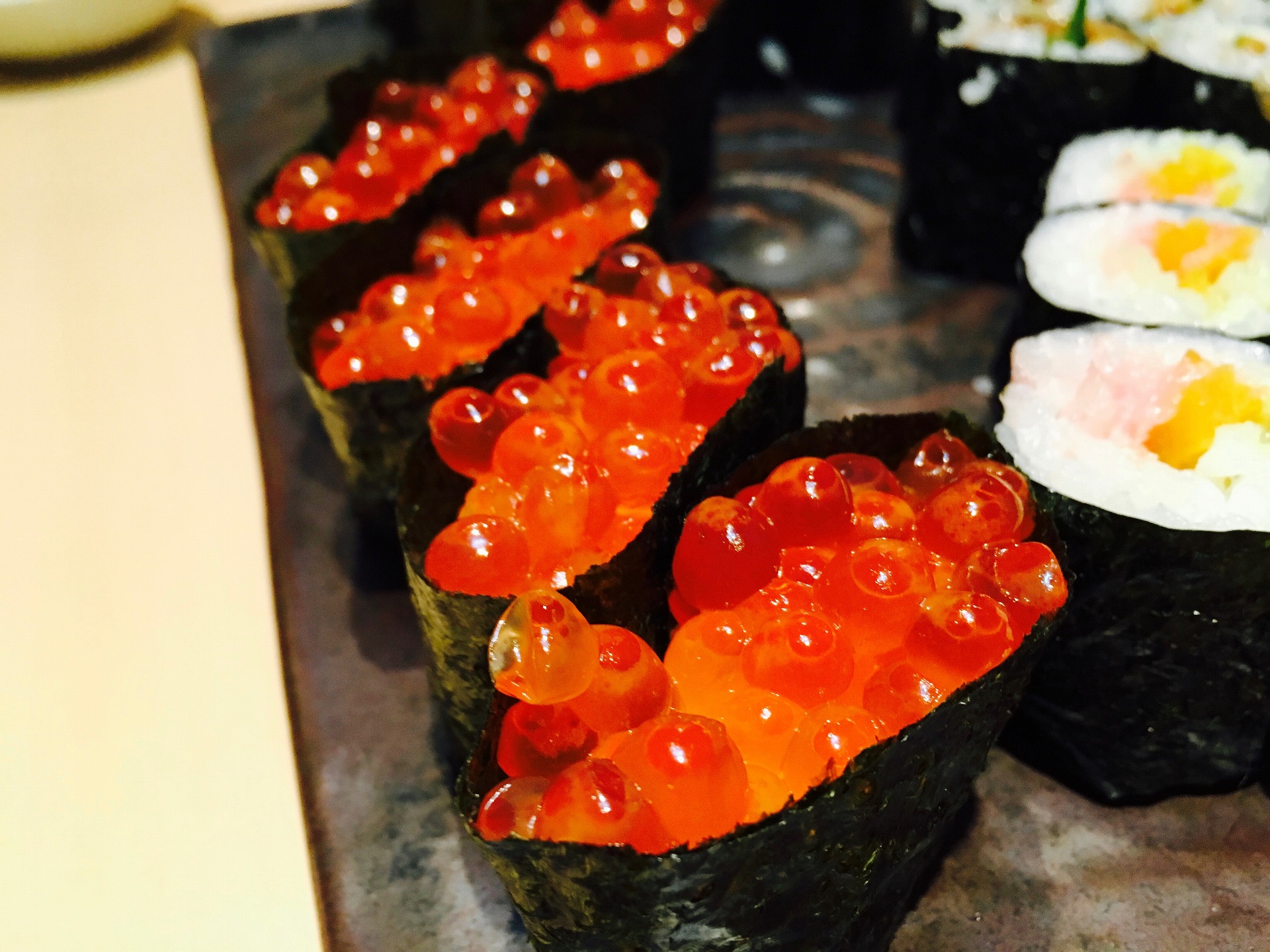 Ikura, a Staple Sushi Item, Has Its Origins in Russia

Referred to as the “Jewel of the Sea,” ikura (salmon roe) appeals to us with its ruby luster and “popping” sensation when eaten.  Because ikura is a popular sushi item, it is natural that a lot of people think that ikura originated in Japan.

In actuality, however, the word ikura comes from the Russian word икра (ikra).

In Russian, the word ikra means fish eggs in general.  The word is not meant to indicate only the eggs of a specific fish such as salmon.  In Russia, salmon roe is called red ikra while caviar is called black ikra.

In Japan, on the other hand, ikura generally refers to salmon and trout roe that have been pickled in brine with each individual fish egg being separate.

It is not only the word that has been handed down.  The method used to prepare ikura also came from Russia during the Meiji era (1866 to 1912).  At the time of the Russo-Japanese War, the Russian people ate salmon and trout roe as a substitute for caviar.

In preparing ikura, the roe is squeezed out of the salmon at the time that the fish are about to spawn.  The roe is then carefully separated into the individual eggs and placed in a normal salt solution in which the eggs are slowly stirred to remove all impurities.  The water is then drained and the roe is packed in containers.

Today, ikura which was introduced from Russia is considered to be a luxury food item.  It is served as a hors d’oeuvres or an appetizer with sake, a Japanese rice wine, in addition to sushi.  Although sushi has spread throughout the world as a representative of Japanese cuisine, we should not forget that one of the most popular sushi items has its origins in Russia.

The Air of Someone “KY”