Yokumoku Cigar and Its History, the most popular gift on business in Japan

Yokumoku Cigar, the most popular gift on business in Japan 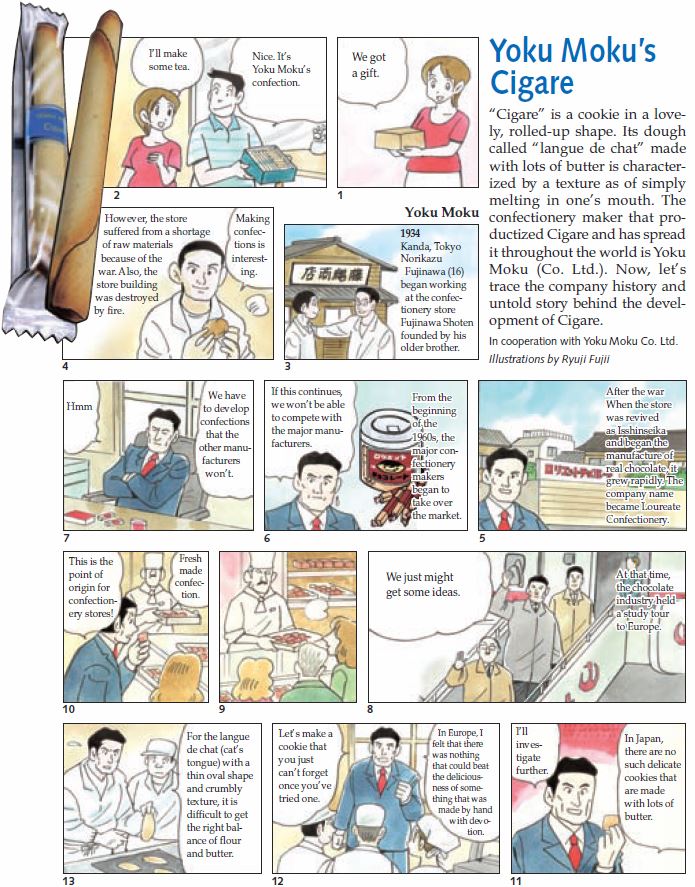 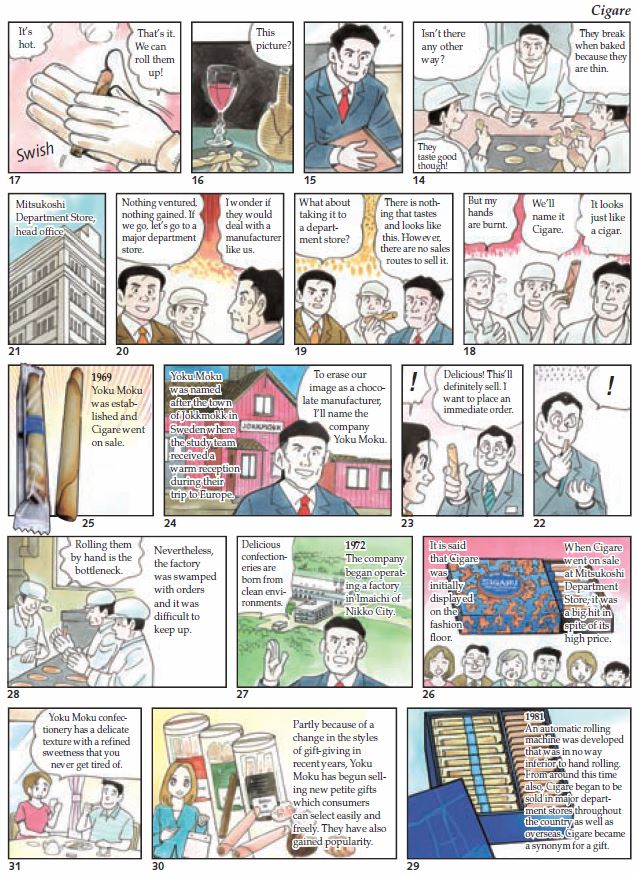 However, the store suffered from a shortage of raw materials because of the war.  Also, the store building was destroyed by fire.

When the store was revived as Isshinseika and began the manufacture of real chocolate, it grew rapidly.  The company name became Loureate Confectionery.

This is the point of origin for confectionery stores!

They break when baked because they are thin.

Isn’t there any other way?

They taste good though!

But my hands are burnt.

What about taking it to a department store?

Nothing ventured, nothing gained.  If we go, let’s go to a major department store.

Yoku Moku was established and Cigare went on sale.

The company began operating a factory in Imaichi of Nikko City.

Rolling them by hand is the bottleneck.

An automatic rolling machine was developed that was in no way inferior to hand rolling.  From around this time also, Cigare began to be sold in major department stores throughout the country as well as overseas.  Cigare became a synonym for a gift.

Edamame and Its History in Japan, a Feature of Summer Ever Since the Edo Period