Edamame and Its History in Japan, a Feature of Summer Ever Since the Edo Period 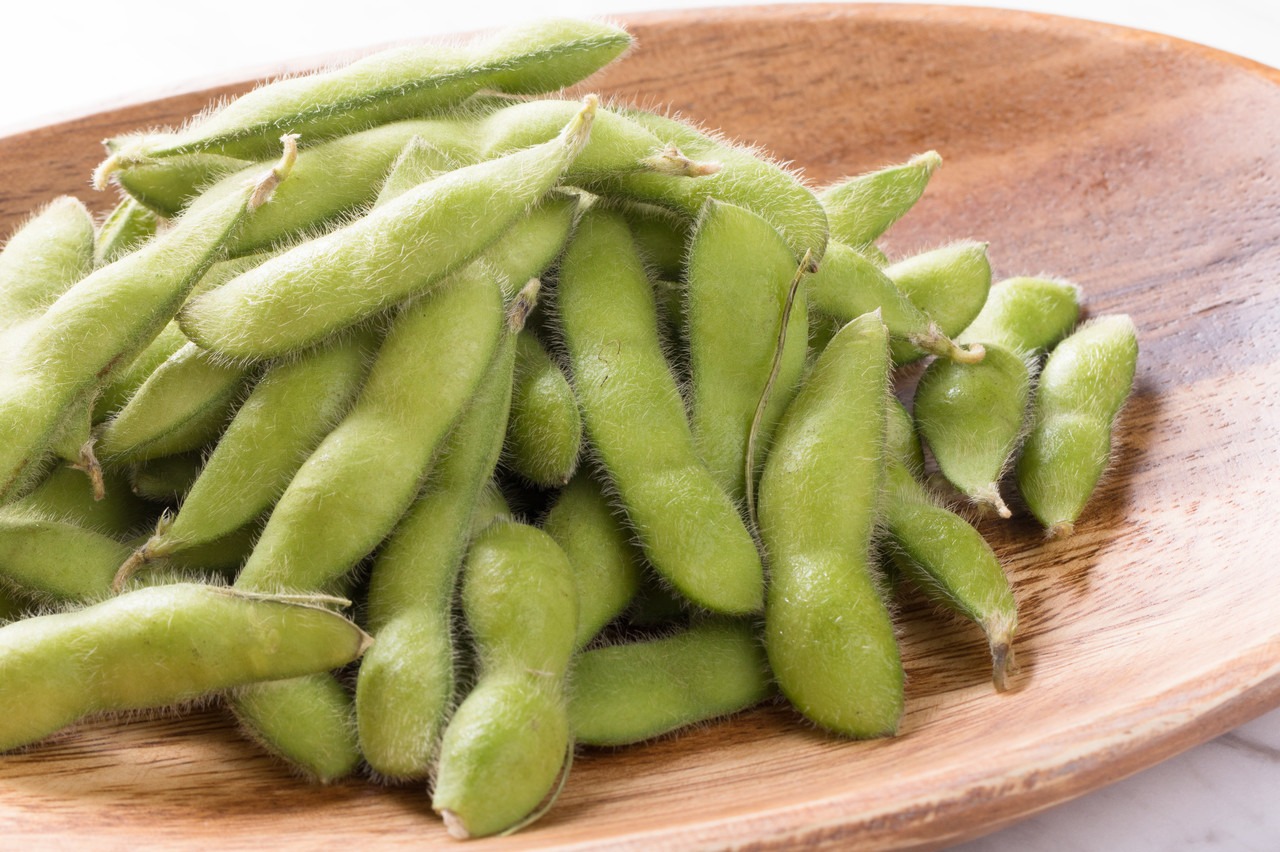 Edamame, a Feature of Summer Ever Since the Edo Period

Edamame (green soybean) is the perfect companion for beer during the summer.  With its vivid, fresh green, and crunchy bite, edamame goes well with ice cold beer at beer gardens during the hot summer.  Edamame is all you need to enjoy your favorite beverage.

Edamame As Ingredients for Japanese Dishes

From a side dish served with drinks for adults to a snack for children, the Japanese eat a lot of edamame.  Edamame can be prepared easily and deliciously, simply by removing the pods from the stems, washing them off and boiling them with a pinch of salt.  Edamame can also be eaten in other ways.  For example, it is often used as an ingredient of Takikomi Gohan (mixed rice) or as zunda (sweet edamame paste) that is then combined with mochi (rice cakes) to make Zunda-mochi.

Why is this bean, which gives poetic charm to summers in Japan, named edamame?

The beans are green because they have not ripened.  The stems with the young soybeans still on them are picked.  Though it may be too simple, they are called edamame because the beans are still on the stems (in Japanese, eda means twig (a reference to the short stem) and mame means bean).  There were peddlers walking around selling edamame during the Edo period (1603-1867).  The root of the name edamame is said to lie in the fact that those peddlers in the Edo period were selling the beans with the stems intact.

Soybeans were originally planted along the paths between rice fields.  Because of this, edamame are also called azemame or tanokuromame (both aze and tanokuro mean the path between rice fields) in the Kansai area.  Also, edamame were often sold after removing the pods from their stems.  It is said these beans were called sayamame (saya means pod).

Edamame, which has thus been a feature of summer since the Edo period, can now be eaten year round because of the advancements made in cooling technology.  Nevertheless, the best time for edamame is around July when they arrive fresh on the market.  In addition, a late variety of edamame can be enjoyed in September.

The taste of freshly picked edamame is exceptional.  The secret to boiling the beans to bring out the color is to add a pinch of salt to boiling hot water and, after adding the beans, to boil them without putting a lid on the pot.  Then, when the beans are done, immediately place them in a strainer and rinse them with cold water.  This cooking method enhances the green color of the beans making them look brighter and healthier.

The Reason Why Edamame Goes Well with Beer

A lot of people enjoy edamame as a snack with beer or other alcoholic beverages not because it simply tastes good, but because it is good for the body.  It is said that the vitamins in edamame help to break down the alcohol and alleviate the strain on the kidneys and liver.  So, when you order a side dish, never hesitate to say “Edamame, for now!” 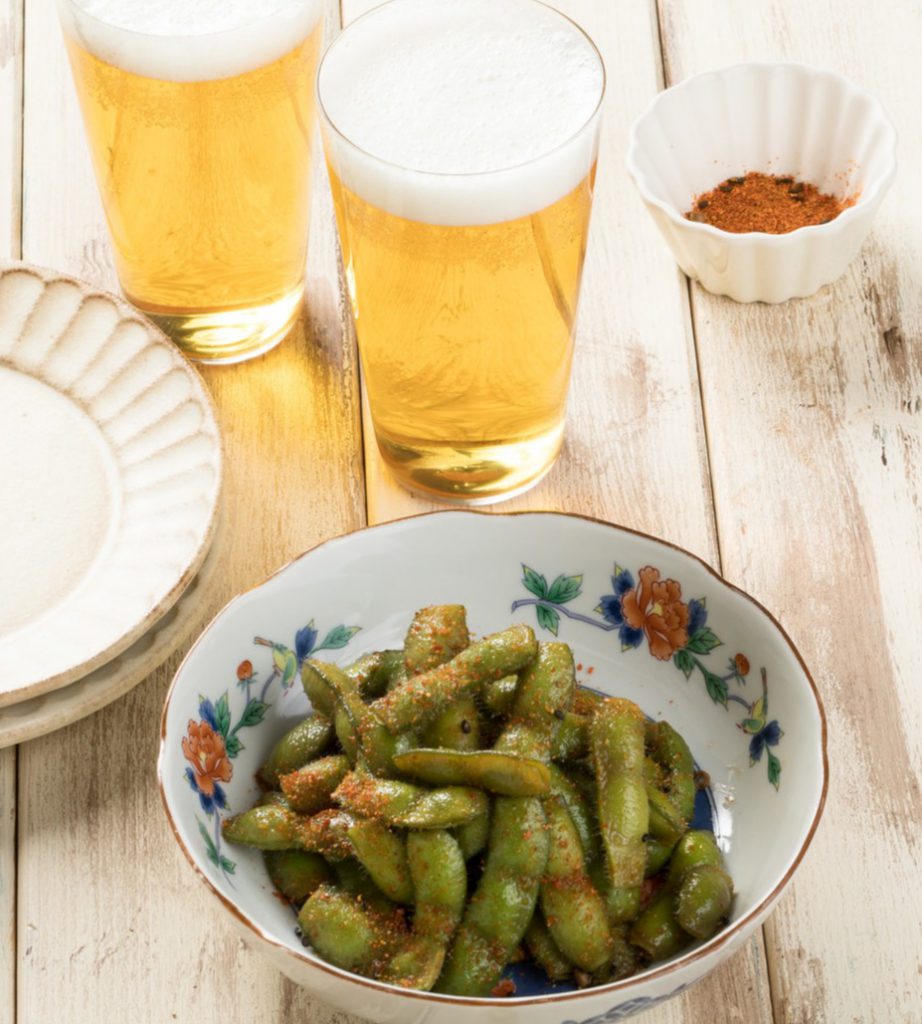 Yokumoku Cigar and Its History, the most popular gift on business in Japan

What it takes to be a good company in Japan?