It is said that Japan has the world's largest number of companies that have been around for more than 100 years. In fact, there are more than 33,000 companies. One of them is a company that makes this candy. How did it become such a long-lived company? Let's look back at its history. 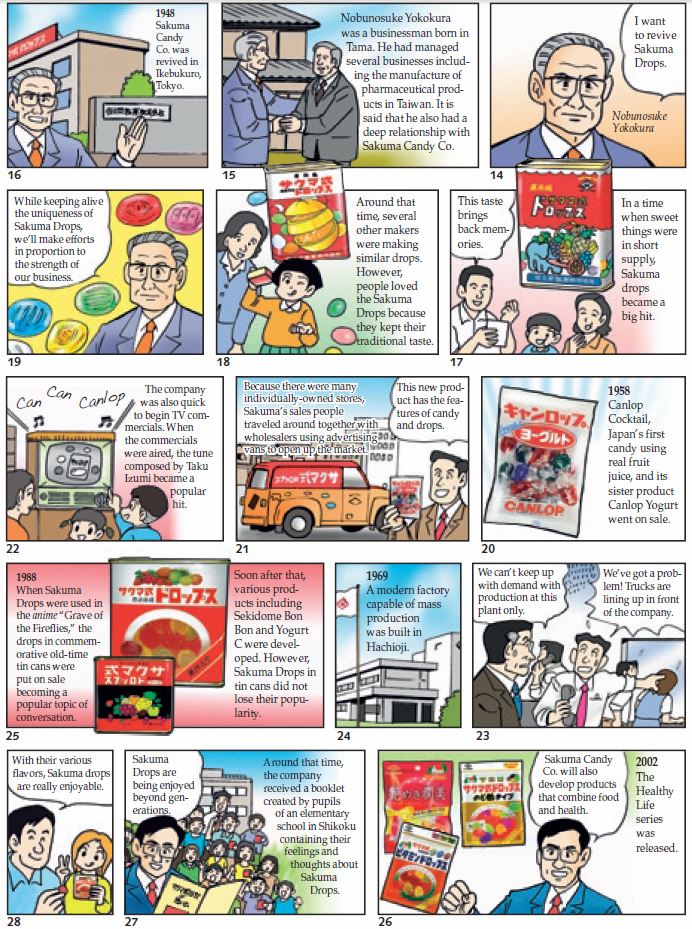 End of the Meiji era, Tokyo

Sojiro Sakuma working as a Japanese-style confectioner was studying about drops.

I’ll use some tart flavoring to create the fresh taste of fruit.

For the company mark, I’ll use a boat leaving three ports.

The factory was burned down in a bombing raid.  Sakuma Candy Co. was dissolved.

I want to revive Sakuma Drops.

This taste brings back memories.

Because there were many individually-owned stores, Sakuma’s sales people traveled around together with wholesalers using advertising vans to open up the market.

We can’t keep up with demand with production at this plant only.

A modern factory capable of mass production was built in Hachioji.

When Sakuma Drops were used in the anime “Grave of the Fireflies,” the drops in commemorative old-time tin cans were put on sale becoming a popular topic of conversation.

The Healthy Life series was released.

Sakuma Drops are being enjoyed beyond generations. 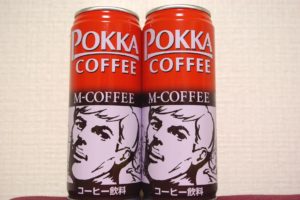 How Was Canned Coffee Born? 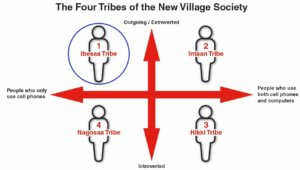