According to Youhei Harada, researcher of Hakuhodo Institute of
Life & Living, along the vertical axis, youth are divided into “outgoing/extroverted” and “introverted.” Along the horizontal axis, they are divided into “people who only use cell phones” and “people who (are able to) use both cell phones and computers.” Many young people in Japan don’t have any contact with computers, so there are great differences in their lifestyles depending on whether they use computers or not.

Members of the tribe in the first quadrant are outgoing villagers and use only cell phones. They have weak computer skills and rely exclusively on cell phones. As they don’t use computers, which are capable of searching for a great deal of information, their only sources of information are limited to what is mentioned on LINE NEWS about showbiz and romance/marriage. This group has a relatively low standard deviation academically.

However, these people are outgoing, with natural social skills. Therefore they have many good friends, and a great deal of word-of-mouth information flows to them from this network. While there is a lack of general and objective information, they do have the latest information as it happens.

Garusaa are the main representatives of this tribe. The term garusaa (gals’ circle) came from a 2006 Nihon Television series which dramatized “circles” (groups) of young women who held music and dance events in nightclubs. It combined garu (gal) with ibesaa (event circle), a term which received wide attention in the early 2000s.

These young women, sharing the same “gal” fashion sense and values, make connections with “gals” in other regions. Several garusaa often collaborate on the same events, which become very big. Within Tokyo, dozens of circles may gather, bringing together 500 people in all.

The problem in this tribe is that although they have a lot of connections, relying only on word-of-mouth information via cell phone results in their opening homogeneous chat groups. As can be expected in such a group, information sources tend to be biased. 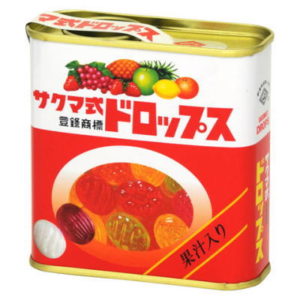 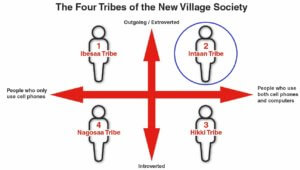