Do You Have It in Your Country?: Decals for Four Types of Drivers 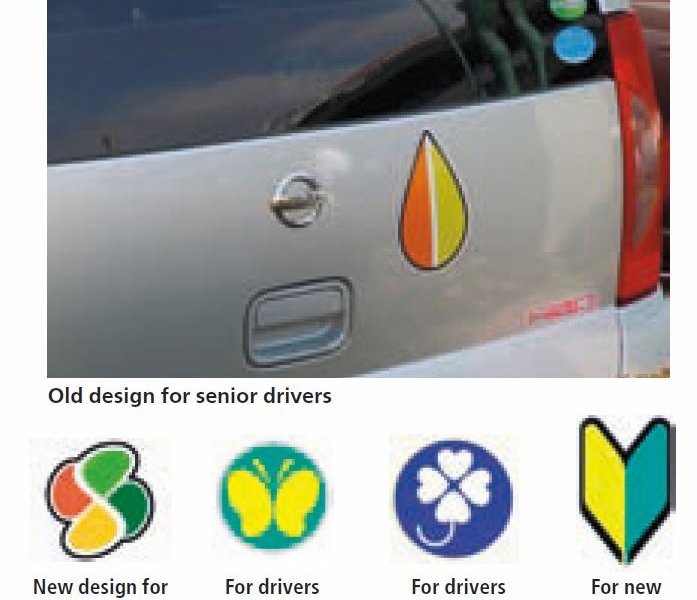 Decals for Four Types of Drivers

Based on Japan’s Traffic Law, four types of drivers are obliged to indicate their status by attaching a decal to their vehicle. These are new permit holders (used during the first year after obtaining their license); drivers with hearing disabilities; drivers with physical handicaps; and seniors aged 70 and above. Until recently the seniors had attached a decal in the shape of a leaf, but this was recently changed to a 4-leaf clover mark bearing the letter “S” in the center. The reason for the change was that the previous design was unpopular because its color and shape suggested a withered leaf. To safeguard those whose cars bear these symbols, the traffic law provides for fines and other penalties for aggressive drivers threatening those cars.

Japan — a Nation of Vending Machines!

What is “Kamaboko”? Explaining its history and its typical manufacturer, Suzuhiro