Japanese Younger Generation after the Disasters of 3.11

As Japan recovers from the triple disasters of 3.11, there is a lot of discussion about reform, about the need for change and re-considering the future. That in turn has led to a renewed discussion about “what to do about the young.” Ever since the fall from the Bubble Years in 1989-90, there seems to have been discussion about the failure of today’s younger generation to show the same energy and desire to build Japan that their parents and grandparents showed in the economic miracle decades after WWII. And yet today’s young generation has been educated to be a very different group of people.

Think about today’s 20 something. They were born just as phenomenon like otaku really took off. The otaku were first noticed in the late 1980’s and described then as a small group of young people who were obsessively searching for details on manga or anime. Of course in the 90’s the trend grew to mean all geeks had seemingly unnatural interests in particular aspects of subcultures. But in recent years, young people have all grown up as geeks in some way and have come to consider being an otaku as a kind of compliment. In fact in our proprietary McCann PULSE “Street” research of over 1,000, 16-25 year olds in 2010, we found that 66% hoped and wanted to be known as an otaku as it inferred they were recognized as having a special expertise.

Japanese Youth Respect Each Other

Recently we completed a global study that delved into the motivations of 16-30 year olds around the world. “The Truth about Youth Study” highlighted that “Generally, today’s youth in Japan respect each other’s interests and opinions. Even the people who used to be called ‘geeks’ (otaku) are regarded as ‘specialists’ of a certain field.”

Otaku behavior became all the easier for the today’s young to accept because of their early relationship with technology. Already in 1993, 13-year-old Japanese girls were telling me that “my computer is an extension of my brain.” By the late 90s, mid-teen had phones with i-mode access, the first generation of young people in the world to have the Internet style access literally everywhere they went. Today’s late teens have never known life without a 3G keitai (cellular phone) that have allowed them constant access to their passions.

So it is not surprising that young Japanese people do not act as their parents might have and are often criticized as not being focused enough. In recent years, it has been assumed that this is partly the fault of the “yutori” (relaxed) education policy introduced in the 1980s in which personality and individualism were highly valued. Introduced as a response to criticism that education was too forced on cramming and did not allow the development of enough independent thinking the yutori policy is now widely seen as the fall guy for a generation that chooses not to follow old ambitions. The mass media have often used the policy to criticize declines in scholastic ability and it has often been linked with the rise of the “freeter” generation. “Freeter” is a term used to describe those who have fallen out of or choose to drop out of the “normal” and work part-time, but they have taken a “free” choice to do something else.

Of course education is only partly what people learn at school. Family, friends, popular media are all education. A generation brought up on a mix of never ending diversity of products and continuous fads in retail learns to expect lack of conformity.

And let’s not forget the education that Japanese young people get from what is still arguably the most common media format in the country – manga. A few years ago, we undertook an ethnographic review of the most popular manga in recent decades and discovered the most obvious reason why today’s young people may think and act differently. We looked at the most popular manga series of young elementary school and junior boys in the 90s, Dragon Ball, and the 2000s, One Piece. Both are action/adventure series with dozens of ongoing installments. Both are built around a lead character who is on a quest and who has a group of associates who help him fight a common foe. In Dragon Ball, the members of the “society of friends” are linked to achieve their leader’s single goal. In One Piece, the leader has a goal, to be King of the Pirates, but each of his friends have their own individual goal and they work together only to help each other achieve what he or she wants.

Any wonder then that today we see teens and 20 something brought up on One Piece and similar stories, some of whom are likely to show freeter characteristics?

Comfortable with parents supporting their lifestyles, educated formally and through their media and shopping experiences to expect to be allowed to think of themselves and find their own expertise, younger generations can only be expected to behave differently to their parents.

Will the removal of the yutori education policy and a return to stricter methods make a difference? Possibly, but only if other educational factors outside schooling are in synch. There has been much discussion in recent years at the rapid decline in the numbers of Japanese students attending overseas universities. For example, one report suggests that across all Harvard undergraduate courses in 2011 only one Japanese student has enrolled. Even when it comes to vacations today’s young Japan shows less inclination to go overseas. Certainly there are many exceptions but there is also a widespread feeling that “staying at home is fine.” Some would say it is a comfort zone. Indeed our McCann PULSE research has shown that young Japanese does feel comfortable. Certainly when asked they say they believe the country is struggling and going nowhere. But when asked about their own lives they talk about increased personal freedom, about expectations of improved lives. And they expect it to happen as their own talents develop. Again the feeling that their otaku-ness will lead to comfort.

What young people struggle with are role models of success that represent the values and education they have been taught. They struggle to think of commercial success stories of people who have been allowed “to do things their own way.” This is why in our post 3.11 research individuals like Masayoshi Son, the founder and current chief executive officer of SoftBank Capital, have gained increasing admiration. While not exactly their generation he represents being able work outside the normal path, to being able to think differently and bring in ideas that challenge.

That is the real nature of education for Japan’s young, the need for role models doing what they have been taught as successful. 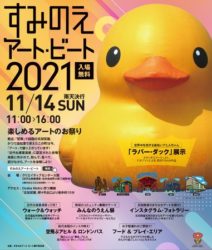